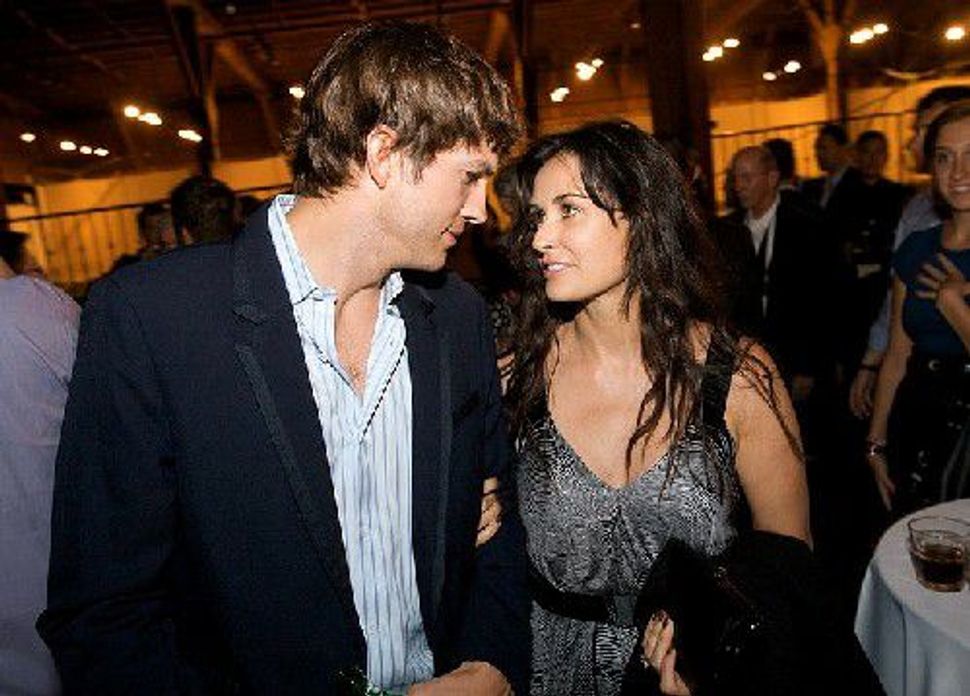 This past weekend, People.com reported that Kutcher tweeted to his 5.9 million followers, “Sharing Love & Light while in Israel.” This tweet came a few weeks after the king and queen of Twitter took to the web to let their fans know that all was well. In response to a tabloid story that their marriage was on the rocks, Kutcher, who is 15 years younger than his wife, tweeted that the story was “fiction.” Moore echoed his sentiments, tweeting, “Excellent point my love!”

Since the cheating accusation broke, the couple has stood by each other, appearing at the Clinton Global Initiative, on the Michigan set of Moore’s upcoming movie and even out on a date in Los Angeles.

Despite reports from Britain’s Daily Mail that the couple is in Israel to renew their vows (they married five years ago at The Kabbalah Center in L.A.), JTA reports that Kutcher is expected to speak today in Tel Aviv at the Bezeq Expo Conference, an event for the Israeli communications industry.

On Sunday, Kutcher posted a mixed message on Twitter — “Asking 4 the energy 2 forge bonds with our similarities & find compromise in our differences” — leaving the Twitter universe to wonder whether the couple is abroad to make peace in the Middle East or within their marriage.