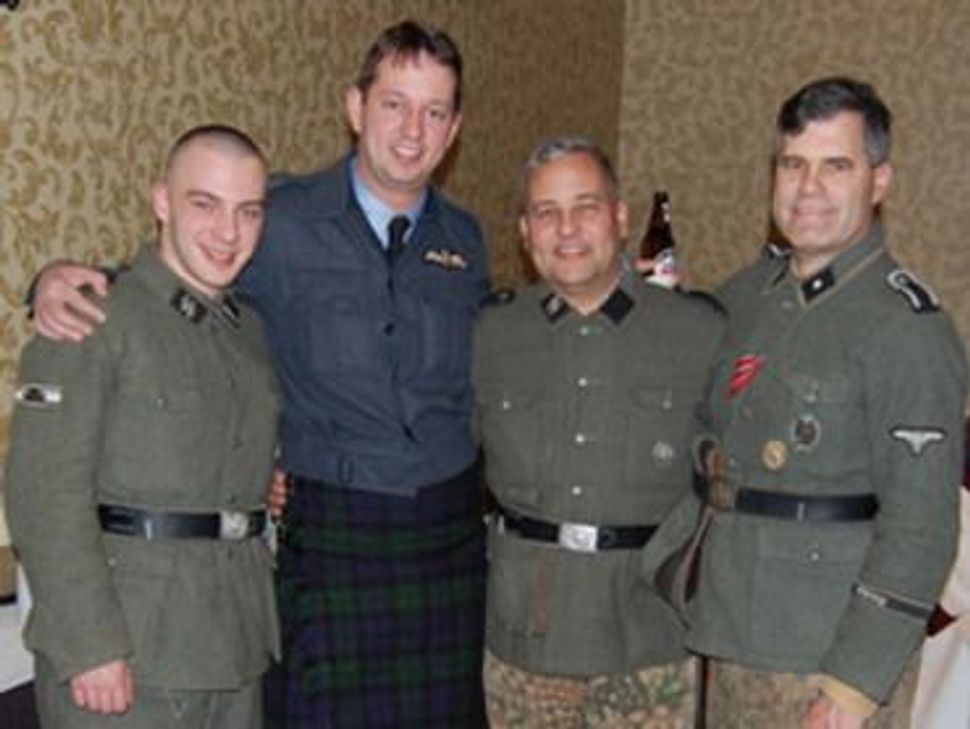 Here’s a question that’s popped up one time too many in the last few years: Why, 65 years after the fall of Nazi Germany, do some people still think it’s conscionable to don Nazi uniforms? And why, for goodness sakes, would they do so if they have political aspirations?

Associating with Nazism is career suicide, something Rich Iott, the GOP Congressional nominee from Ohio’s 9th District and Tea Party favorite, might soon realize after pictures of Iott in a German Waffen SS uniform surfaced late last week. The National Republican Congressional Committee came down hard, removing Iott from the “Young Guns” section of its website.

Iott, a member of the Ohio Military Reserve, used to participate in a historical reenactment society called Wiking, which re-imagines the battles of the 5th SS Panzer Division Wiking, a typically ruthless Nazi regiment that fought mainly on the Eastern Front in World War II.

“I’ve always been fascinated by the fact that here was a relatively small country that from a strictly military point of view accomplished incredible things. I mean, they took over most of Europe and Russia, and it really took the combined effort of the free world to defeat them. From a purely historical military point of view, that’s incredible.”

In the Atlantic article, Austrian historian Eleanore Lappin explains that Wiking soldiers were involved in the murder of scores of Hungarian Jews in early 1945. And Rob Citino, a military historian at the University of North Texas, points out “the entire German war effort in the East was a racial crusade to rid the world of ‘subhumans’ … it sends a shiver up my spine to think that people want to dress up and play SS on the weekend.”

The Republican Jewish Coalition sided with the NRCC, condemning Iott for lacking the “judgment we should expect of a lawmaker.”

While it’s probably safe to say Iott’s chances at office have just gone the way of the Third Reich, at least he’s been immortalized in the classic Downfall YouTube meme, drawing the ire of an angry Hitler. Check it out here.