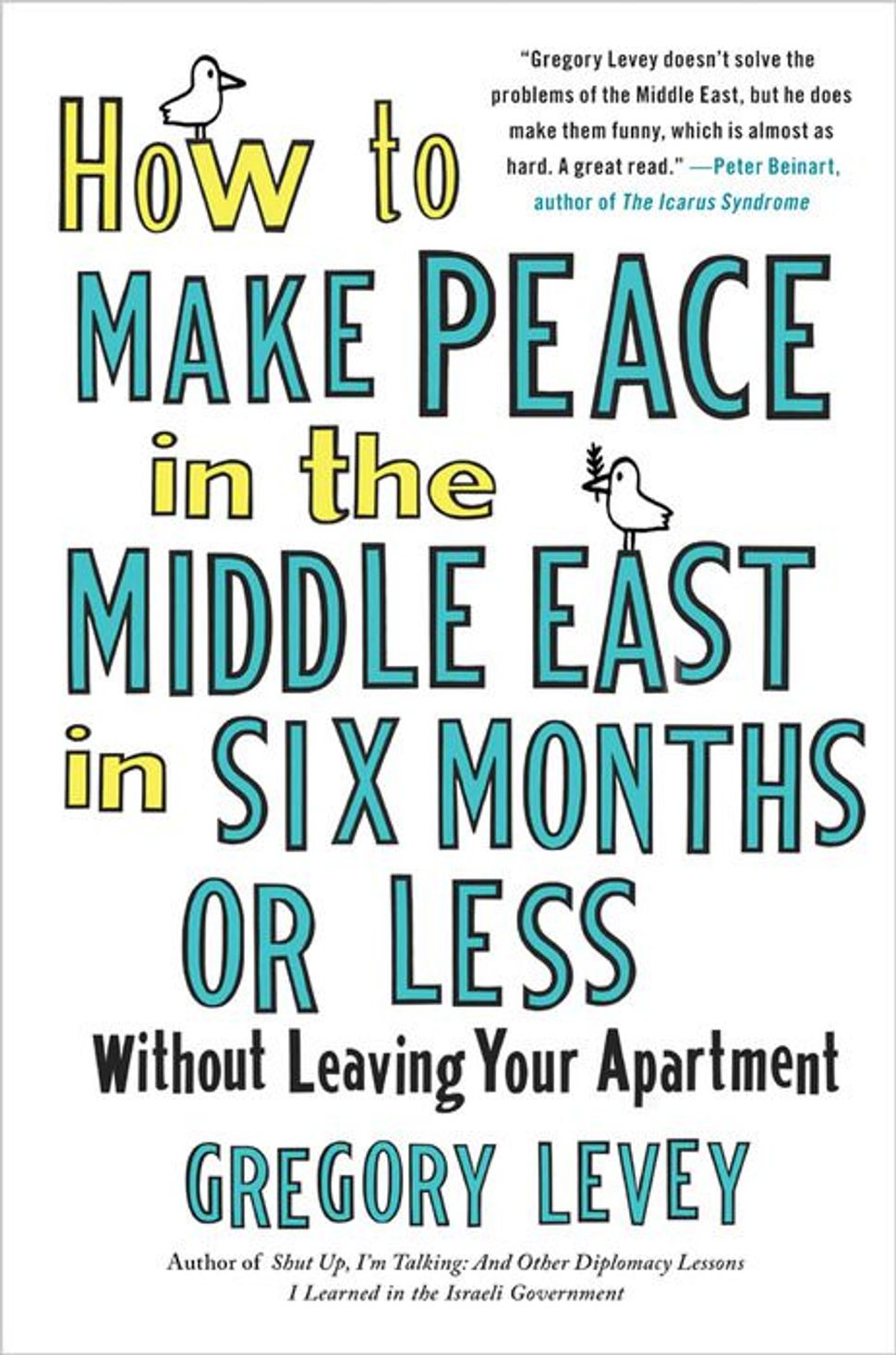 In his last posts, Gregory Levey wrote about late-night Middle East radio commentary and Amazon recommendations with his book. He is the author of the recently published “How to Make Peace in the Middle East in Six Months or Less Without Leaving Your Apartment.” His blog posts are being featured this week on The Arty Semite courtesy of the Jewish Book Council and My Jewish Learning’s Author Blog series. For more information on the series, please visit: 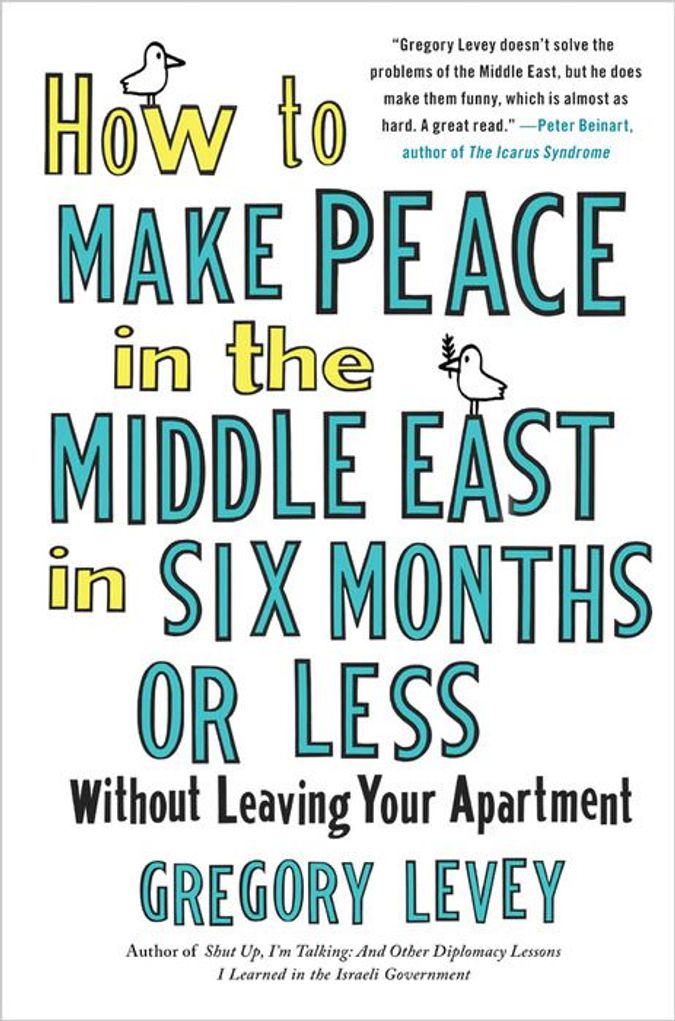 In the various radio, print, and TV appearances I’ve been doing to promote my new book, I often get the same question: Did you end up making peace in the Middle East?

My book is called “How to Make Peace in the Middle East in Six Months or Less Without Leaving Your Apartment,” so this is a natural enough question, but I still find it a bit forward. After all, why would I give away the ending to my book?

If people want to know whether or not I actually made peace in the Middle East from the comfort of my apartment, they are simply going to have to read the book all the way to the end to find out.

And if you think that I’m going to give away the ending in this blog post, then you are sorely mistaken. I can tell you that in my attempt to make Middle East peace, I spoke to people from all over the political spectrum, from friends of Prime Minister Netanyahu to a former adviser to Yasser Arafat. I spoke to spies, lobbyists, politicians, and thousands of Jewish grandmothers. I also did combat training with a rightwing Jewish paramilitary group, investigated a supposed “online suicide bombing,” went under cover as an Evangelical Christian, and ended up at a real-life castle owned by a cape-wearing billionaire who thinks he is a superhero called “Peaceman.” I can tell you all that, but I can’t tell you if I ended up making peace in the Middle East.

Gregory Levey’s second book, “How to Make Peace in the Middle East in Six Months or Less Without Leaving Your Apartment,” has just been released.