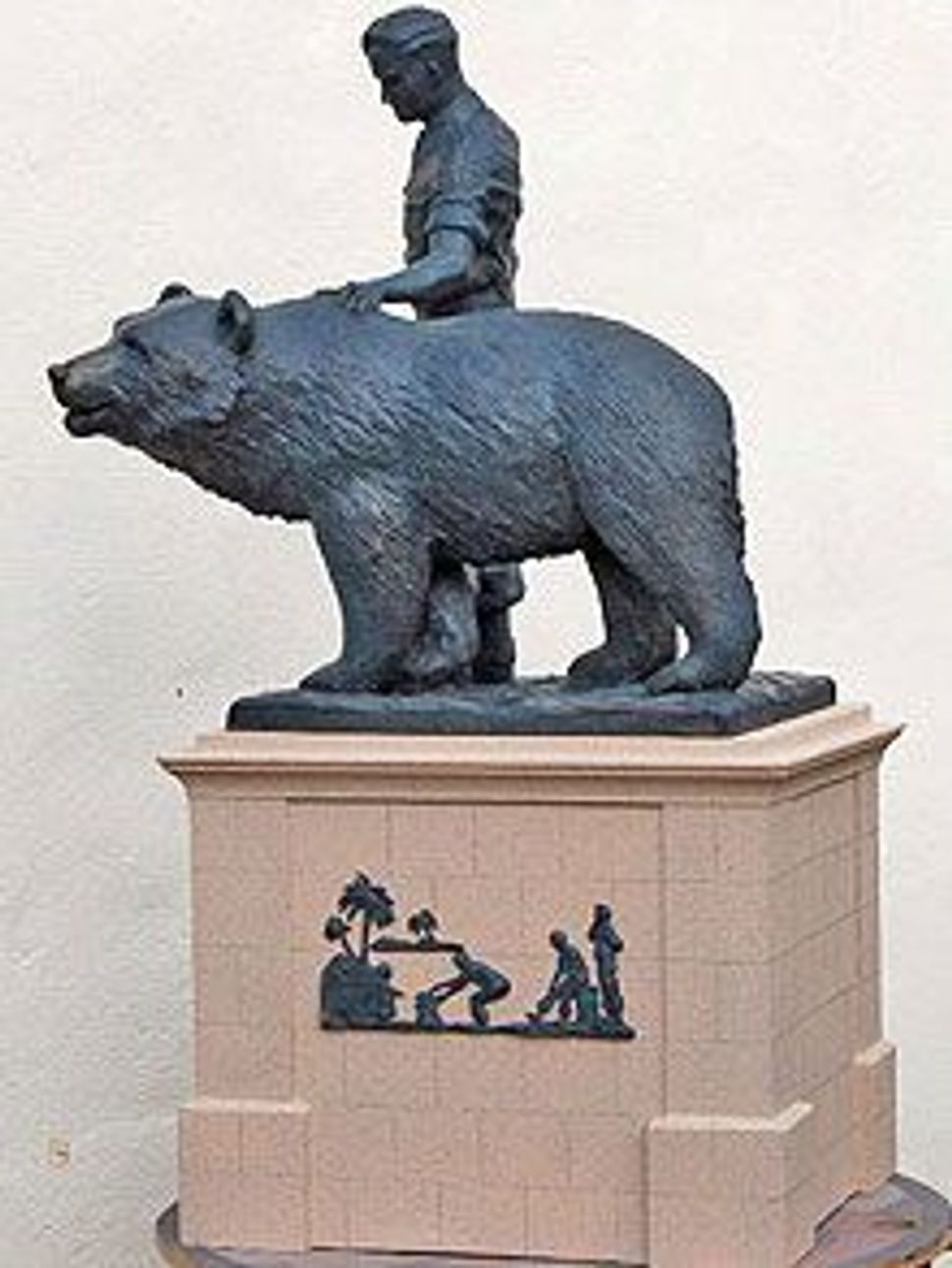 Maybe what obscured his place in history is the fact that Wojtek was a 6-foot-tall, 500-pound bear acquired by the army as a cub. But the city of Edinburgh — in whose zoo Wojtek spent his post-war retirement — is about to honor the hirsute soldier with a £200,000 statue by Scottish sculptor Alan Herriot. “It is the bear’s relationship with his comrades which is portrayed in Herriot’s sculpture — as opposed to the famous image of him carrying a mortar shell in his paws,” according to the UK Telegraph.

The scultpture depicts Wojtek’s keeper, soldier Peter Prendys, “placing a hand on the shoulder of the gentle giant, a stance he always adopted when the pair walked around camp together,” the Telegraph article says.

“Wojtek may be most famous for assisting his fellow soldiers in carrying the shells, but really the value was in the effect his presence had on morale,” Herriot told the paper. “I was very keen to depict that close friendship they enjoyed with him, as well as the entertainment and laughter he brought to the troops.”

After he ursine combatant was acquired he “quickly took on the role of mascot to the 22nd Company of Polish Army Corps,” according to the Scotsman newspaper. Wojtek — whose name translates as “happy warrior” — became part of the tradition and history of the Polish community in Edinburgh, the paper reported.