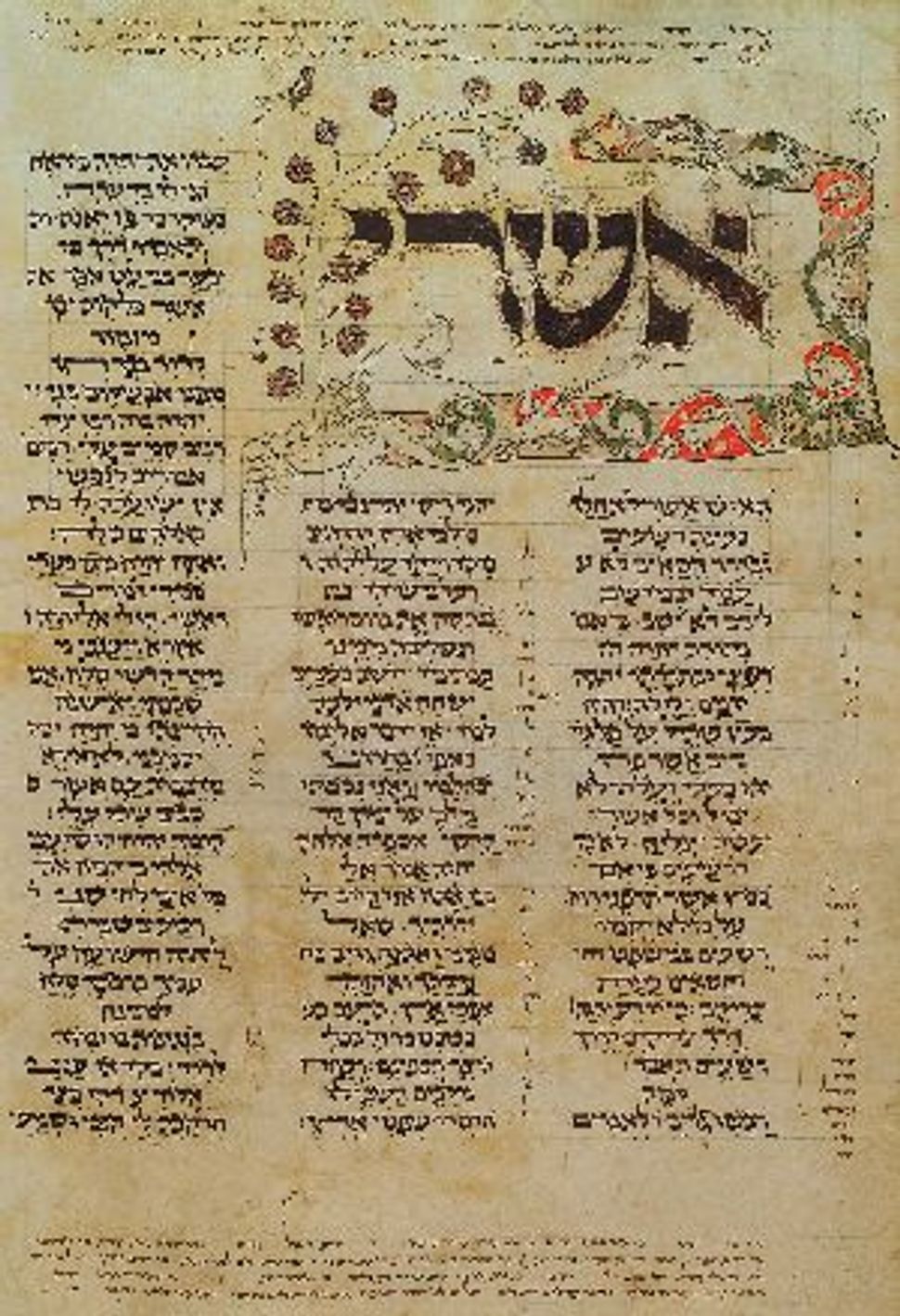 Originally inspired by a similar exhibit at the British Museum in 2007, “Sacred: Discover What We Share,” NYPL’s “Three Faiths,” puts on display 200 rare Jewish, Christian and Islamic sacred texts that are drawn exclusively from the permanent holdings of the NYPL.

The stately, dimly lit exhibition hall, floored in marble and ceilinged in mahogany, is arranged intelligently and elegantly, guiding visitors back in time to the ancient roots of these three great religious traditions. The very entrance to the exhibit exudes a distinctly temple-like air, suggesting to visitors that the exhibit’s sacred contents are not to be treated with levity.

The collection boasts a number of exceedingly rare and valuable works, including a 9th century, large typeface fragment from the famous Iraqi Qur’an from the city of Kufa, a first edition of Luther’s Wittenberg translation of the Bible from 1522, a breathtakingly decorated Amsterdam Megillah from 1686, and a Latin Harkness Gospels from Landévennec, Britanny, circa 900 C.E.

The guiding mission of “Three Faiths” is to demonstrate the shared roots of the three spiritual traditions. This is accomplished by creating sub-themes within the hall that broadly focus on their more obvious shared features: Abraham, monotheism, revelation, scriptures, and commentaries, to name a few. For each of these themes, relevant texts and images are displayed together, producing a tangible, immediate understanding of the organic bonds between the religions. A beautifully scribed Qur’an flanked by an intricately ornamented Tanakh and a Latin Bible brings into stark relief the irenic motives of the exhibit. From this perspective it succeeds admirably, if ahistorically — one will find no reference to the millennia of tensions between Judaism and Christianity, Church-sponsored persecutions such as the crusades and the Inquisition, or centuries of Jewish Dhimmitude in Arab lands. The exhibit is a much needed call for peace and understanding, but at the expense of historical perspective.

In conjunction with the main exhibit hall, an adjacent room, dubbed the Scriptorium, features an interactive, hands-on educational space that displays and explains the technical procedure of preparing inks, quills, parchments, and other scribal paraphernalia, and permits visitors to try their hand at calligraphy. The Scriptorium puts the historical majesty of the main exhibit hall into practical context, and allows visitors to experience the process by which that stunning collection was produced.

Visitors may find themselves wondering if there are any significant shared practices beyond the scribal methods and the sweepingly broad religious categories on display — practices that might further a mentality of peace and tolerance. The actual implications for interfaith relations which visitors will take home with them will be, first and foremost, cursory parallelism, not profound dialogue. But perhaps to begin a dialogue it’s enough to show that the Abrahamic faiths have shared a father, a history and great scriptural beauty.

“Three Faiths: Judaism, Christianity, and Islam,” is on display at the New York Public Library until February 27, 2011.

Watch a video from the Scriptorium about Hebrew, Arabic, Greek and Latin calligraphy: