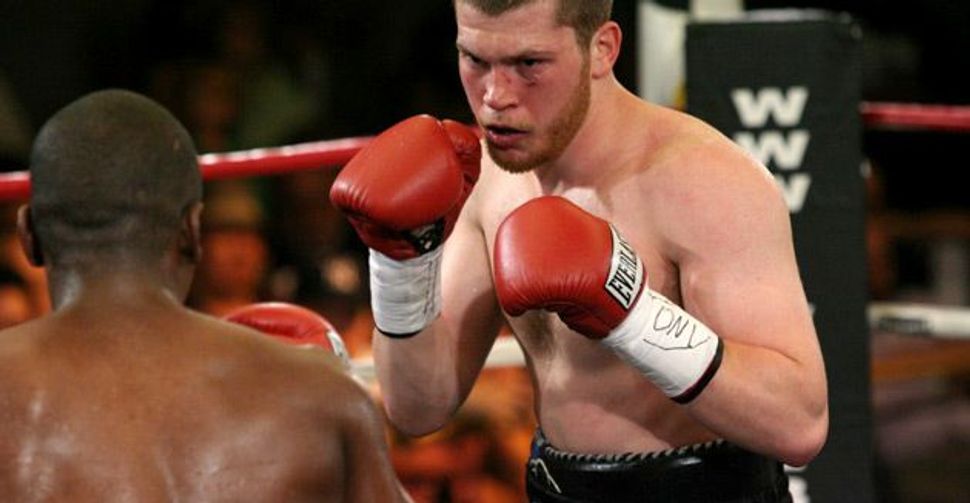 In an email, Salita — who I profiled recently for the Forward — provided a few more details about the project.

Over seven years ago, Bruckheimer bought the rights to a film about Salita’s life up to the age of 19 (when he won the New York Golden Gloves). Salita and his trainer, Jimmy O, were then contacted by Gregory Allan Howard, a screenwriter who wrote “Remember the Titans,” the 2000 Denzel Washington film about a high school football coach who integrated an all white team in the early 1970s. Howard was building a script around a newspaper article in the Washington Post that described Salita’s turn towards religion and his relationship with his trainer.

Salita says the script was finished last year and the details are now being finalized by Disney.

As for Eminem, he trained a few years ago in Detroit with Emmanuel Steward, Salita’s current trainer, and as far as Salita knows, he is still slated to play him in the film.

The original title was “Golden Boy,” but Salita said it was recently changed to “Knockout.”