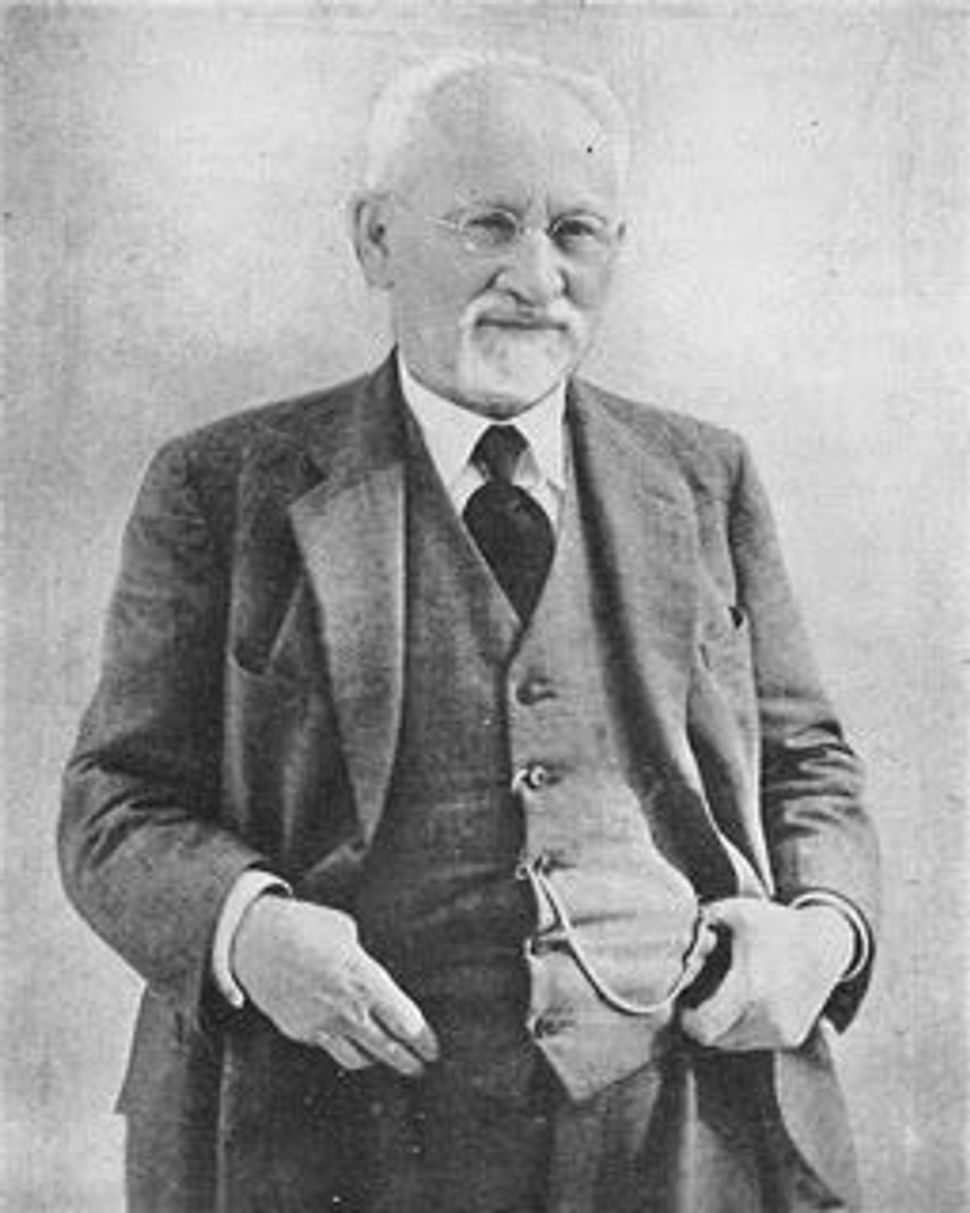 Scholars at the conference presented talks on the many facets of this legendary and complex thinker, examining Dubnow’s scholarship on Hasidism, his reaction to Russian anti-Semitism, his attitude towards the Haskalah movement, and his relationship with YIVO.

For Dubnow, who had broken with the “Old Judaism” of his youth by the time he had reached bar mitzvah age, traditional Judaism never entirely lost its appeal. Instead of utterly abandoning the religious observance he had been raised with, he sought an “integration of the soul” as professor Robert Seltzer put it, which would amalgamate the “Old Judaism” with secular, European and especially Russian thinking to create a “New Judaism.”

Professor Brian Horowitz pointed out that, although a non-believer, Dubnow maintained that the Jews are in fact chosen — though not by God. Instead, he saw their chosenness in their unique “historical journey” whose ultimate goal is “transcendence.”

“Indeed, Dubnow thought that both the extreme freethinkers and the Orthodox were similarly mistaken in that they saw religion as a “defining aspect of Jewish identity,” noted Brian Smollett.

In his presentation on Dubnow’s fascination with Hasidism, Professor Yohanan Petrovsky-Shtern drew attention to parallels between Dubnow’s depictions of early Hasidism and those of early Christianity by the famous historian Ernest Renan. Both saw their subjects as fighting against a dead religion, a Judiasm of “deeds without faith.” To Dubnow, said Petrovsky-Shtern, early Hasidism represented a populist movement with a utopian vision.

While Dubnow’s historiography is now considered largely outdated, his work contributed to a Jewish national consciousness during a particularly volatile period in Jewish history. And this, in the end, may have been his most important contribution of all.