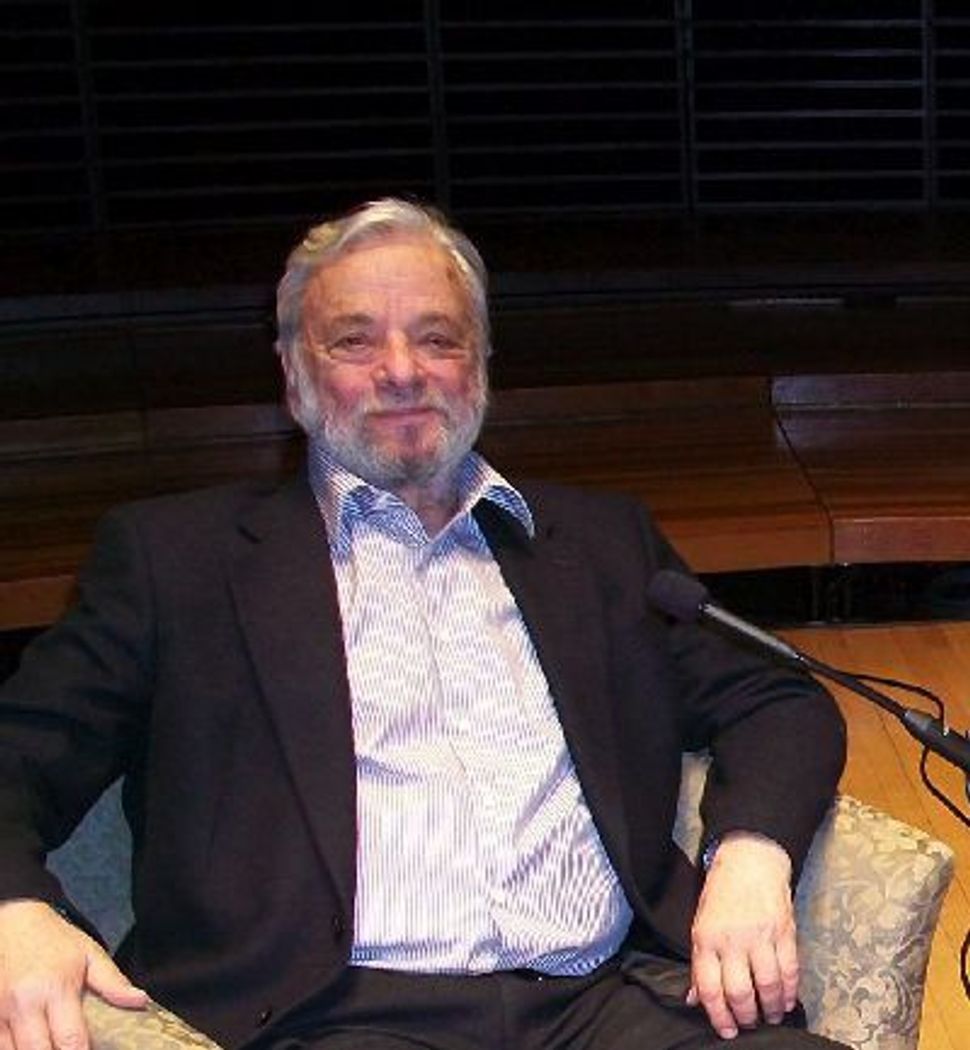 Culminating over a year of 80th birthday commemorations, the Broadway lyricist and composer Stephen Sondheim recently had a Manhattan theater named after him.

Yet a self-annotated volume of his lyrics due out October 29 from Alfred A. Knopf Publishers, “Finishing the Hat,” still seethes with resentment. The book’s subtitle, “Collected Lyrics (1954-1981) with Attendant Comments, Principles, Heresies, Grudges, Whines and Anecdotes,” should have the words “grudges” and “whines” printed in boldface capitals.

Reviews from decades ago still gall Sondheim, who attacks such now-venerable critics as Robert Brustein (dismissed as “condescending”) and Arlene Croce, with the latter accused of displaying “willful bitchery or natural stupidity” in a review of “Follies” (1971). Even more surprising is Sondheim’s contempt for past great lyricists, such as Ira Gershwin, “too often convoluted and [Lorenz] Hart too often sloppy.” Alan Jay Lerner’s lyrics, according to Sondheim, “lack energy and flavor and passion.”

Sondheim is cogent on the genesis of his own works, but not as a guide to others’ creations. He claims hyperbolically that Oscar Hammerstein’s “Oh, what a beautiful mornin’” sounds as “profoundly simple… as something by Robert Frost.” Mark Eden Horowitz’s “Sondheim on Music: Minor Details and Major Decisions,” the second edition of which appeared on September 28 from The Scarecrow Press, is a more reliable guide to the composer’s influences than “Finishing the Hat,” which asserts bafflingly that “Shakespeare’s ‘Othello’ is more interesting than Verdi’s,” and confesses that Sondheim’s favorite example of the musical form of theme and variations is Rachmaninoff’s syrupy “Rhapsody on a Theme of Paganini.”