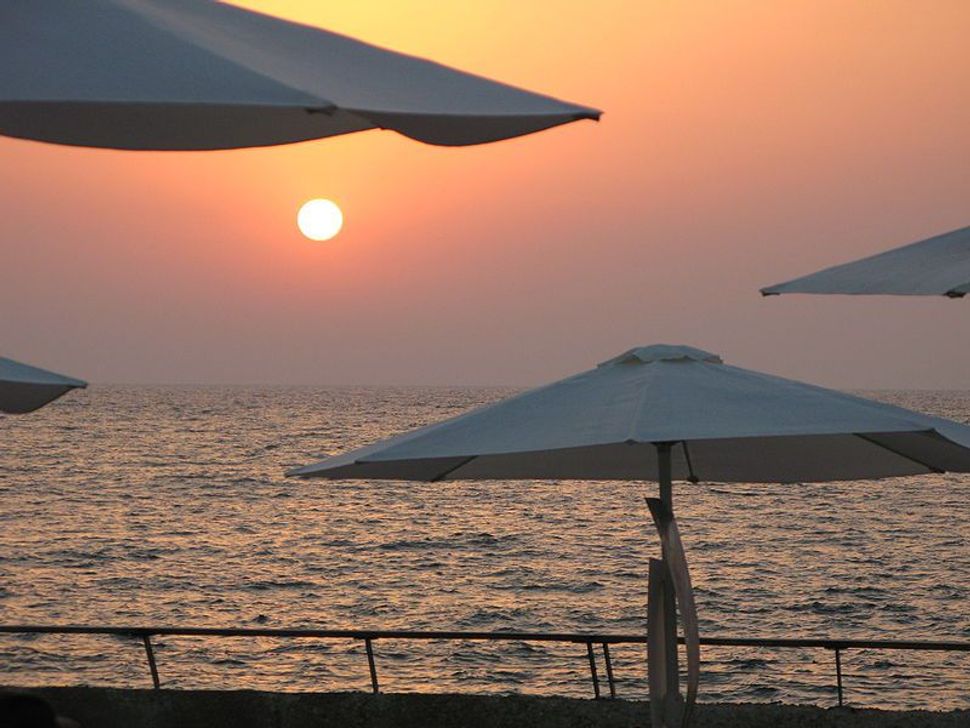 Israel and Lebanon are at it again. But there’s no heavy artillery in this battle — unless you count giant sums spent by tourism boards in Tel Aviv and Beirut in a furious competition for gay tourists. With both cities “boasting a trendy nightlife, warm climate and carefree attitude,” reports the Jerusalem Post, efforts to lure “pink dollars” are ramping up.

Earlier this year, the Forward reported on Tel Aviv’s ascent as a gay destination; in April, a pair of U.S. gay tour operators even made headlines with dueling, ultra-luxe packages for gay travelers. There’s also a new, official Facebook page, Tel Aviv Gay Vibe, that touts the White City as “a dashing piece of gay heaven.”

Beirut, however, earned the moniker “Provincetown of the Middle East” in a 2009 Travel story in the New York Times. And according to the Post, industry powerhouse the International Gay and Lesbian Travel Association held its first symposium in the city a few weeks ago. The owner of the gay travel agency LebTour also tells the Post his company now escorts 500 gay tourists around Lebanon every year.

Tel Aviv, however, has one killer benefit that Beirut lacks. As the Post notes, the Israeli city “has the advantage of being in a country where the laws are favorable and homosexuality is widely accepted. In Lebanon, homosexuality is officially illegal, even if the law is seldom enforced.” As a Human Rights Watch researcher tells the Post about Lebanon, “We’re not talking about an actively homophobic state. They’re not going out and just arresting gay men.” Maybe that should become Beirut’s new slogan.