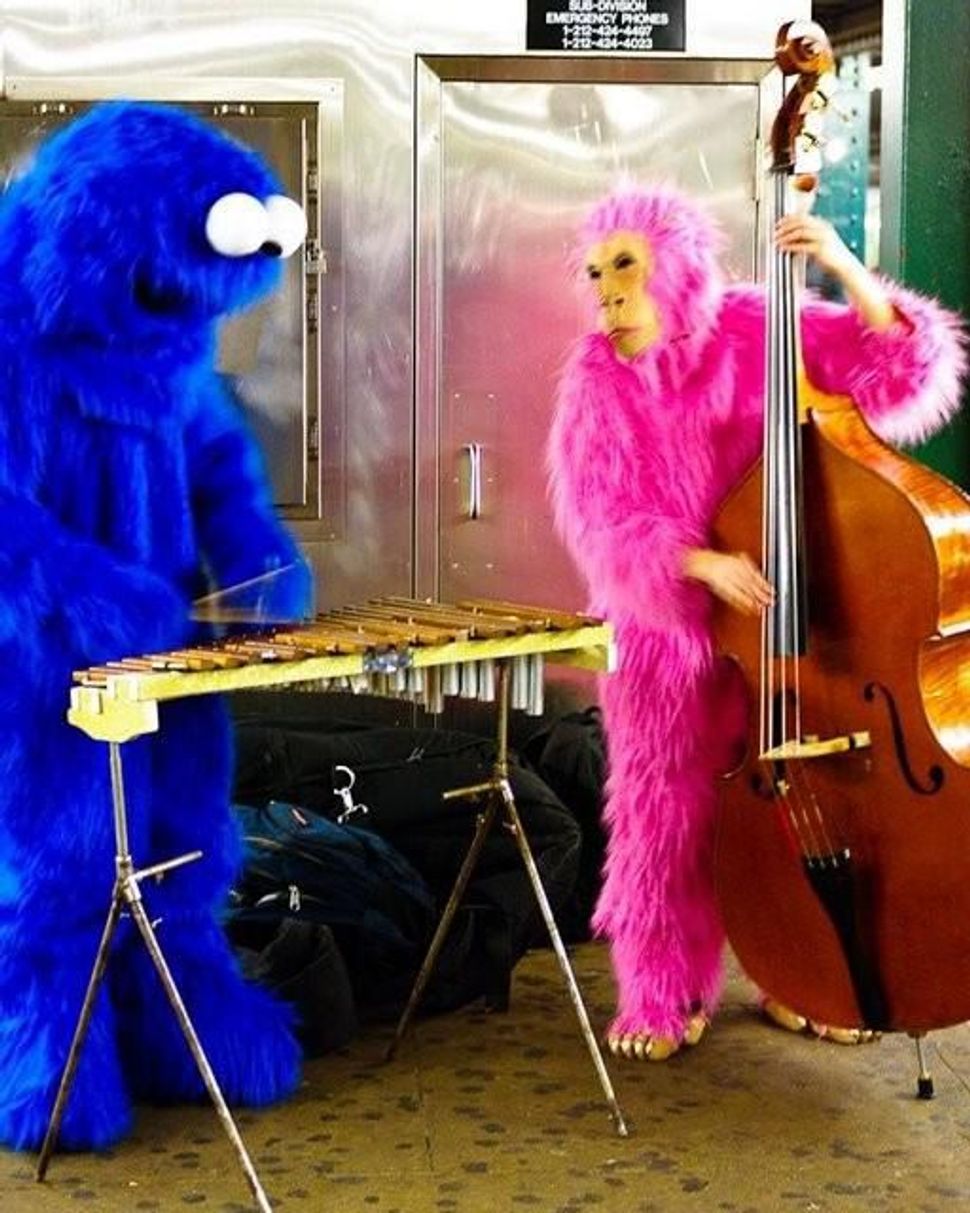 ?X? is for ?xylophone,? it?s good enough for me. Image by Courtesy Xylopholks 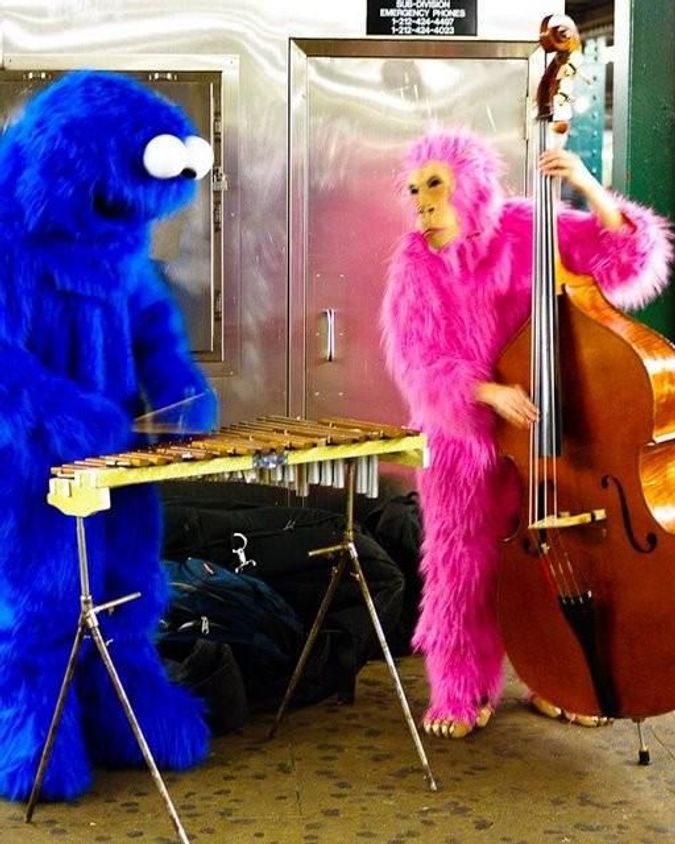 ?X? is for ?xylophone,? it?s good enough for me. Image by Courtesy Xylopholks

While many new indie bands are busy recycling the sounds of the 1980s, the Xylopholks look deeper into the past. With a blend of earnestness and irony, their zany music draws from ragtime and jazz from the Roaring ’20s and features the xylophone, an instrument now more prevalent in elementary school classrooms than in pop music. And because they always perform in furry animal suits, the Xylopholks didn’t even need to buy costumes to play on Halloween.

The star of the quartet is Jonathan “Skunky” Singer, a No-H Jon whose dexterity, speed, and precision on the xylophone are matched only by the casualness of his stage presence. At a Halloween party in Brooklyn on Saturday, Singer pounded his instrument at a breakneck pace while dressed in a skunk costume with a pink scarf and matching sunglasses. Meanwhile, the other Xylopholks accompanied him on banjo, acoustic bass, and drums, dressed as a chicken, floppy eared dog, and a giant banana, who attracted attention from a quartet of costumed gorillas lumbering on the dance floor.

Listen to the Xylopholks’ ‘The Moon, My Gun, My Baby’:

Beyond its utility for Halloween, the band’s animal attire reflects the wackiness and warmth of their music. The woody resonance of the xylophone, the tinny chunk of banjo chords, and the two-beat bounce of the bass all seem designed to lift the spirits. While bands like The White Stripes and Glasser employ malleted instruments to make their music sound ominous, Singer uses the xylophone for its mirth. His inspiration seems to be the widespread xylophones in jazz bands of the ’20s and ’30s before their electrified cousin, the vibraphone, made them passe.

Given their cheery motto, “It’s a beautiful day to play,” it makes sense that the Xylopholks have recently performed at school assemblies, amid the flora at the Brooklyn Botanic Garden, and on subway platforms, often with Singer dressed as Cookie Monster from Sesame Street. The band has also played a series of corner stores, during their “Five Borough Bodega Tour.” Such irreverence masks the seriousness of the musicianship and their pedigrees from music schools like Berkelee and the New England Conservatory.

The Xylopholks say they have a record in the works, which may explain the lightness of their upcoming performance schedule. If you’re on the Lower East Side this Saturday morning, catch them for a brunch performance at Rockwood Music Hall. And if you happen to be in Sao Paolo, Brazil in early November, check them at the Red Bull Sounderground Festival.

Watch the Xylopholks play in the New York City subway: