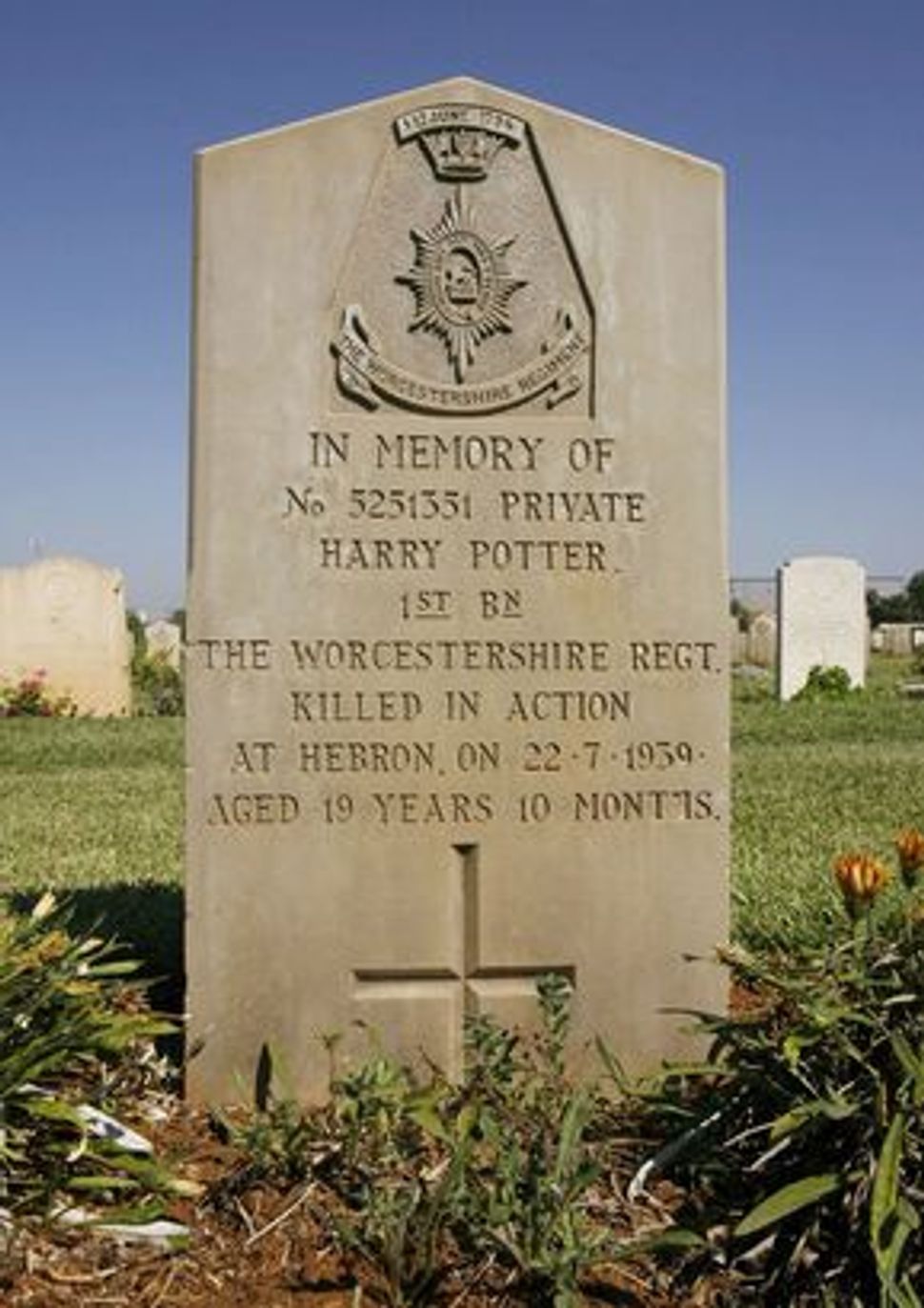 We all know how the story ends: Wizard wunderkind Harry Potter, all grown up, slays his arch-nemesis Lord Voldemort, marries his best friend’s sister and “all was well.” Another Harry Potter, a British soldier, met a notably different, more tragic fate.

But with the first in a two-part movie version of “Harry Potter and the Deathly Hallows,” the series’ final installment, opening Friday, the latter Potter is generated his own buzz — in Israel, of all places.

Tourists are flocking to the Commonwealth War Graves Cemetery in Ramle, the central Israeli town where the soldier is buried. While officials don’t track tourist numbers, the tombstone, they say, has become a popular attraction.

“There is no connection with the Harry Potter we know from literature” — thanks for the clarification — “but the name sells, the name is marketable,” local tour guide Ron Peled told the Associated Press.

The town municipality first marketed the grave, one of the cemetery’s 4,500, on its website in early 2010.

“It’s a type of pilgrimage for some man whose name stands out,” one visitor said. The real Harry Potter died as a teenager while fighting in British Mandate Palestine in 1939.