Words on Display at the National Yiddish Book Center 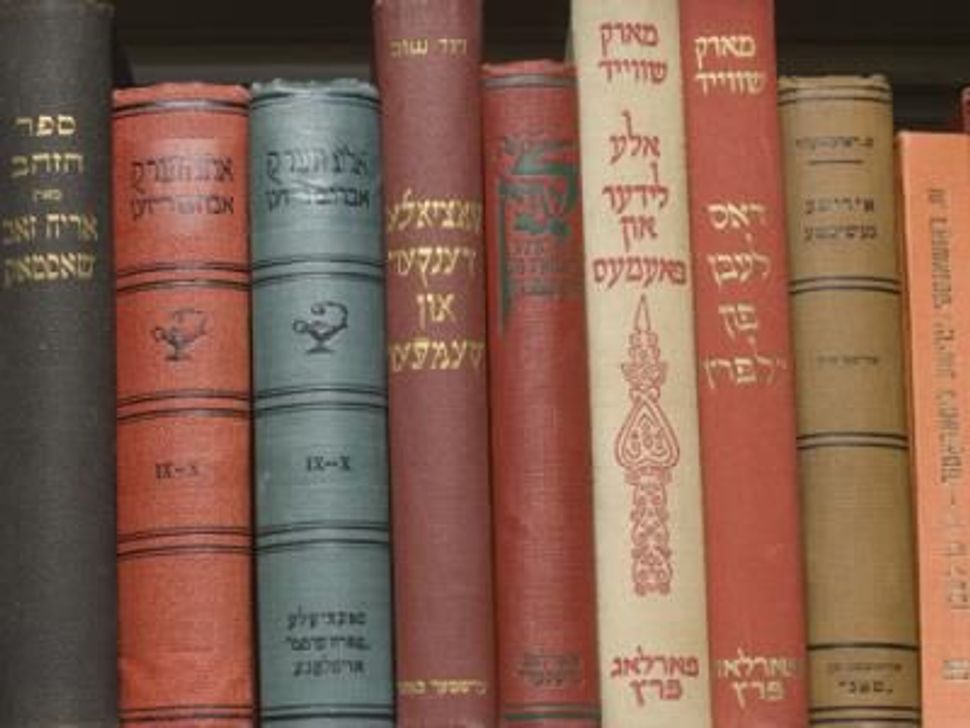 As just about everyone knows by now, the National Museum of American Jewish History in Philadelphia has opened a spanking new, $150 million facility where, say its supporters, the “American Jewish dream has been fulfilled.” 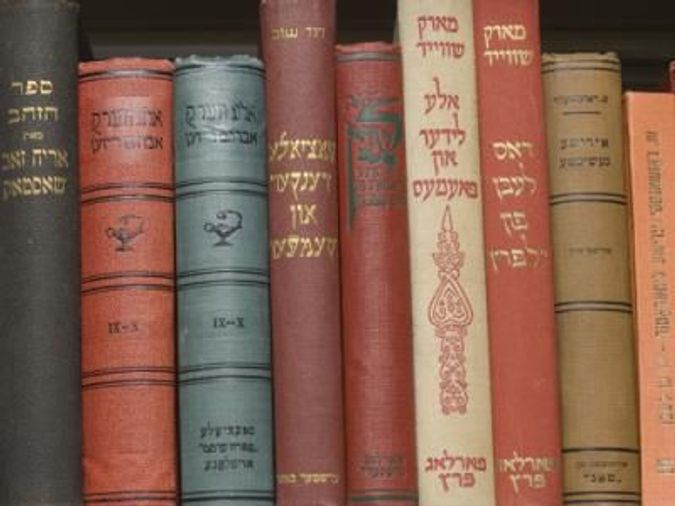 Meanwhile, the National Yiddish Book Center in Amherst, Mass., has just debuted a number of imaginative and thoughtful, if small-scale, exhibitions of its own. They run the gamut from a salute to Yiddish children’s literature to “Shalom Bayes: Reflections on the American Jewish Home,” which I had the good fortune to curate.

These two institutions couldn’t be more different from one another. The National Museum of American Jewish History proudly takes its place within the urban landscape of downtown Philadelphia; the National Yiddish Book Center is nestled amidst a New England apple orchard.

One institution is big, bold and shiny; fashioned out of glass, it’s hard to miss. The other, which takes its architectural cues from the wooden synagogues of Poland, is a modest affair; fashioned out of wood, its exterior bears unmistakable signs of having weathered many a cold winter.

Orientation, no less than physical attributes, also distinguishes the two institutions. One looks outward, its sights set on America, or what historians have taken to calling the New World. The other looks inward, unabashedly embracing the Old.

Despite their manifold differences, what links one to the other is a shared commitment to showcasing and interpreting the richness and complexity of the cultural patrimony of the Jews, from those who spoke Yiddish to those who pointedly did not.

Some of us might prefer the company of objects to that of books, or the subtle gesture rather than the extravagant one. No matter. When it comes to the transmission of knowledge about matters Judaic, America’s Jews need all the help and encouragement they can get.

Words on Display at the National Yiddish Book Center