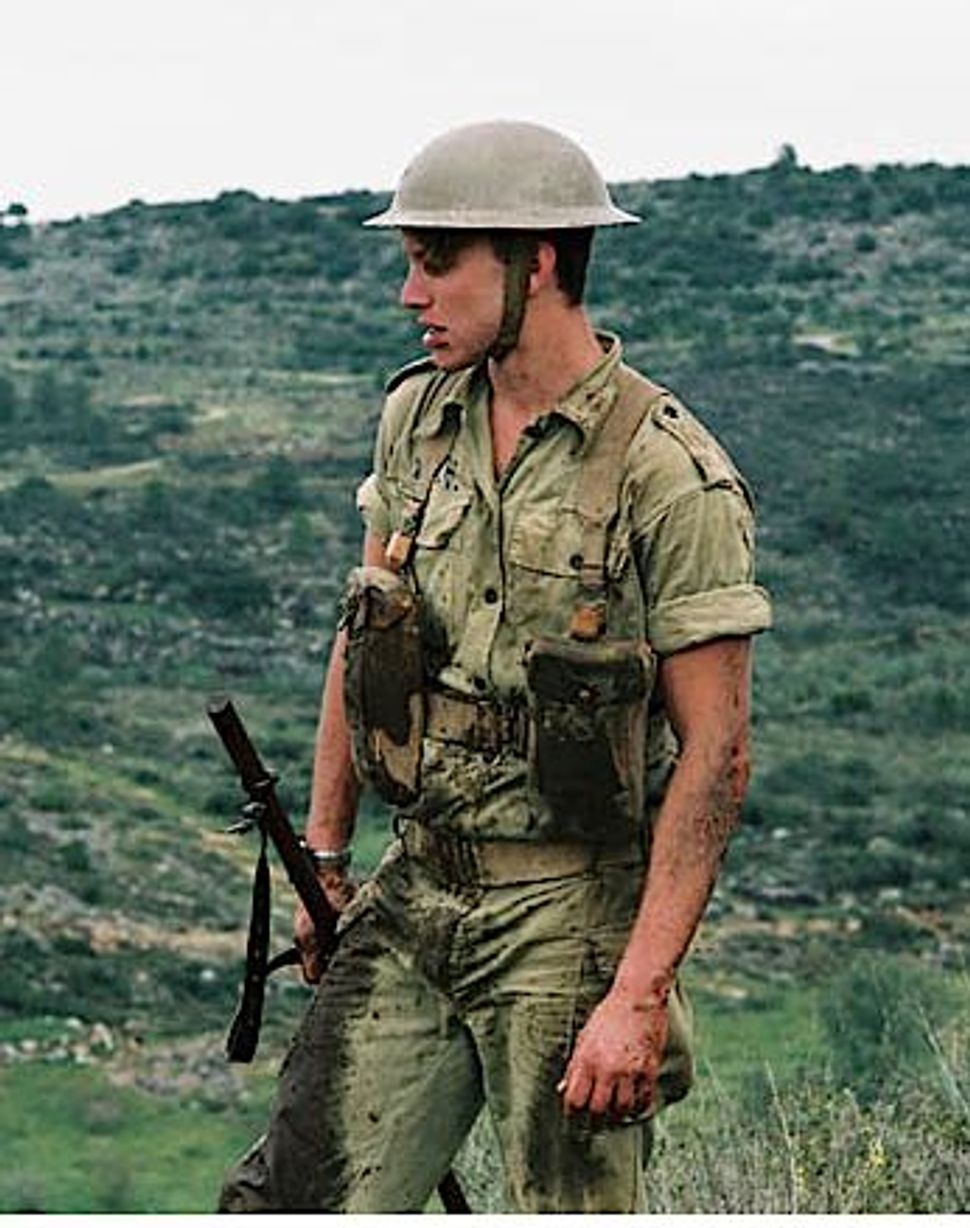 It takes a midnight downpour to force a mutiny and forge a temporary unit from the misfits on Israel Defence Force Training Base 4, nearly three-quarters of the way through Georgian-Israeli director Dover Kosashvili’s new film.

“Where did they find such a group of losers?” mutters the troop commander, as they stubbornly shuffle together like a heard of defiant cows.

The answer is from North African immigrants, Holocaust survivors, idealistic kibbutzniks, rich Jerusalemites and the sons of their maids. But first and foremost, from a list of applicants medically unfit for regular service.

Set in 1956, “Infiltration” is Kosashvili’s fourth picture, an adaptation of Yehoshua Kenaz’s 1986 novel of the same name. Debuting earlier this year at the Jerusalem Film Festival and picking up six nominations at the Israeli Film Academy Awards, “Infiltration” recently screened at the BFI Film Festival in London and opened in wide release in Israeli theaters.

The troop boasts a soldier with a heart murmur, an epileptic, a drug dealer, a “mental profile of rage” and one man who insists he’s there by mistake. They are the motley crew of Kenaz’s novel, an account of his own experiences at a training camp for the physically unfit.

The film opens against a bucolic Promised Land as our trainee troops, floppy-haired and short-shorted like overgrown American Apparel boy scouts with rifles, shift uncomfortably, waiting for their turn to violently practice “silencing the guard.”

“We’ll make soldiers of you yet,” their commander jeers. But these recruits can barely face a jog without a deathly pallor, let alone an armed enemy, and they know they are bound for desk jobs.

As is traditional, our “platoon of the broken hearted” is pitted against a common enemy close to home: Commander Benny. At times frustrated, at others unfathomably sadistic, we watch him repeatedly push back his glasses and set about breaking these men and setting them into a new, hard mold. His efforts are almost always greeted with a military bark of “yes, sir, yes,” and almost always without more success.

Set to music that inclines the tone variously to moving drama and Monty Python comic excess, our main characters slowly come to the fore. Ben Hamo, a Moroccan Jew played by Assaf Ben Shimon (winner of the Haggiag Family Awards for Acting at the Jerusalem Film Festival), is a shuffling man-child who elicits a sea-sick balance of compassion and disgust from the audience. He belly dances joyfully for the squad, throws a tantrum with his mother, rats petulantly on a bully and is brutally bloodied in turn. “You’re just Arabs who are afraid to eat on Yom Kippur,” they taunt him.

There’s Avner (Guy Adler), a square-jawed, cigarette smoking Warner Brothers stud who refuses to bend to the rules. He spends half the film flexing his raw but adrift sex appeal and the other half prone on a cot under a bivouac at base camp, as punishment for falling asleep on watch duty.

And then there’s Alon (Oz Zehavi), the kibbutznik convinced he belongs with the paratroopers, not this rabble, whose pride inspires a particular and destructive ire in the commander. Alon’s commitment to an ideal of Israeli military heroism, and his shame at his low rank, backfires to shocking effect.

“Infiltration” is not, then, the daring tale of high espionage behind enemy lines that the title suggests. But it is considered one of the most important Israeli novels since the creation of the State, and is after something subtler. Through a series of vignettes, both the book and the film confront the social, racial and religious tensions of a new and disparate society, struggling to coalesce around a vision of biblical proportions. Heightened by throbbing machismo, sex, and in some cases a crippling lack of both, the film marks the struggles of its characters painfully and personally.

Near the end of the film, an immigrant character with chronic shaving cuts and the effacing name “Zero Zero” is celebrates the birth of his son. “I’ll give him an Israeli name!” he bellows, “not like Lupo and Shupo and all those…He won’t be a sh-t like me. This place creates beautiful, healthy children!”

More than 50 years on from its setting, with Israeli society still negotiating the sums of its parts we’re still unnerved by the force of his jubilation.

Watch the trailer for ‘Infiltration’: