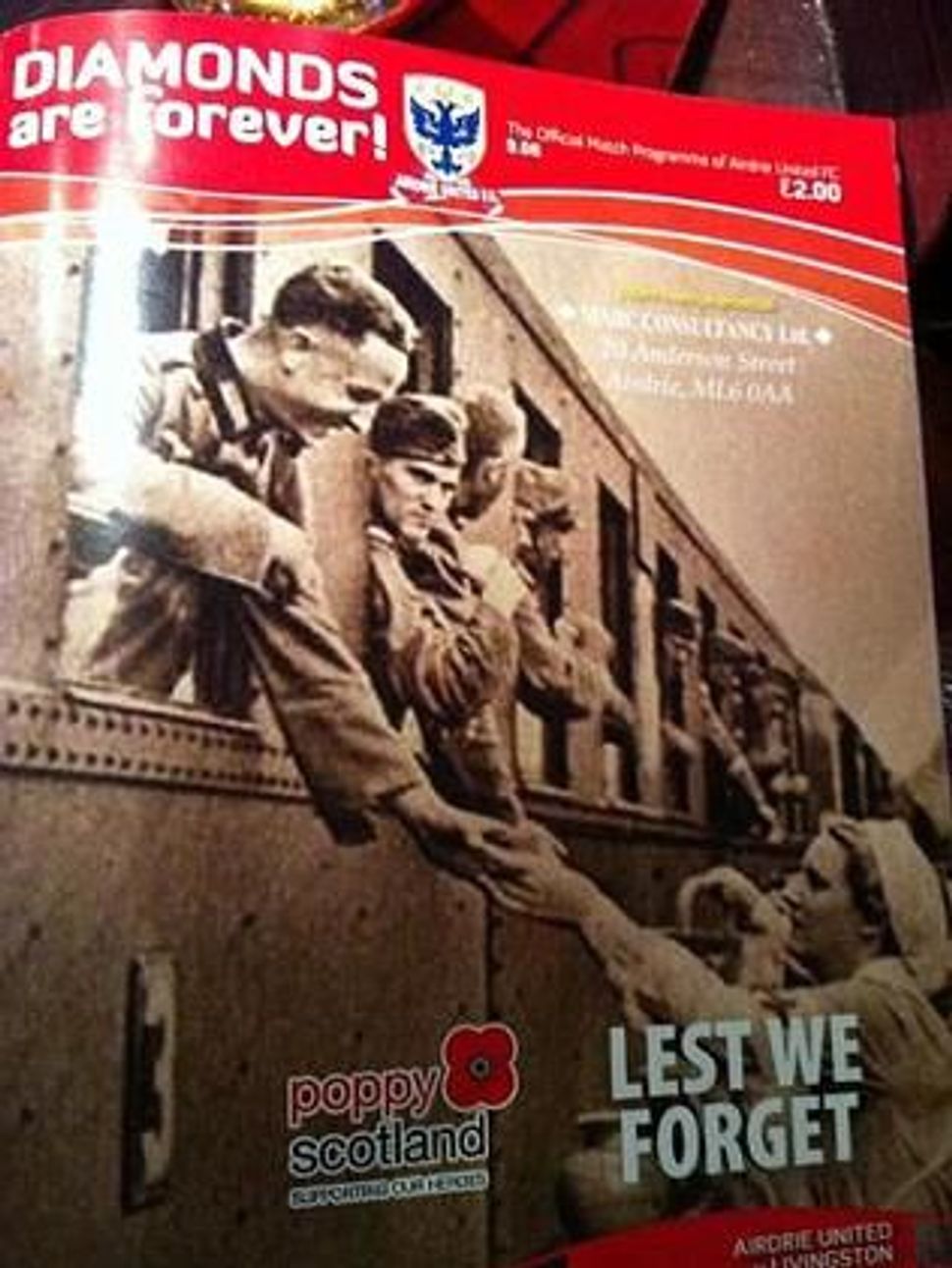 Superimposed over the photo were the words “Lest We Forget” and “Supporting Our Heroes.”

According to an Australian newspaper, club officials claim PoppyScotland, a war veterans charity and remembrance project, supplied the photo. The organization says otherwise.

In any event, Airdire chairman Jim Ballantyne apologized: “We always have a minute of silence and we also played in special strips bearing the poppy, all of which makes the programme gaffe very embarrassing.”