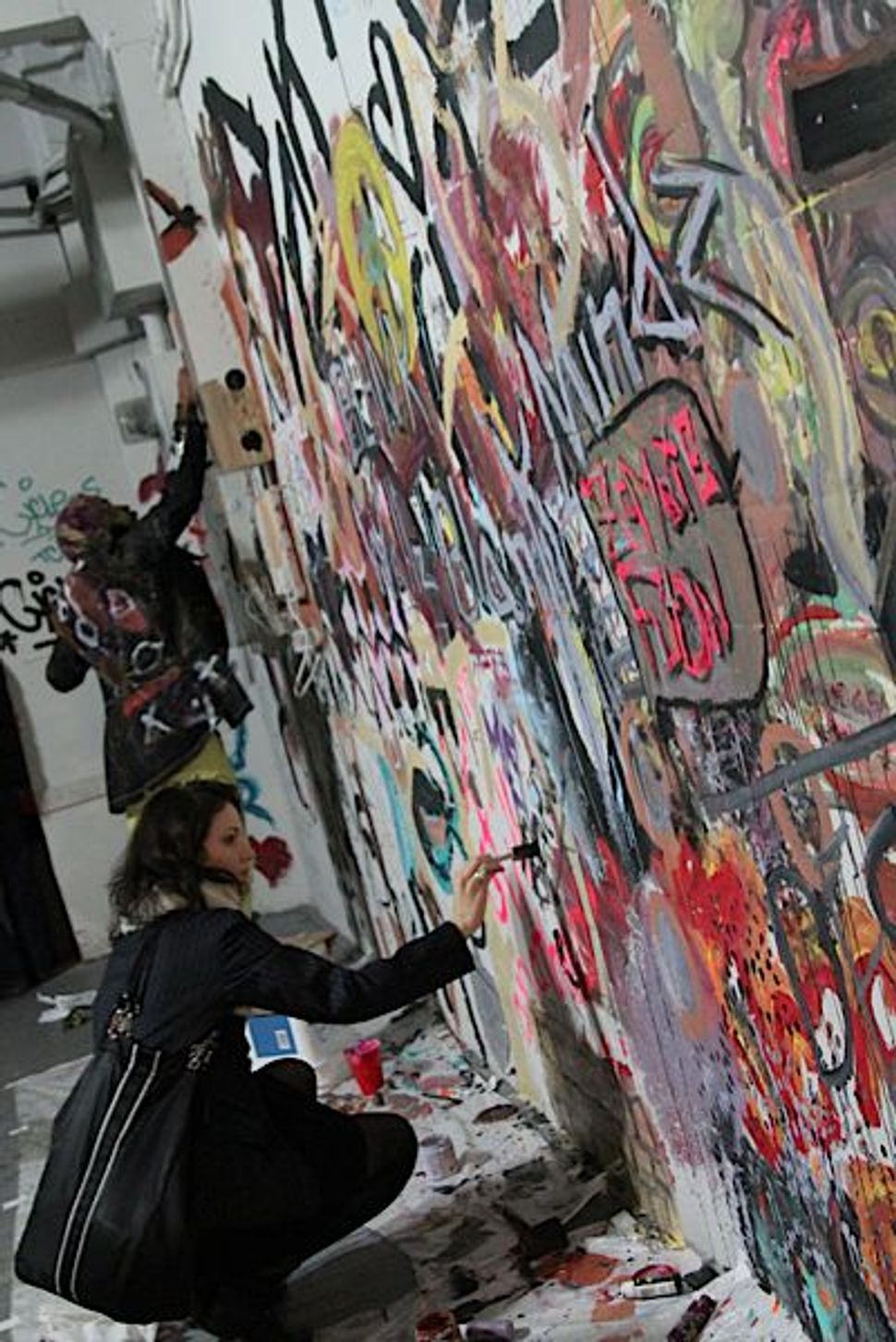 It is safe to wager that New York City has seen it all when an art rave fashion show spirals into an impromptu hora on an open, desolate warehouse block. These men’s dancing feet may have been inspired by a sudden spiritual impulse to be closer to God. But the sudden shakedown also could have been a reaction to the recent display of Jewish girls strutting down a catwalk wearing little more than their grandfather’s tallis.

On December 1, in a 20,000-square-foot loft in Brooklyn, Hanukkah was promoted from the festival of lights to the festival of art, music, and fashion. The event kicked off the sixth annual Sephardic Music Festival, which has been throwing light on Sephardic culture for the last six years through diverse artistic events in venues around the city. With a sumptuous arsenal of musical and artistic talent, the Sephardic Music Festival strives to revitalize a spiritually thrilling aspect of Jewish history.

As the evening sloped into darkness, the cavernous, breezy loft began to warm up as waves of adventurous Jews crashed their way into the warehouse. Some may have checked their watches in confusion, worried that they had arrived early, as painters in smocks stood in front of half-finished canvases, brushes in hand, faces flushed, and arms sweeping.

As the artists welcomed visitors to step into their evolving visual manifestations, however, the mood became festive and exciting. As part of the festival’s open, unconventional philosophy, the exhibit was a live entity where spectators could unite with the raw artistic process as it grew towards its final product.

One of the artists depicted an iconic Adam and Eve scene, once the apple had been bitten and the ill-fated pair were to be exiled from paradise. The artist, Sheryl Urman, divulged that the original design was a naked Adam and Eve luxuriating in unblemished innocence and purity. However, after being instructed to add a few layers, Urman remolded her vision to a later, more modest scene, employing the snake’s shed skin as threads for the guilty couple.

Midway through the evening, with a little nudge from one of the participating artists, guests could be seen vandalizing a large, once blank wall with unrestrained glee. For the first hour or so the wall had remained untouched, with a curious display of towels and paint materials on the floor. Before long, however, a young woman grabbed a black paint tube, splattering the wall in an oozy, dark rain. This liberating moment set the tone for the remainder of the evening. As the fashion show began, friends and observers hollered their support and admiration as frisky footed men and women took to the stage sporting the scarf designs of Baruch Chertok, creator of the Israeli Keffiyeh.

In addition to the interactive artwork, the tagging wall, the fashion show, and a dusting of sculptural installations spread about the venue, the festival’s founder, DJ and American-Israeli producer Diwon spun soul shaking tunes traced with Sephardic flavor.

In a press release Diwon said: “We envision a ‘rave’ event that combines fashion, art, music, and performance in a way that breaks down the boundary between the artwork and the audience.”

As guests shimmeyed about the loft, covered in fresh paint, the goal appeared to have been accomplished.