Roundworms, Ridicule and the Nobel Prize 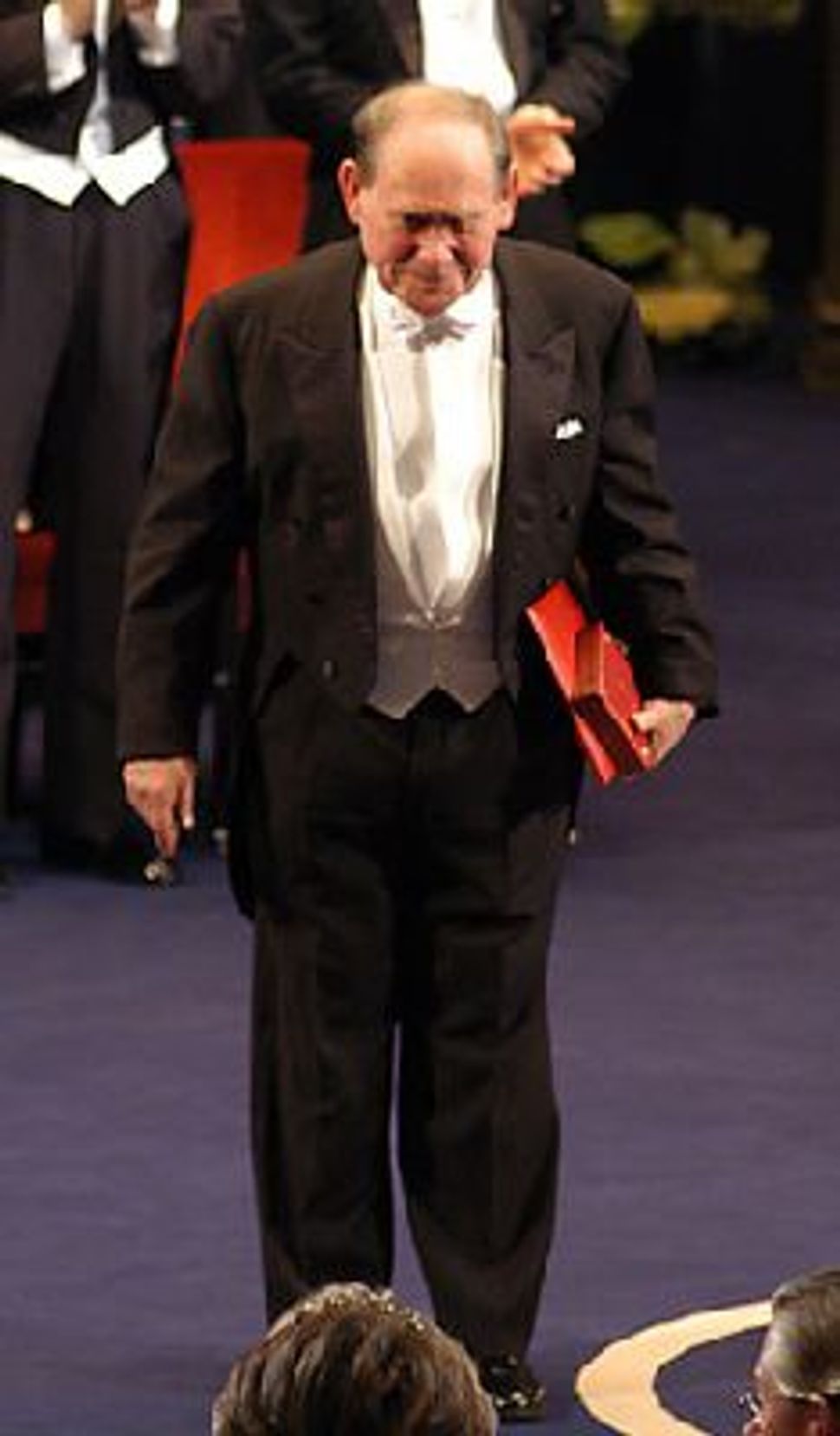 Sydney Brenner after receiving his Nobel Prize from the King of Sweden at the Stockholm Concert Hall, 2002. Image by Hans Mehlin, Copyright © Nobel Web AB 2002

If you doubt that the life of a molecular biologist and geneticist can make for delightful reading, then you have not yet seen “Sydney Brenner: a Biography” by Dr. Errol C. Friedberg from Cold Spring Harbor Laboratory Press.

Friedberg, of the University of Texas Southwestern Medical Center at Dallas, explains how Brenner, honored with the 2002 Nobel Prize in Physiology or Medicine, was born in 1927 into a South African Jewish family of Latvian/Lithuanian origin. Brenner’s small hometown, Germiston, once had a thriving Jewish community, now dispersed. As Brenner recalled his school days:

I suppose that my sense of humor came from the gestalt of being a member of a Jewish family. I’ve always thought that whereas most people’s lives consist of drama on one hand and comedy on the other, for Jews life consists primarily of melodrama and farce. Everything is exaggerated!

Equally extreme was Brenner’s attraction to science, which he shared with fellow South African Jewish students such as Seymour Papert, a future artificial intelligence pioneer alongside MIT’s Marvin Minsky. Another ally was Brenner’s future wife May Covitz, whose father’s name was truncated by a South African immigration official from Isaacovitz to “Isaac Covitz.”

When Brenner reached England for further studies at Oxford, his sense of humor continued in puns referring to Oxford colleagues and higher learning: “The first time that they mentioned Bessel functions, I thought they were talking about a Jewish wedding.” By contrast, Brenner is wholly serious when describing a 1953 encounter with the ground-breaking DNA research by James Dewey Watson and Francis Crick: “Standing there and looking at the DNA structure, I felt as if a curtain had been lifted in my mind.”

Inspired and erudite, Brenner eventually arrived at such fundamental concepts as messenger RNA, the first computer matrix analysis of nucleic acids, and the use of a specific roundworm for investigating neural development. Ardently pursuing scientific research, Brenner always maintained a sense of the ridiculous, and even wrote a parody script, “How the Quest was Won,” ridiculing a 1987 BBC film, “Life Story” starring Jeff Goldblum as the DNA-deciphering Watson.

Even so, Brenner could be argumentative vehemence incarnate; the French Jewish biologist François Jacob recalled one monumental tussle between Brenner and Crick: “[They] began to gesticulate. To argue at top speed in great agitation. A red-faced Francis. A Sydney with bristling eyebrows.” Even bristling, Brenner, as recounted in this new book, is a delight.

Watch Brenner at the Salk Institute in April 2010.

Roundworms, Ridicule and the Nobel Prize