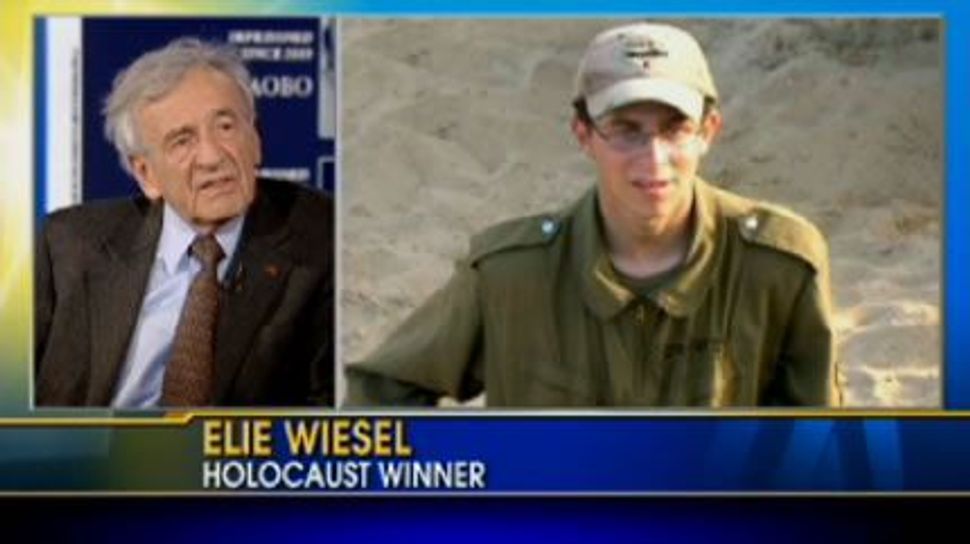 Talk about a bad typo. On a recent episode of “Fox & Friends,” Elie Wiesel was described as a “Holocaust Winner.” Sure, the ticker label was just a mixed-up combination of “Nobel prize winner” and “Holocaust survivor,” but considering Wiesel was on the show to talk about human rights abuses, it was a pretty unfortunate mistake. While that blunder was fixed right away, there’s not much they can do to fix host Gretchen Carlson’s botched pronunciation of Gilad Shalit’s name. Better luck next time, Gretchen.