Pierre Dac, a Humorist in the French Resistance 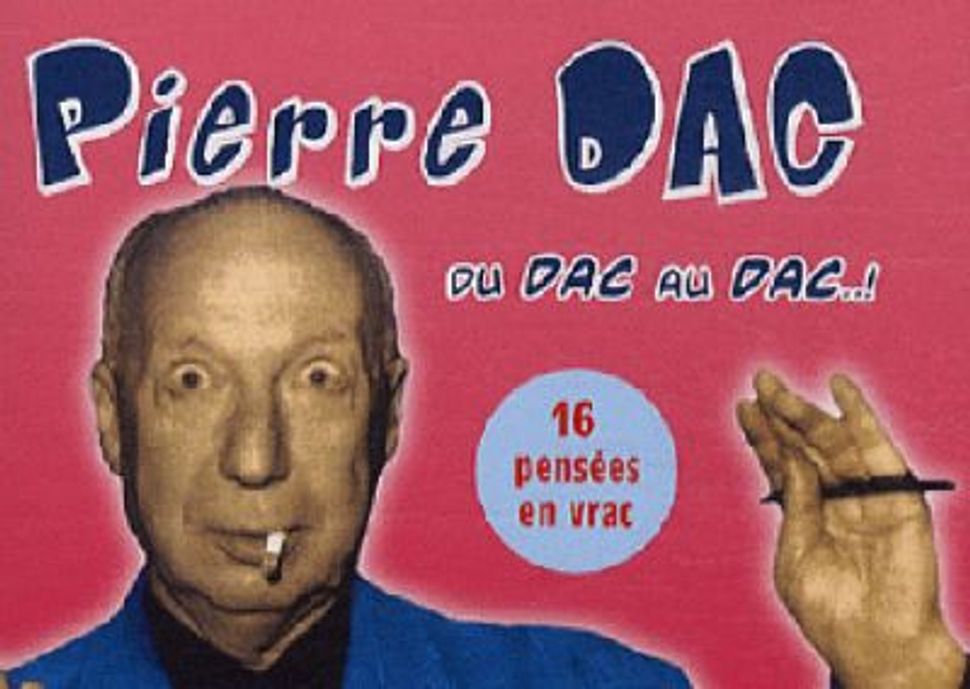 Born André Isaac to an Alsatian Jewish family (his father was a butcher), the French humorist Pierre Dac became an unlikely hero of the French Resistance. After serving in the French army in World War I and being severely wounded — his brother Marcel died on the field of battle — Dac became a performer in Paris cabarets, fleeing to London in 1941 after the Nazi invasion. There he worked for Free France’s Radio Londres, broadcasting bitingly satirical songs with anarchic schoolboy humor, deriding the Waffen SS and the German war machine. 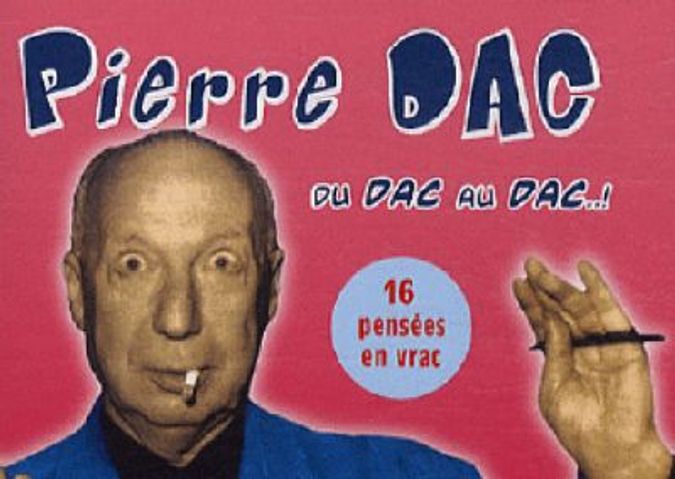 Belying his studious appearance, oddly close to that of the British poet/librarian Philip Larkin, Dac continues to amuse French readers long after his death in 1975 at age 81. In November, a French publisher, Le Cherche Midi éditions published “With My Best Considerations,” a selection of Dac’s japes, to join other titles by Dac recently reprinted by Les éditions du Seuil; Les Presses de la Cité; and Les éditions Omnibus.

Dac’s wordplay can sound Dadaist, as when he comments: “Christian humility is not incompatible with evening humidity. And vice versa.” Yet more often a ferocious anger is behind the jokes such as when he defines racism as “the world’s leukemia” or mocks Frenchmen who belatedly claimed, after the 1945 German defeat, to have been in the Resistance:

The Resistance members of 1945 are among the most glorious and valorous combatants of the Resistance, those who deserve the most esteem and respect because for over four years, they bravely and heroically resisted against their own ardent and fervent desire to join the Resistance.

As we learn from a lucid chapter by Kay Chadwick in 2008’s “Nowhere is Perfect: French and Francophone Utopias/Dystopias,” still available from The University of Delaware Press, Dac’s humor was indeed rooted in the savagery of World War II. In 1944, the French politician and Nazi collaborator Philippe Henriot verbally attacked Dac and other French Jews for having “abandoned France.” Dac replied over the airwaves from London that his own brother’s grave was marked “Died for France” whereas Henriot’s grave would be inscribed: “Died for Hitler, executed by a French firing squad.” Soon afterwards, Henriot was indeed killed by the French Resistance, after which the imprisoned French Jewish politician Georges Mandel was murdered by the Nazis in retaliation. Amid such life-and-death tragedy, Dac’s witticisms acquire added point, as when he notes: “Veni, vidi, Vichy: the ideal slogan for a certain health resort.”

Pierre Dac, a Humorist in the French Resistance