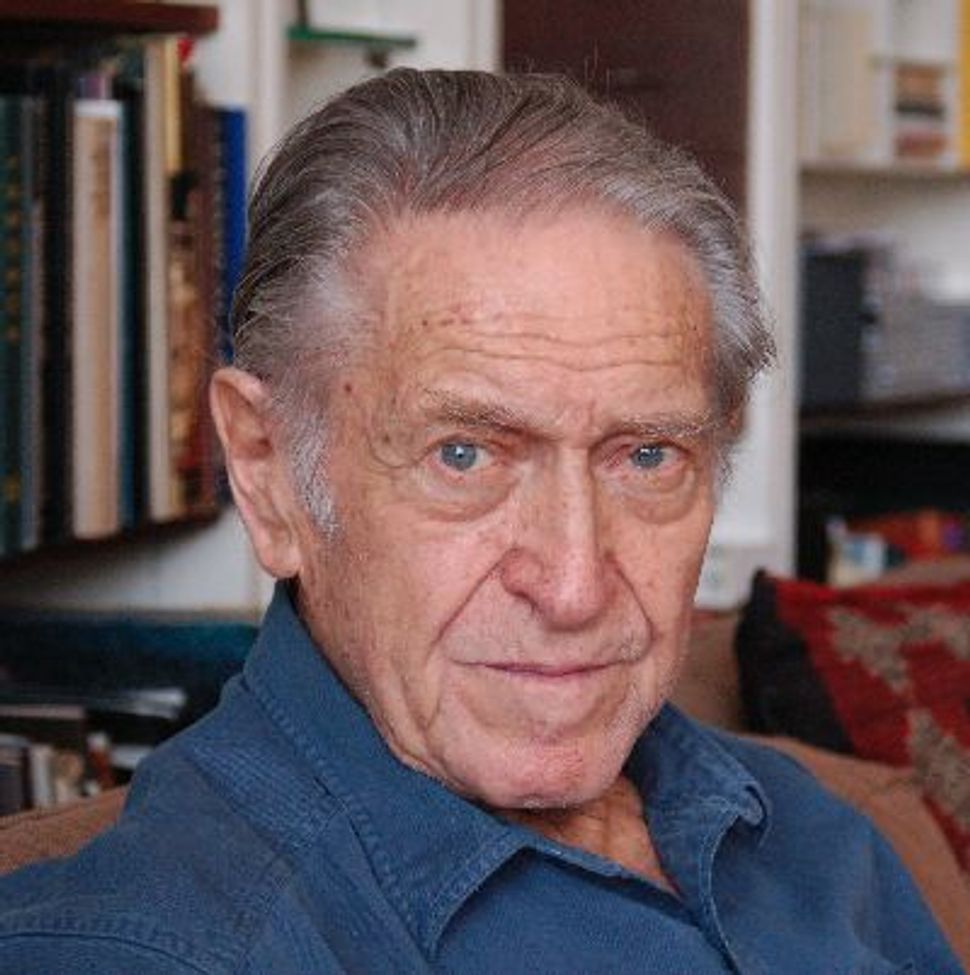 Contemporary American composers have few able defenders, and once out of sight, composers are often forgotten, so it is good to have a biographical tribute, out in November, from University of Rochester Press to Leon Kirchner, who died in 2009 at age 90.

“Leon Kirchner: Composer, Performer, & Teacher” by Robert Riggs recounts the life and work of the Brooklyn-born composer, whose father, Samuel Kirzner, was an embroiderer from Odessa. As Kirchner wrote in a lapidary 1970 essay, the elder Kirzner was:

[a] prodigy. By the age of fourteen [Kirzner] had embroidered an elaborate gown for the Czarina… There were pogroms. He came to America in a cattle boat.

Kirchner’s own works, from those for solo piano (see video below) to his scandalously overlooked and still-unrecorded 1977 opera “Lily,” based on Saul Bellow’s “Henderson the Rain King,” continue in the family tradition of stern attention to detail. Uncompromising thorniness is a hallmark of many Kirchner compositions, and indeed a source of their integrity and strength, as one would expect after his studies with Arnold Schoenberg and Ernest Bloch, two great Jewish composers who would never be confused with the Sunshine Boys.

On a personal level, Kirchner could be brutally honest, nettlesome and curmudgeonly, with colleagues of all ages and degrees of eminence. In a vivid passage from the pianist Leon Fleisher’s otherwise pallid, drably ghostwritten recent “My Nine Lives: A Memoir of Many Careers in Music,” Kirchner, who composed a piece for Fleisher and his fellow renowned American Jewish pianist Gray Graffman, is described as harshly criticizing their performances.

An otherwise excellent and worthy appreciation, “Leon Kirchner: Composer, Performer, & Teacher” accentuates the positive aspects of the composer’s personality to the point of eliminating the negative in a potentially misleading way. Kirchner’s highly developed critical sense may have short-circuited some of his own musical plans. Among the tantalizing abandoned projects described by Riggs is an opera after “Miss Lonelyhearts,” the bitter short novel by Nathanael West (born Nathan Weinstein); in the 1950s, Kirchner rejected a libretto written at his request by West’s brother-in-law, the humorist S. J. Perelman.

Kafka’s novel “Amerika” was also considered, then abandoned, as an opera subject. Yet an ArkivCD reprint of historic recordings underlines how much Kirchner did achieve. Listening to Leon Fleisher perform Kirchner’s First Piano Sonata, or Kirchner’s Sonata Concertante played by violinist Eudice Shapiro and Kirchner himself, reminds us that he was a major and enduring talent.

Listen to Peter Serkin’s magisterial 1989 interpretation of Kirchner’s “Interlude No. 1 for Solo Piano.”