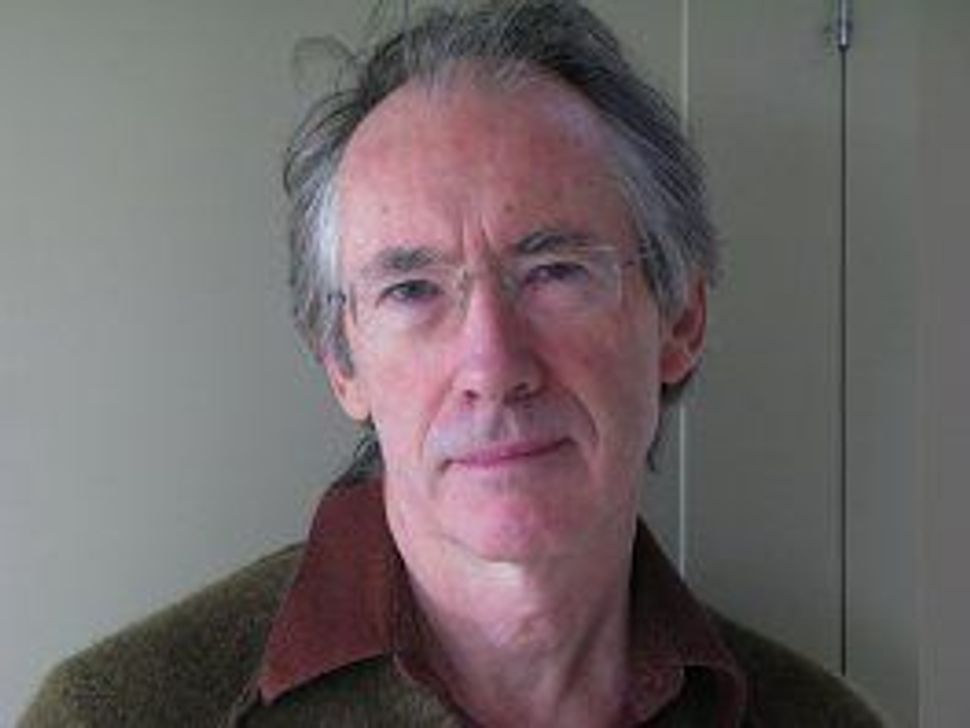 Israel will give its highest literary honor next month to Ian McEwan, the English author behind books including “Atonement” and “Saturday.”

A winner of the Man Booker Prize for his 1998 novel “Amsterdam,” McEwan will accept his latest honor, the Jerusalem Prize, at the start of the Jerusalem International Book Fair on February 20.

Given biannually to a foreign writer who “expresses and promotes the idea of the ‘freedom of the individual in society,’ ” the prize comes with what organizers describe as a “modest,” “symbolic” cash award of $10,000.

Since it was first given to Bertrand Russell in 1963, the prize has gone to an impressive array of literary stars, among them Simone de Beauvoir, Milan Kundera, V.S. Naipaul and Arthur Miller.

The most recent winner of the Jerusalem Prize, Haruki Murakami, received the honor in 2009 from Israeli President Shimon Peres and Jerusalem Mayor Nir Barkat.