Yehuda Lancry’s Memoir Written in the ‘Ink of his Tears’ 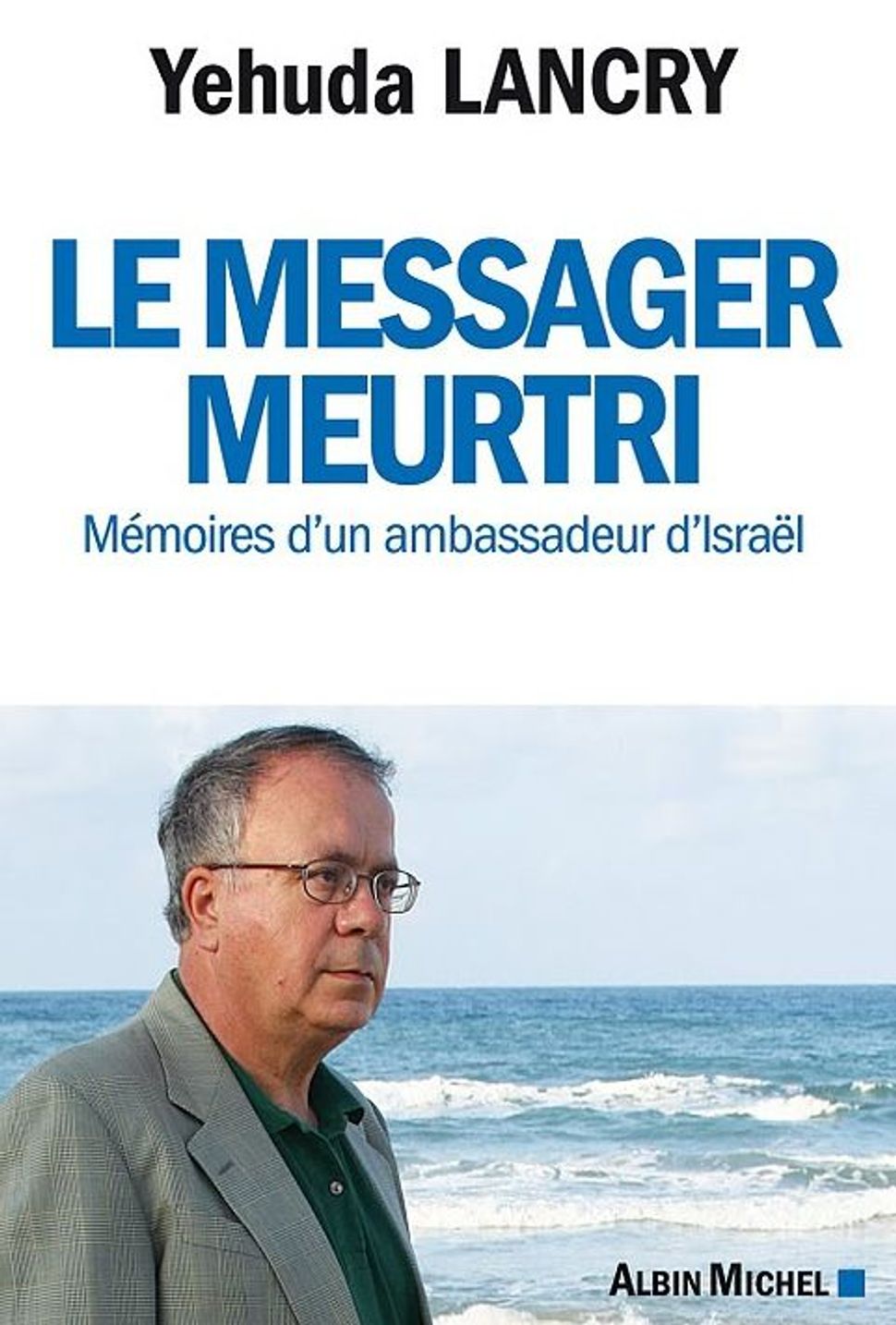 The diplomatic career of Yehuda Lancry includes postings as Israel’s Ambassador to France in the 1990s, followed by service as a member of the 14th Knesset, and in 1999, as Israel’s representative to the United Nations. Yet before these lofty responsibilities, Lancry, who was born in Bujad, Morocco and emigrated to Israel in the 1960s, earned a masters degree in French literature, focusing on the works of 19th century French poet Stéphane Mallarmé, and then received a doctorate on the contemporary author Michel Butor.

This literary preparation became highly useful when Lancry decided to write a memoir, “The Wounded Envoy: Memoires of an Israeli Ambassador,” (Le messager Meurtri: Mémoires d’un ambassadeur d’Israël) which recently appeared from Les éditions Albin Michel. Interwoven with recollections of his professional duties is an account of his mourning for his businessman son Ran, who died in 2002 at age 27, after prolonged health difficulties (which had earlier necessitated Yehuda Lancry’s donating a kidney to his son).

Unlike Mallarmé who was inspired by the death of his own 8-year-old son Anatole to pen a hermetically cryptic poetic work, Lancry has written a movingly communicative document about how time does not heal all wounds. Lancry resolved to write his memoir after a 2005 lunch with Elie Wiesel during which Wiesel, whom Lancry calls the “master geographer of suffering,” proclaimed over the table at an Italian restaurant:

According to the Talmud, the death of a son is equivalent to the Destruction of the Temple.

Following the example of Butor, who advocated that authors should repeat past experiences as preparation for writing, Lancry makes a pilgrimage to Central Park, where he and his late son would stroll in happier times. Memorial inscriptions on some benches seem to transform the Park into a symbolic necropolis. Lancry, who prays every day using Ran’s tefillin and tzitzit, has produced what he accurately terms a “limitless love pact between a father and son, cemented with the ink of our tears.”

Lancry’s memoir is in a formal, elegiac style which nonetheless reveals how literature can advance practical political ends, as when Lancry presents France’s then-President François Mitterrand with a rare edition of Butor, and finds that the shortest path to that leader’s heart is through Mitterrand’s literary pretension and acquisitive bibliophilia. “The Wounded Envoy” is a noble addition to an outstanding Albin Michel series directed by Victor Malka of Jewish-themed books which also features authors such as Emanuel Levinas, Ami Bouganim, and Jean Baumgarten.

Yehuda Lancry’s Memoir Written in the ‘Ink of his Tears’