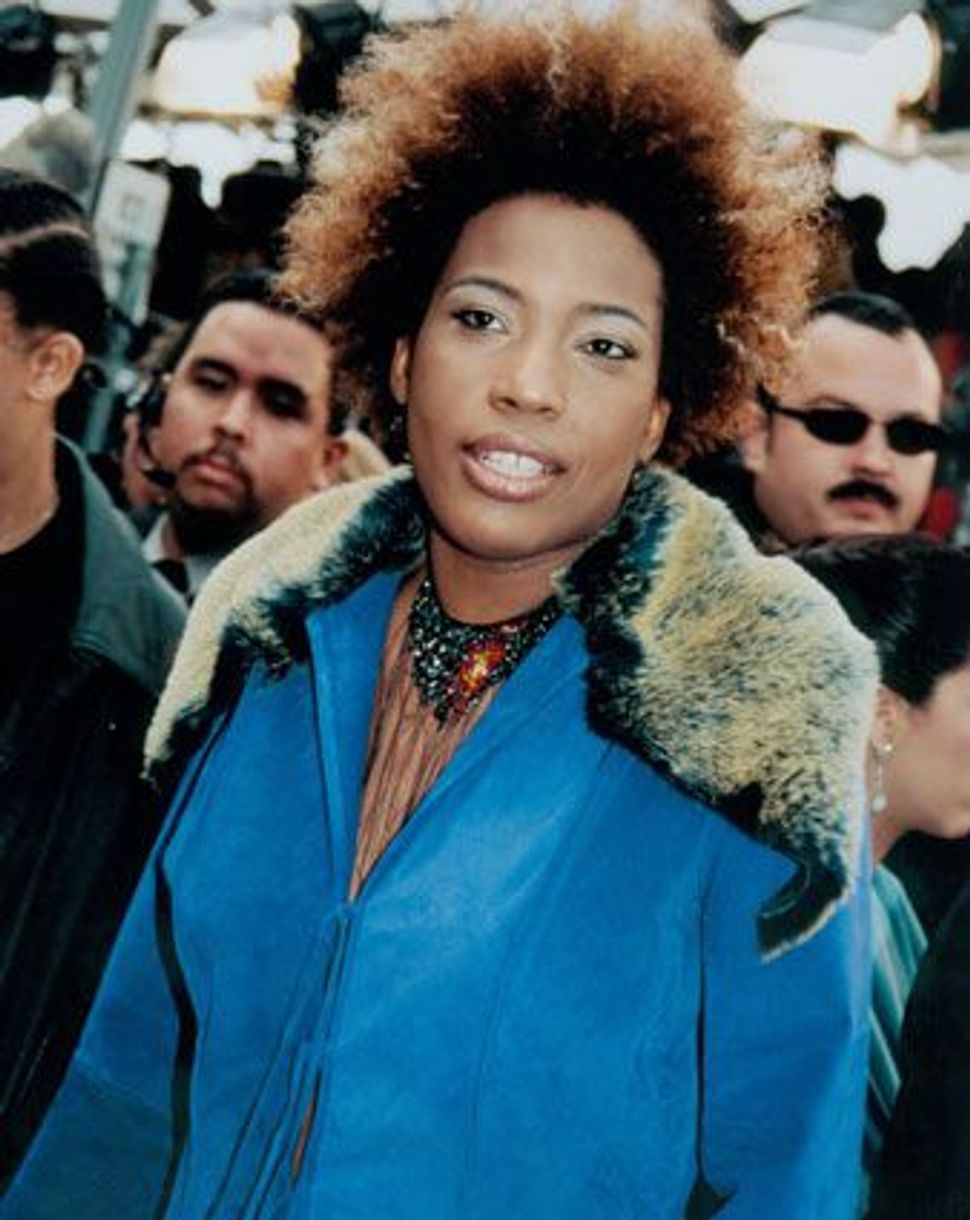 Are Macy Gray’s political views like the weather? The pop singer, best known for her 1999 hit “I Try,” was “conflicted on whether or not she should cancel shows in Tel Aviv because of the Israeli government’s treatment of Palestinians,” according to the Hollywood reporter — and “solicited advice on her Facebook page.”

The singer posted: “I’m getting alot [sic] of letters from activists urging/begging me to boycott by NOT performing in protest of Apartheid against the Palestinians… What the Israeli government is doing to the Palestinians is disgusting, but I wanna go. I gotta lotta fans there I dont want to cancel on and I dont know how my NOT going changes anything. What do you think? Stay or go?”

Nearly 6,500 comments later, Gray decided Israel wasn’t that bad, after all. “Dear Israel fans. Me and the band will be there in 20 days. Can’t wait. See you then. Peace,” read the Twitter message sent Wednesday night by the R&B and soul singer. Gray is scheduled to perform in Tel Aviv on Feb. 11 and 12. Gray had performed in Israel in 2008 and 2009. She also performed in Caesarea in 2000, JTA reported.

Gray isn’t the only performer who’s “faced such a dilemma” about Israel, according to the Hollywood Reporter, though she seems to be the only one who left the decision to Facebook fans. Elvis Costello axed plans to play in Israel due to “grave and complex” sensitivities, and Vanessa Paradis canceled an upcoming February show, the Hollywood Reporter wrote.