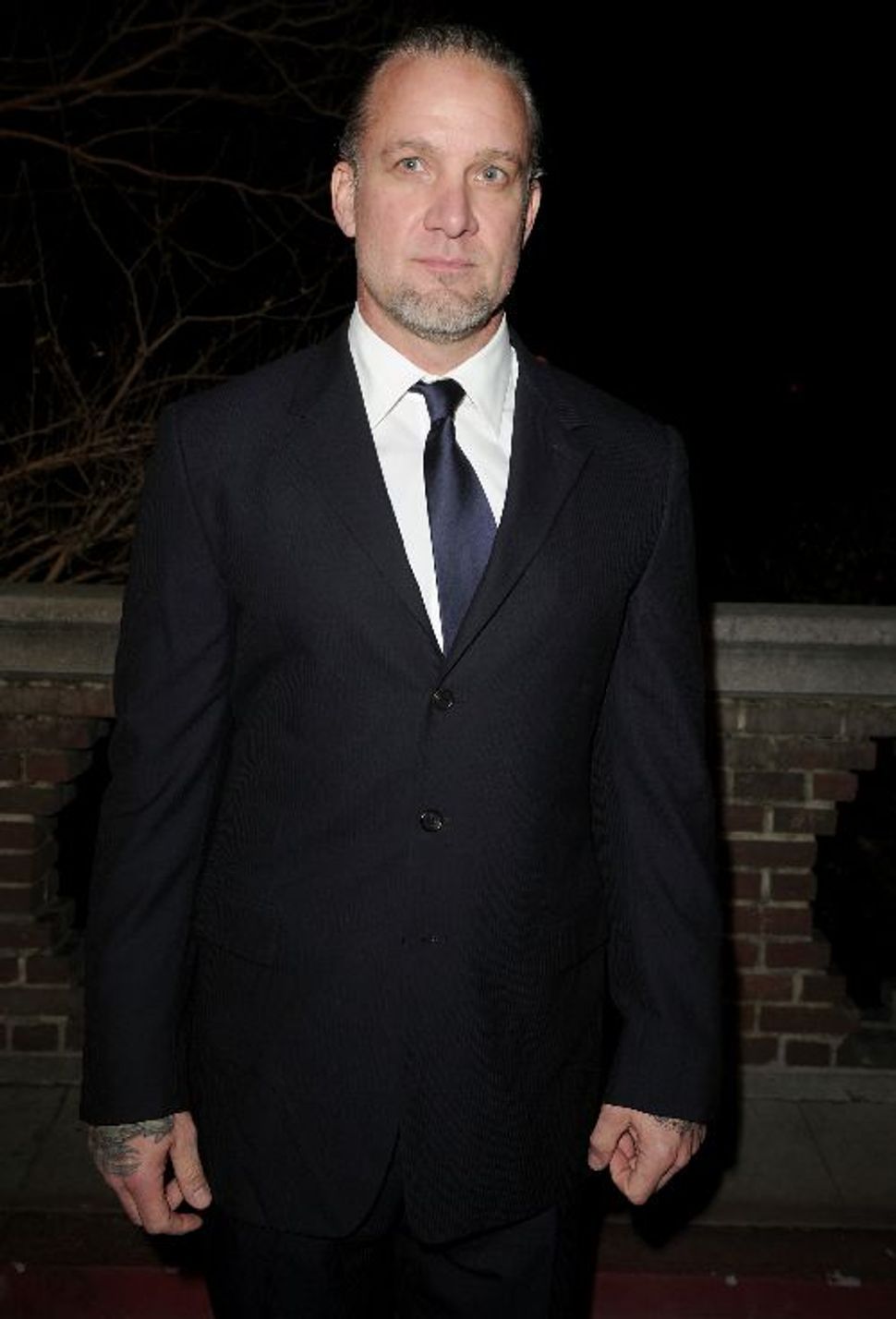 Jesse James is one mixed-up guy. Just days after photos emerged of him smiling as a passenger in his car gives a [Nazi salute] (https://forward.com/the-assimilator/135003/), news broke that Sandra Bullock’s philandering ex-husband recently visited Israel.

James — who was previously snapped wearing a nazi cap and giving a “Sieg Heil” salute — visited the Jewish state for an upcoming episode of his History Channel show “Jesse James Blacksmith.” During the episode, James, who is the CEO of West Coast Choppers, studies under the tutelage of Uri Hofi, an Israeli man known as “the world’s greatest blacksmith.” (Hofi does his world-renowned blacksmithing from Kibbutz Ein Shemer in the Shomron.)

Apparently James went to Hofi for tips on how to rebuild an extremely rare 1937 Drake water-cooled Knucklehead. So the show features two knuckleheads. (Zing!)