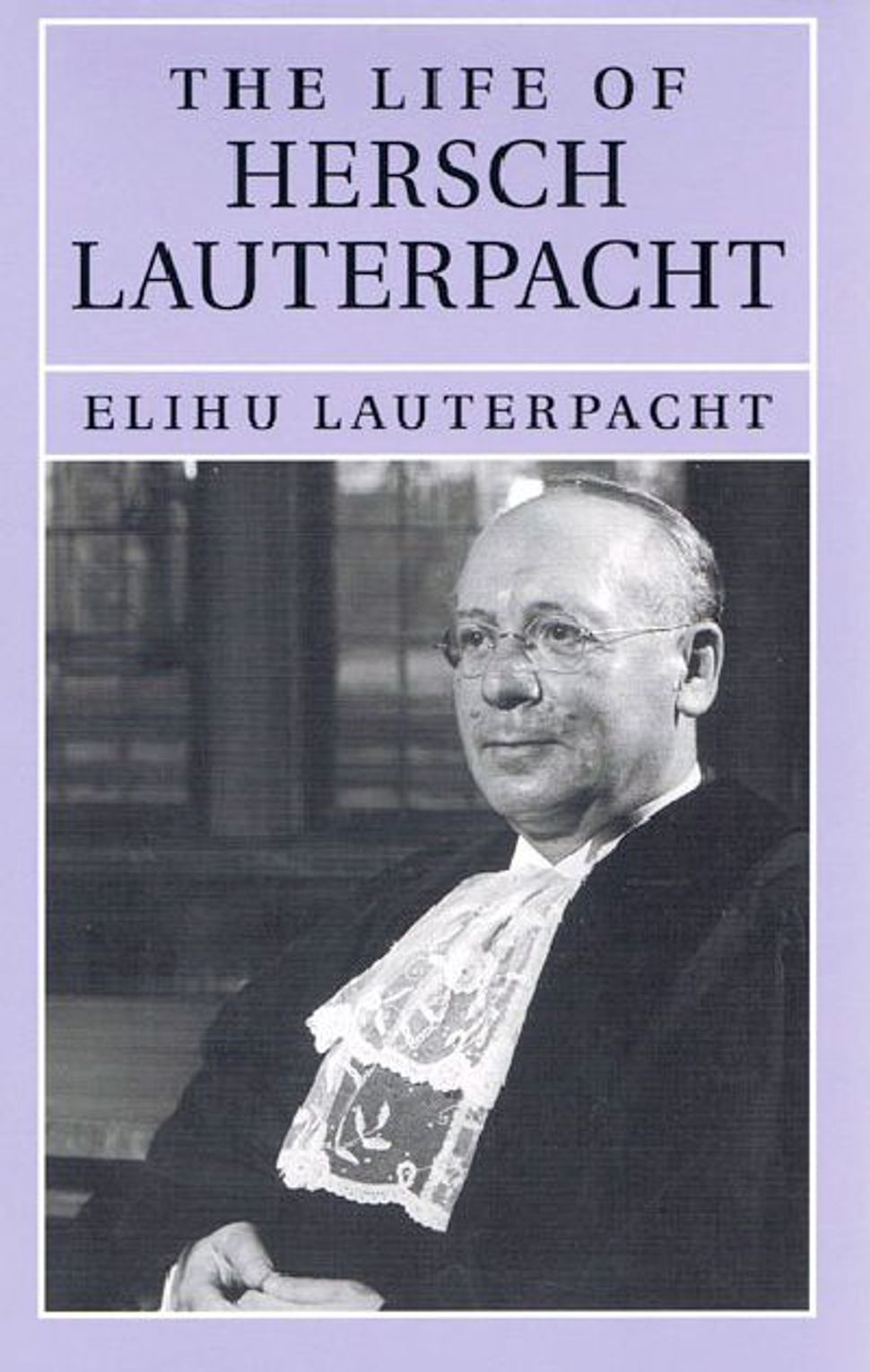 If you doubt that a biography of an acclaimed expert in international law can be loveably endearing, then you have not read “The Life of Hersch Lauterpacht” by his son Elihu Lauterpacht, published in November by Cambridge University Press. Both Lauterpachts, father and son, were knighted for their contributions to the field, and Elihu was founder and first director of The Lauterpacht Centre for International Law, named in honor of his father.

Hersch Lauterpacht, born in Żółkiew in Eastern Galicia (today’s Zhovkva in western Ukraine) was raised in an ardent Zionist family and was drawn to his future wife Rachel in part because she was born in Palestine (two of Rachel’s sisters married Abba Eban and Chaim Herzog). Almost all of Lauterpacht’s family was slaughtered in Poland during World War II, and before December 7, 1941, he tirelessly crisscrossed America lecturing on a “more liberal interpretation of the Neutrality Act,” as Elihu terms it, to counter U. S. isolationism.

By 1942, Lauterpacht was already writing about punishment for war crimes, usefully and presciently addressing the Nazis’ postwar “I was only following orders” defense. After assisting in legal theory at the Nuremberg Trials, Lauterpacht would “cry out awfully in his sleep at the recollection of the bestialities he had heard described” there, according to his wife. Ironically, while advancing international humane behavior and fair play, Lauterpacht was himself repeatedly the target of British anti-Semitism, such as when a Foreign Office lawyer objected to Lauterpacht, a “Jew recently come from Vienna,” representing the UK on the United Nations Human Rights Commission in 1945. Elihu Lauterpacht drily notes that by that year, his father had been in England for 23 years, and a UK citizen for 15 years.

A chronic overworker, Lauterpacht was named to the International Court of Justice, only to die prematurely of cancer at age 63 in 1960. His son writes affectionately that Lauterpacht would try to avoid getting wet feet and resulting colds by crossing wet lawns “only on his heels, tipping his toes up in a manner aimed at minimizing contact with the ground.” Elihu explains that his father “regarded with silent contempt any attempt at concealment of Jewishness, as happened with a number of Jewish refugees who came to England in the 1930s, though he would have kept his views to himself and was even friendly with a number of them.” Hersch Lauterpacht was an erudite, eloquent friend of humanity.

Watch a video of Sir Elihu Lauterpacht, Professor of International Law at Cambridge University, speaking on “The Role of the International Judge.”