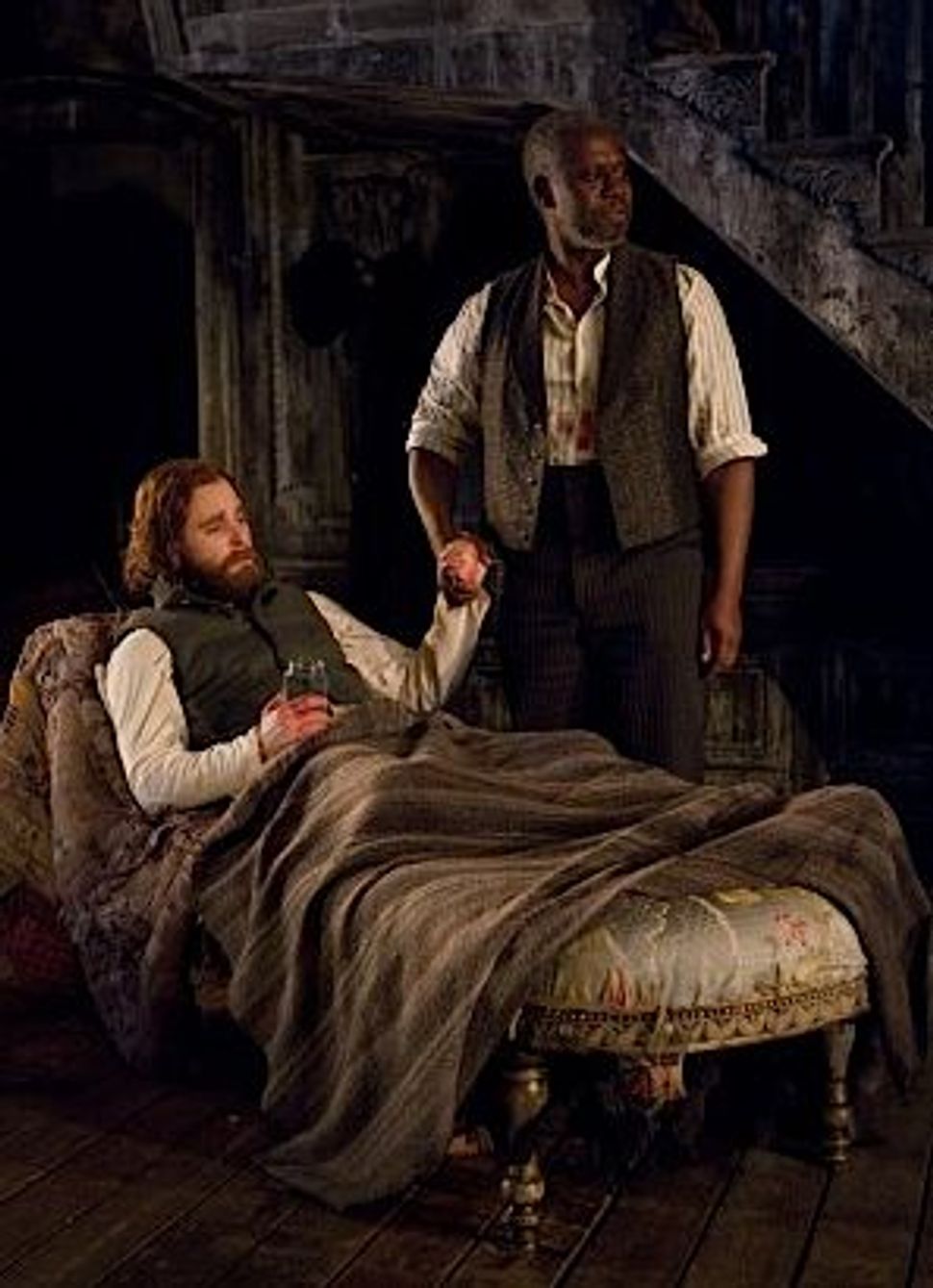 While the Seder depicted in Matthew Lopez’s play “The Whipping Man,” which opened February 1 at New York City Center, serves its usual function, it does so in a haunting and powerful way that only America’s most tumultuous era could create.

The year is 1865 and we are in the nearly destroyed Richmond, Va. home of the wealthy DeLeon family, a setting that gives new overtones to the age-old celebration. The war has ended, the South has fallen, and just a day ago Abraham Lincoln drew his last breath at Ford’s Theater.

André Braugher gives a commanding performance as Simon, the senior-most slave who has been left in charge of the homestead, while his comrade John (a smooth André Holland) disappears on benders for days on end. Stumbling in from the rain is Caleb (Jay Wilkison), their master’s son, laden with gangrene and a heavy heart.

Their meal is rag-tag at best, improvised the way the first Passover feast was: Hardtack serves at matzo, raw collard greens as bitter herbs, and the wine has been pilfered from a vacant mansion down the road. As the night wears on, family secrets are revealed and questions are answered.

This stirring scene, dimly lit by a few scattered candles, creates a powerful comparison. “Let all who are in need come celebrate Pesach. This year we are slaves, next year we may be free,” they read.

The solemnity and quiet of the little meal in a deserted city is striking. As Caleb reads from the Haggadah, Simon sings “Go Down, Moses,” a spiritual that soulfully tells the story of Passover. The resonance of Braugher’s voice, coupled with the nontraditional landscape of the dinner table inside a burnt, dilapidated mansion, is practically overwhelming.

What director Douglas Hughes and the play’s fine trio of actors have created is a period piece that is not locked in its period. It is a story that examines cross-cultural identity (like the anomaly of African-American Jews in the Confederacy), and ties them together through song and scripture. And the comparison does not focus only on the negative. Picking cotton or building the pyramids comes second to the experience of freedom itself, with all of its hardships, responsibilities, and promise.

The door that was cracked for Elijah has swung open in the night. Now all three men, slaves of their station and its secrets, must begin anew. Bonded, though no longer in bondage.