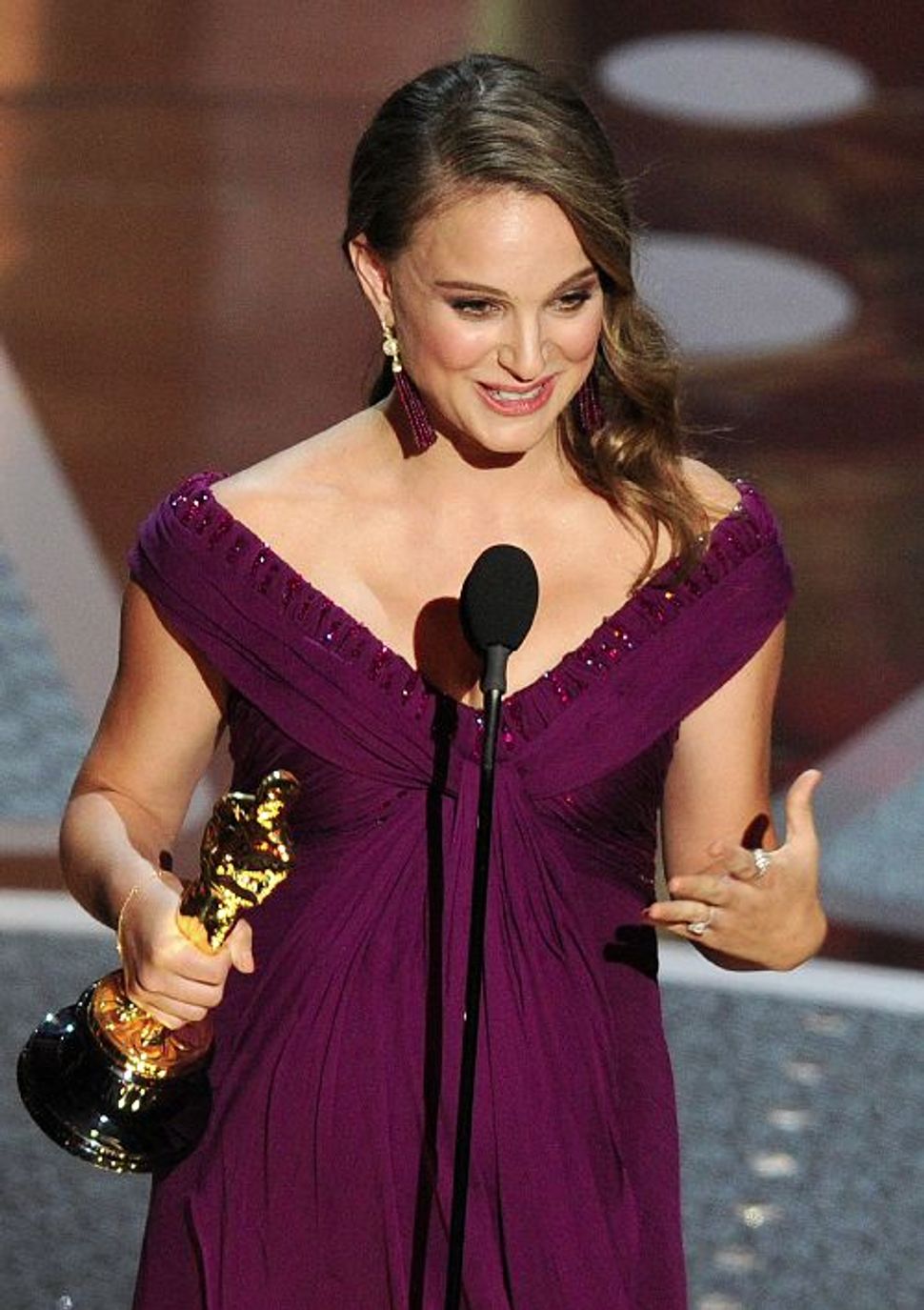 Jews behind the camera, and one who works in front of it, scored big at last night’s 83rd annual Academy Awards. As widely expected, Israeli-born thesp Natalie Portman nabbed the Best Actress honor for her mad-ballerina shtick in “Black Swan.” Backstage, the with-child Portman told reporters, “[Pregnancy] has sort of been a protection against all of the hoopla, and the part that keeps you centered,” Entertainment Weekly reported. While “Swan” director Darren Aronofsky lost to “The King’s Speech” helmer Tom Hooper, the latter picture turned out to be a prize-getter for the Tribe. Screenwriter David Seidler, a stutterer whose grandparents died in the Holocaust, won for Best Screenplay; Emile Sherman, an Australian Jew, was one of three producers who accepted the Best Picture award for “Speech.” The Best Adapted Screenplay nod went to Aaron Sorkin for “The Social Network”; the Hollywood veteran told CBS News he’d “barely” heard of Facebook before the film, and closed his account once the movie wrapped.

Danish-Jewish director Suzanne Bier, the daughter of Holocaust refugees, scored a Best Foreign Language Film statuette for Kenya-set melodrama “In a Better World.” In the hotly contested Sound Mixing category, Lora Hirschberg was one of three honorees for “Inception.” Rounding out the Semitic successes, JTA reported that director-writer Lee Unkrich accepted the award for his animated feature “Toy Story 3,” and composer Randy Newman added another Oscar for his song “We Belong Together” from the same film. And while Israeli films didn’t fare well – none made the cut for Best Foreign Film this year — filmmakers Kirk Simon and Karen Goodman took home the Best Short Documentary prize for “Strangers No More,” about an Israeli school struggling to integrate immigrants.

“The 10 Jewish Oscar winners’ ranks were augmented by an array of Oscar presenters, including Kirk Douglas, Scarlett Johansson, Billy Crystal and Steven Spielberg,” JTA reported. And, said JTA, “co-host James Franco added another heimishe note by introducing his beaming Jewish mother and grandmother, both sitting in the audience.”