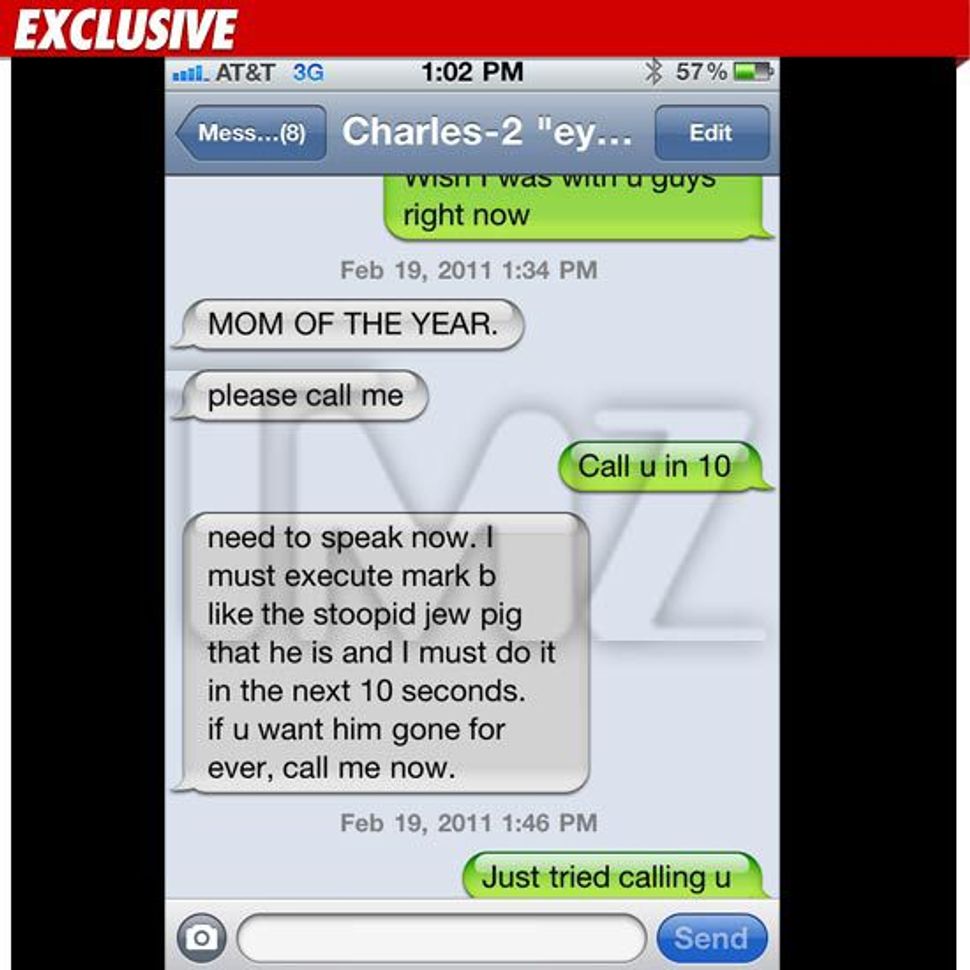 Charlie Sheen sent a scathing, anti-Semitic text to Brooke Mueller about his manager, saying, “I must execute mark b [Mark Burg] like the stoopid jew pig that he is,” the actor’s estranged wife said. 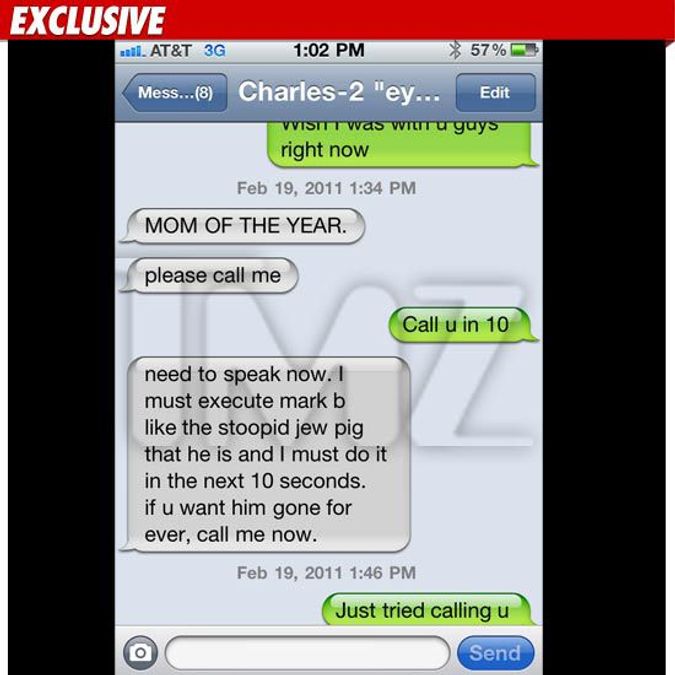 Sources say Sheen sent the text last week, after firing Burg but before rehiring him.

The text was quoted in Mueller’s declaration in support of her request for a restraining order.

Sheen told TMZ he did not send the text, saying, “I busted Brooke a year ago sending text messages from my phone to family members to cause discord. Both Natalie and Rachel (aka, the goddesses) will testify they observed Brooke with my phone on that day.” Sheen added, “I have to believe the text about Mark Burg is a repeat performance.”