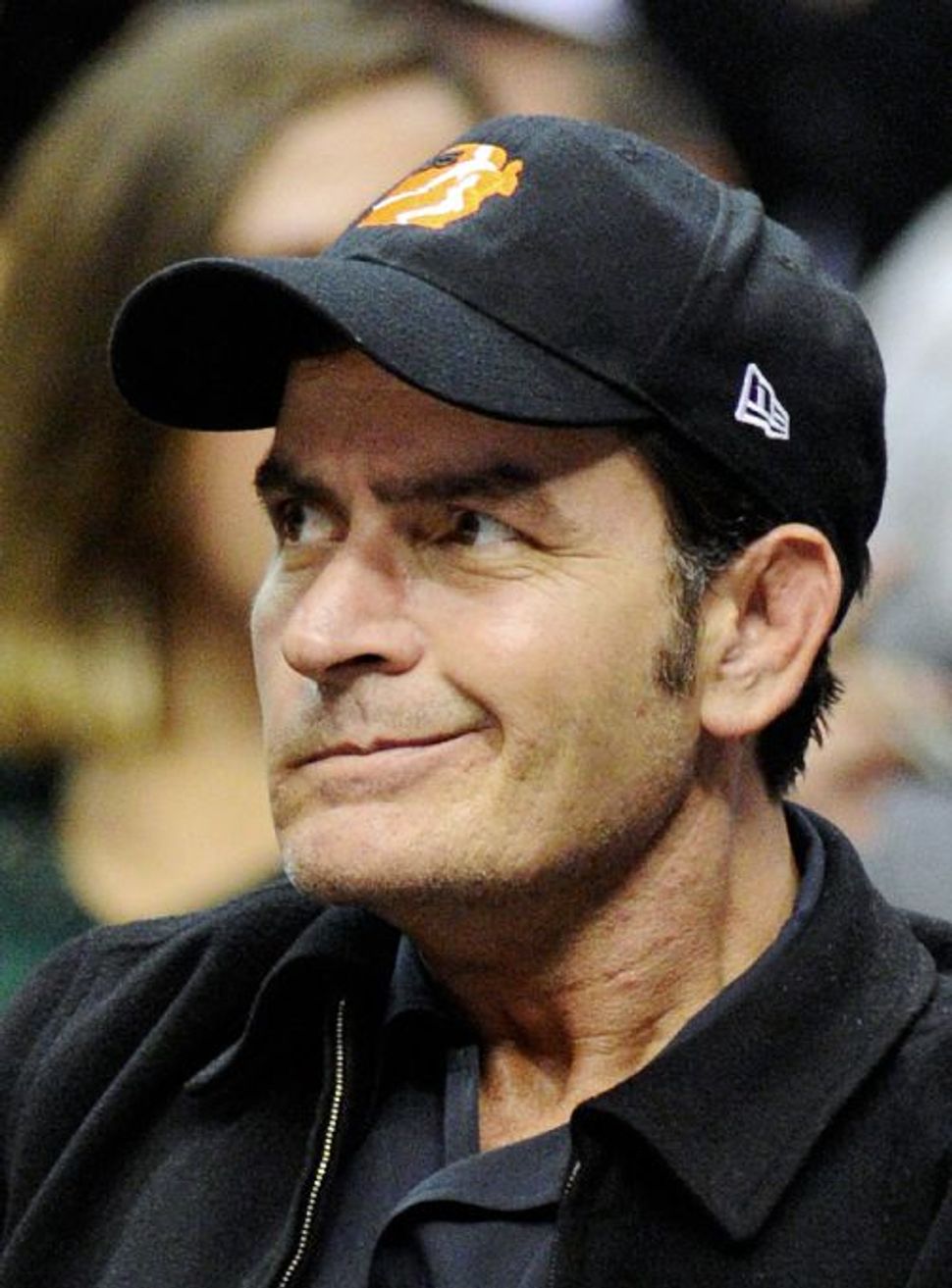 Who knows what evil lies in the hearts of celebs? In the age of cell-phone cameras, radio talk shows and YouTube, the answer is: nearly everyone.

At least in the last couple weeks, that evil has been a familiar one: anti-Semitism, with everyone from Charlie Sheen to (allegedly) Julian Assange to a Japanese rock band making what were at best questionable statements (sartorially or otherwise) about Jews and/or Nazis.

The Shmooze, in recent days, has come to resemble nothing so much as a running tally of anti-Semitic celebrity behavior, as well as a log of other celebrities making excuses for the anti-Jewish ranters and ravers.

What gives? (Or as our editorial yesterday asked, “Who raised these guys?”) A quick scan of the news rules out the normal explanations. Relations between Israel and its neighbors are relatively calm, for once, with the main drama in the Middle East unfolding in repressive Arab police states. The global economy, sadly, is still limping along, but there haven’t been any specific developments that would stir up the old hatreds and conspiracy theories.

It’s not like anti-Semitism ever fully goes away, though it’s blessedly far less prevalent now than in most of history. We are relieved and grateful that John Galliano was so quickly and widely condemned, and that Christian Dior fired him. Still, anti-Jewish sentiment has been popping up in strange and unsettling places, whether from the mouths of former Hollywood A-listers (ahem, Mel Gibson), in the ramblings of CNN bloviators, or in photos of Sandra Bullock’s ex-husband, Jesse James.

What’s unusual about the most recent eruptions of anti-Semitism has been their rapid-fire timing. Even Gawker, most famous of late for revealing embarrassing political sex scandals, has been inspired to wonder, “How the Hell is Anti-Semitism Having a ‘Moment’?”

The Shmooze wishes there were a simple answer, but mostly, we’re hoping that the moment will pass. And quickly.

In the meantime we have plenty to write about.