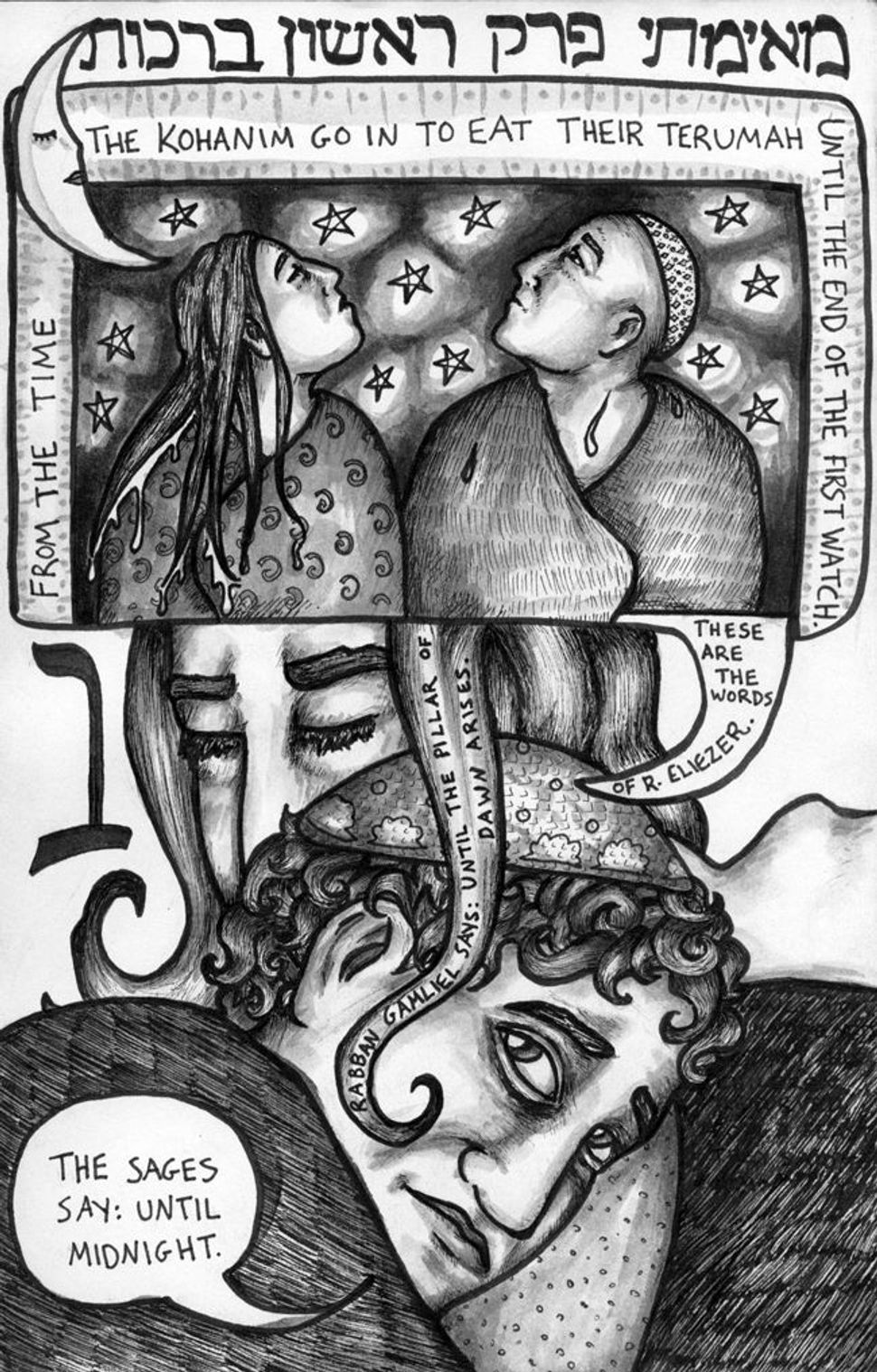 Earlier this week, Aaron Roller, an editor of Mima’amakim, wrote about the Jewish Austin Powers and the Jewish poetry conspiracy. His blog posts are being featured this week on The Arty Semite courtesy of the Jewish Book Council and My Jewish Learning’s Author Blog series. For more information on the series, please visit: 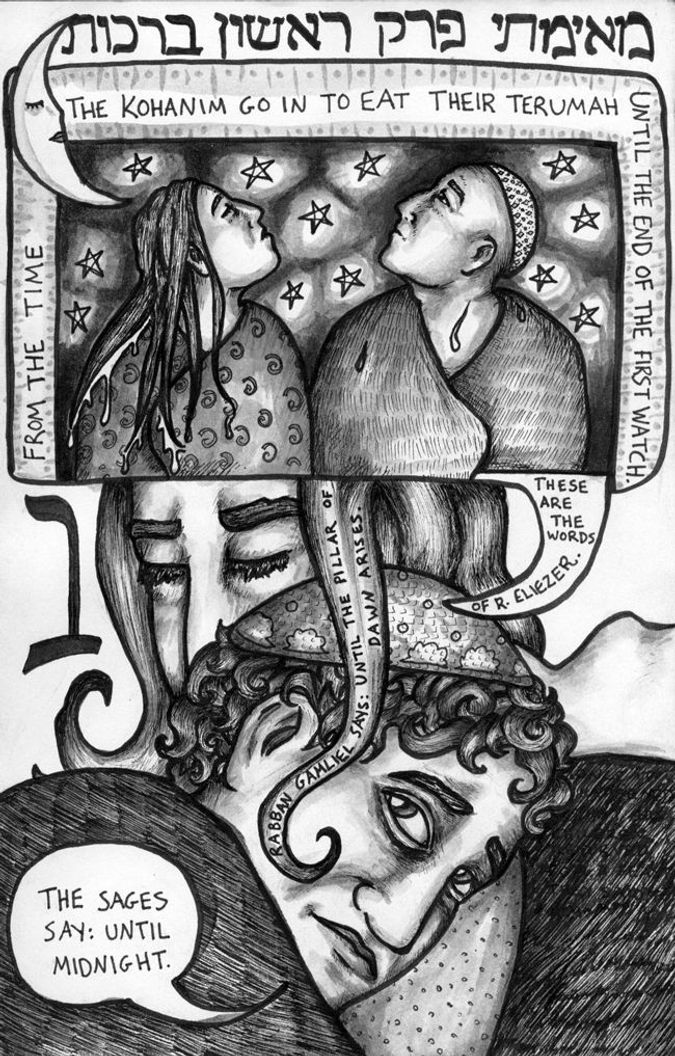 I knew something exciting was afoot when an e-mail from the poet Jake Marmer popped up in my inbox with the subject header, “Won’t you be my Tosafot?” Jake Marmer is a longtime editor with Mima’amakim who performs improvisatory jazz poetry with the hippest downtown avant gardists. The Tosfos were a group of Talmudic commentators centered mostly in medieval Provence whose work of dense and brilliant legal exposition is compiled in the margins of the Talmud. As many a teacher of Talmud might ask, “So, nu, what’s the connection?”

Jake had the idea of creating a page of poetry that would mirror the form of the Talmud. The actual words of the Talmud occupy the center of the page. They are flanked on either side by commentaries. On the inside margin is Rashi, the 11th-century giant, and on the outside margin are the Tosafot. Jake offered an initial poem to a bunch of fellow poets to get the ball rolling. Then he stood back and waited for us to create our own, individual “commentaries” to his original work. Then one of the participating poets, Sipai Klein, took the commentaries and synthesized them all into two distinct texts, one to serve as the Rashi and one to serve as the Tosafot. The resulting page appears in the new issue of Mima’amakim.

The poems the resulted manage to capture some of the flavor of the Talmud. Just as Talmud (and the Tosafot commentary) captures a multiplicity of voices and synthesizes them into a single continuous text, Sipai took the different poets, each different styles and approaches, and turned their words into a collaborative text. It’s all so seamless that I don’t even remember which part I wrote anymore.

But, in case one reimagining of the Talmud isn’t enough, Mima’amakim features two. Where Jake and his team of commentators adapted the format of the Talmudic page to a radically different, poetic content, Yonah Lavery-Yisraeli takes the content of the Talmud and brings it into a contemporary format, that of the comic book. Yonah takes the characters and situations of the Talmud out of the ancient Aramaic and put into the most understandable of all literary formats. In so doing, Yonah opens the reader’s eyes to the lyricism, emotion and even the humor of the Talmud. Yonah’s comics render the Talmud and its rabbis as people who are, if not exactly contemporary, then at least familiar and easy to relate to.

While Yonah has a large number of Talmud comics available to view at her website, she was kind enough to let Mima’amakim publish a pair of images in our newest journal. When laying out the journal, it only made sense to have one of the Talmud comics face Jake’s Talmud-inspired poem, creating a two-page spread of artistic creativity inspired by the richness of the Talmud, itself one of the greatest Jewish literary contributions of all time.

The new issue of Mima’amakim is now available. Aaron Roller has been blogging all week for the Jewish Book Council and MyJewishLearning’s Jewish Authors Blog.