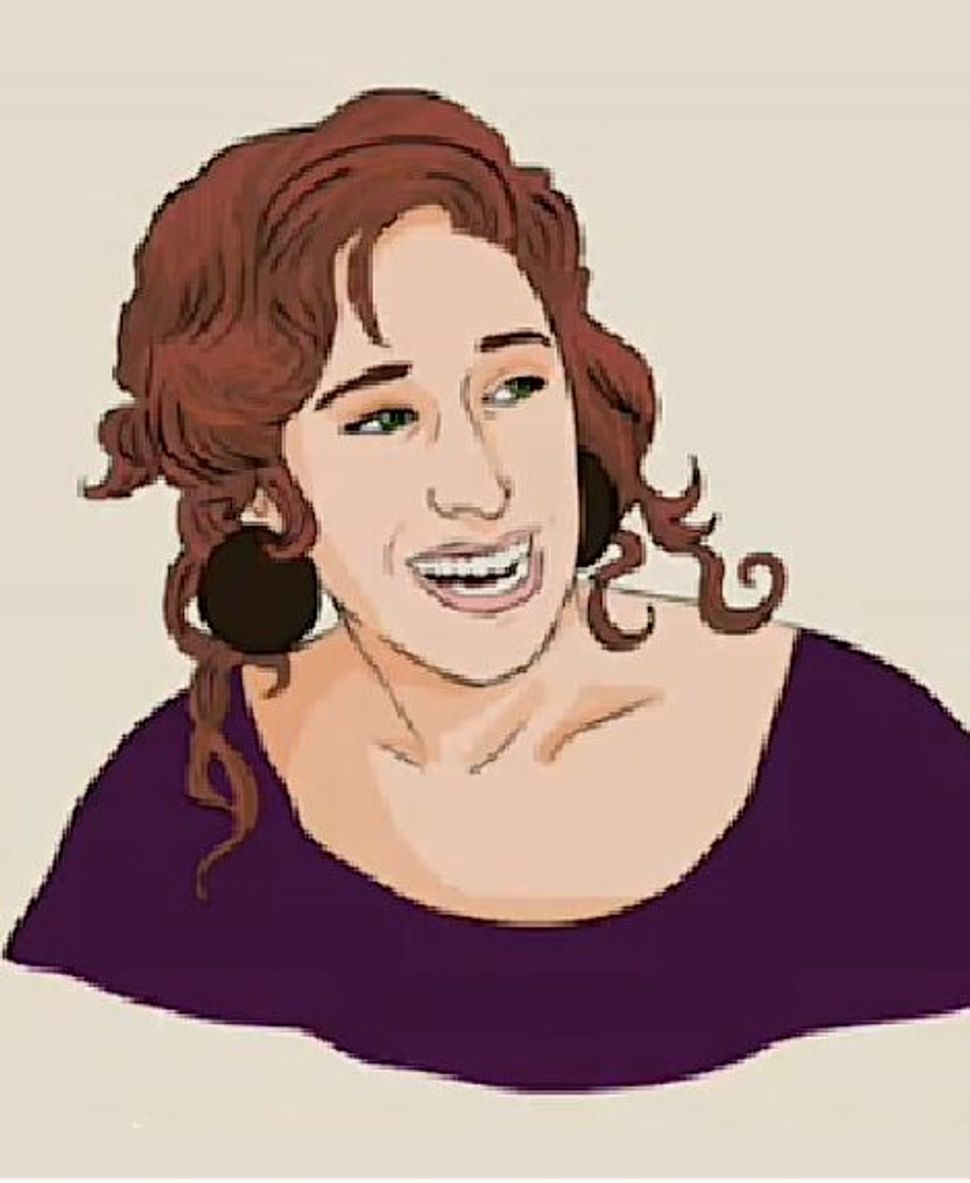 Image by Courtesy of Sarah Lefton

G-dcast, supported by funders including ROI, Natan, Righteous Persons Foundation, UpStart and the Joshua Venture Fellowship, has recently released a DVD of all 55 of its Torah portion videos (“the offline version of the online hit”), accompanied by a book of creative lessons written by educator Emily Shapiro Katz. In addition, an iPad and iPod G-dcast app is in development.

In just a few short years, Lefton, a graduate of NYU’s Masters in Interactive Telecommunications Program, went from pondering the use of Internet technology, to exposing non-traditional Jews to Jewish learning, to having made 65 short films. Indeed, it was Lefton’s original idea to produce weekly Torah portion commentaries aimed at a young audience — the same people to whom she had been marketing t-shirts through her (now defunct) jewishfashionconspiracy.com business. Her plan to reach this demographic by distributing animated shorts via YouTube, Vimeo and Facebook (in addition to the G-dcast.com website itself) was successful beyond her expectations.

In fact, it worked so well, that people outside the targeted demographic — namely, Jewish educators — were watching (and using) them, too. “The unintended outcome was that teachers were embracing them,” Lefton remarked. They found the insightful and creative takes on the biblical texts by the commentators (G-dcast refers to them as “storytellers”) compelling, and the animation medium very accessible to young students. “I chose to use animation because it is so good for underscoring abstract ideas, and it affords you the opportunity to be funny, as well,” explained Lefton. “Plus, you can go back and add stuff in, if necessary.”

In response, Lefton, 37, regrouped with her team, which includes Roth as editorial director and animator Jeanne Stern, to retool G-dcast for day school, congregational and camp audiences. After making all the weekly portion videos at the breakneck speed of one per week in 2008-2009, they produced eight holiday-focused ones in the last year. Although these included the voices (literally and figuratively) of some celebrity guests from the creative Jewish community, the overall move has been toward more scripted and workshopped screenplays.

As successful as the original approach was, of giving well-known people “a chance to learn Torah and then talk about it in their own way,” as Roth put it, Lefton is seeking to even further improve G-dcast’s production values. “The more entertaining our storytelling, the more people will want to see the videos,” she explained.

With only two more holiday videos to go (including a Purim one featuring a spoken word performance by Vanessa Hidary), Lefton’s focus is now on the Prophets. “I am committed to animating the rest of the Bible,” she asserted. She has plans to commission popular Jewish singer-songwriters and musicians to create musical pieces for her animated films on each of the 12 Minor Prophets.

Lefton claims it is difficult to know exactly how many people are viewing and using G-dcast videos. She does know that 3,000 educators have registered for access to curricular materials through the project’s website. She can cite website statistics showing that G-dcast’s Hanukkah episode alone has had 45,000 views. She can also report that schools are screening G-dcast videos to all their classes every Friday.

But ultimately, “at the end of the day, the numbers don’t matter. It’s the stories that do,” Lefton reflected. She refers to the Torah and Jewish holiday stories that people are learning through her videos. But she also means the stories about how the videos are affecting those who view them, like that of a non-Jewish woman in Washington, D.C., who sent Lefton an unsolicited $1,000 donation to thank her. The woman was in the process of converting to Judaism and watched G-dcast every week. When she went to synagogue, people were impressed by how much she knew and could share about the weekly portion. “That’s the impact I care about,” Lefton said.