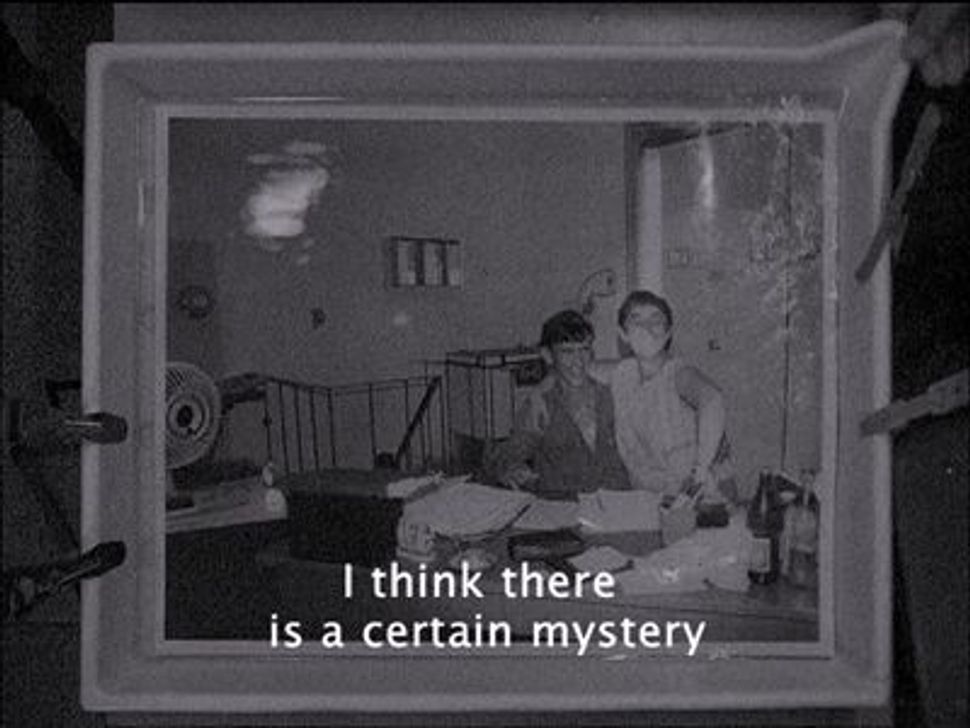 “Do you think we told a good story?” filmmaker Sharone Lifschitz asks her mother at the end of her video installation “The Line and the Circle.” “Yes, we talked about all sorts of things,” her mother responds. “You will now have to edit it.” The installation, a short film tucked away from the main galleries in New York’s Jewish Museum, where it is showing until August 21, is a small yet sweeping film that beautifully weaves together narratives about what it means to be a child, a daughter, a kibbutznik and an Israeli — and what it means to preserve memories while also embracing and forgiving the past. 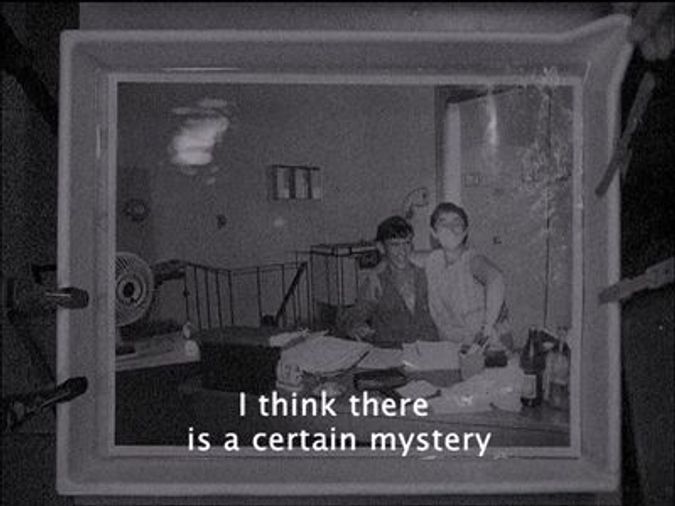 Just under 20 minutes long, “The Line and the Circle” was filmed over a two week period in 2009, and documents a conversation between Lifschitz and her aging mother. The movie follows the two as they return to the darkroom for the first time in over 20 years to develop black and white photographs taken on Kibbutz Nir Oz, where Lifschitz was born and raised. Throughout the film the camera remains fixed on the developing solution where the blank photo papers crystallize into images. Framed by a circle and a line, the development of the images is the only action seen through the camera’s unmoving lens. The photos, taken between 1959 and the early 1980s, depict day-to-day activities on the kibbutz, as well as celebrations and the occasional photo of Lifschitz and her mother. Watching the video, however, it is not the images or even one event that stands out. Rather, it is the sometimes disjointed conversation between Lifschitz and her mother that makes for the film’s narrative pull.

Looking at a large group posing for a photo, Lifschitz asks her mother what the gathering was for. “It depends if it was before or after the Six Day War,” her mother responds, casually referencing a major historical moment, without addressing the particulars of the event depicted in the image. The stop-and-start conversation and Lifschitz’s insistent questioning speak to the desperation so many of us feel to have our parents or grandparents tell us stories we could not or did not want to comprehend when we were younger. In those passing moments Lifschitz acutely captures the struggle of each generation to preserve the stories of their families, and to create a neatly ordered past that they can keep with them for their children.

Patiently, and a bit desperately at times, Lifschitz coaxes her mother along, trying to piece together the story of her life and to understand the utopian, socialist ideal that drove young people to settle kibbutzim in the late ’40s and early ’50s. By asking questions about each image Lifschitz sheds light on a movement that shaped Israel’s early foundation, while at the same time giving voice to the fading generation that so fervently worked to make the kibbutz a viable lifestyle.

In many ways though, it could be said that the film’s true essence is conveyed in the persistence with which Lifschitz questions her mother’s decision to stay on Kibbutz Nir Oz and to have her raised in the children’s house. Looking at an image, her voice tinged with sadness, Lifschitz notes that she has fond memories of being sick, as it meant that she was allowed to stay home with her mother. It is in this search both for comprehension and for forgiveness, that the film is able to speak to a broad audience, even one unfamiliar with the kibbutz movement. Stepping back from the specificities of Lifschitz’s own life, the questions, the search, and the implicit heartache speak to the universal experience of growing up and of coming to terms with the choices that parents make, and which children are often unable to forgive.

Watch an excerpt from ‘The Line and the Circle’: