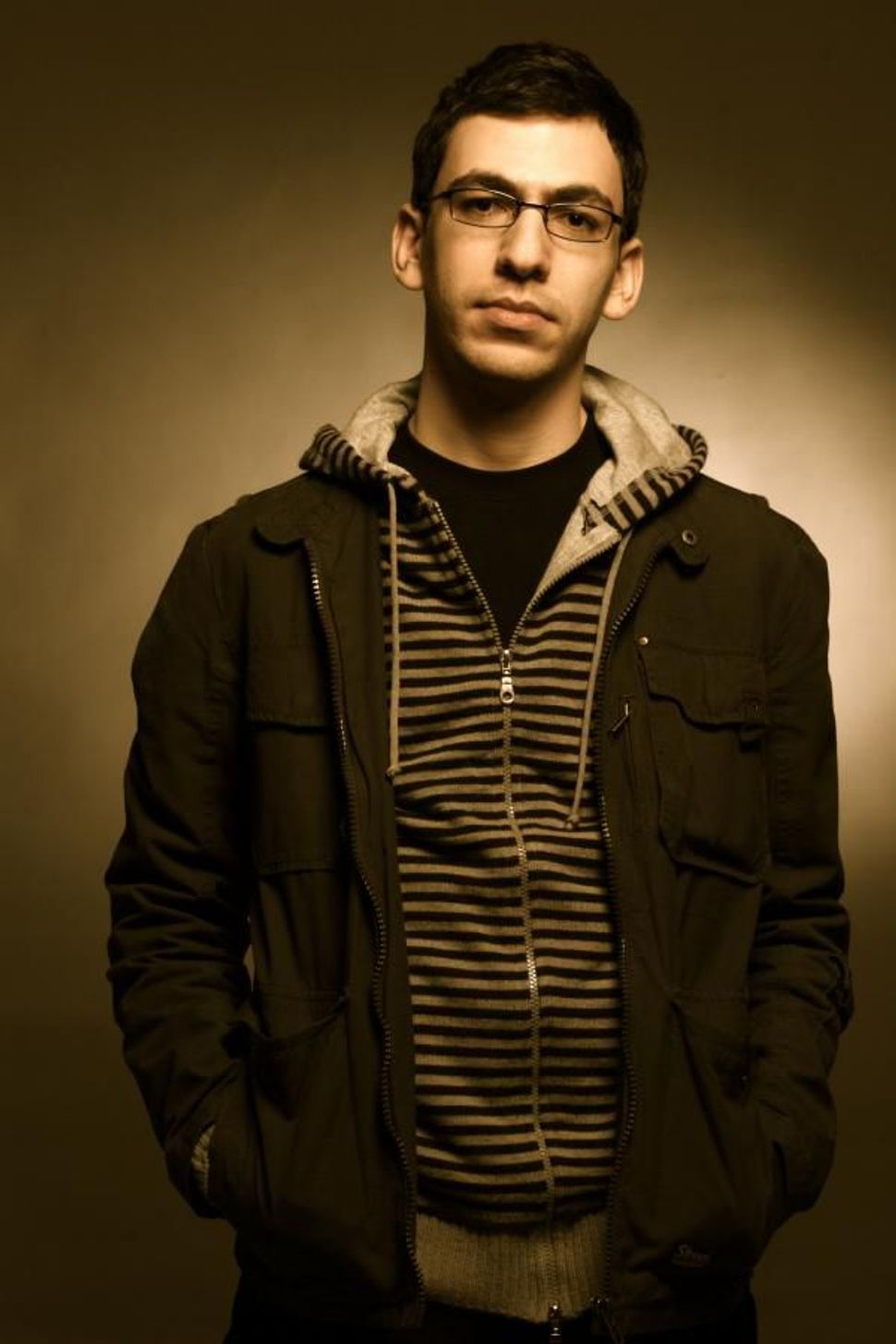 Image by Courtesy of Omer Klein

For those of us who cling to a romantic vision of the creative process — an image of the artist’s various influences simmering together in some delicious subconscious stew — it jars a little to hear Klein describe his oeuvre in these stark terms. The good news, though, is that Klein is a gifted jazz pianist who can riff on just about anything. A few of the pieces on “Rockets on the Balcony” started as what Klein describes as an “exercise” in writing folk tunes, and in their clumsiest moments, we can too easily hear the composer’s effort to come up with something that sounds homespun. Blessedly, though, these introductions don’t last long; far more exciting than Klein’s faux-folk melodies are the pleasing improvisations that come out of them.

“España,” which starts as just a sparse, syncopated, slinking melody in a minor mode, quickly blossoms into a brisk, exuberant piece with complex interlocking rhythms and novel melodic turns. Here and elsewhere, Klein takes full advantage of the piano’s versatility as a jazz instrument, drawing on a multitude of different textures and harmonies as he spins out surprisingly tuneful virtuosic passages. Another impressive performance comes halfway through “Wedding Song,” when Klein abandons the metronomic groove of the piece in favor of increasingly adventurous variations on its main theme. With Klein’s delicate ornaments and sparkling treble runs, this sounds a bit like something lifted out of Chopin; Its fiery showmanship is shot through with lyricism and grace. Though a skilled technician, Klein isn’t the sort of avant-garde jazz musician who strives for difficulty for its own sake; he seems always to play with the listener’s comfort in mind.

Less successful is “Baghdad Blues,” which begins with Klein and bassist Haggai Cohen Milo playing a Middle Eastern melody in unison. Later, Klein noodles around the theme with his usual flair for improvisation, but he plays only one note at a time, with no chords, as though the piano were a horn or shawm. The effect is somewhat bizarre, and the bluesy harmonies I expected from the title are nowhere to be found.

Klein’s stated goal for “Rockets on the Balcony” is to explore the “tension that exists between the horrors of war and our simple, enjoyable everyday life,” and that tension can be felt between the songs, if not always within them. Most of the pieces are relatively energetic, though the moodier ones — those meant, I assume, to evoke feelings of loss and grief — are especially lovely. The swank, wistful theme in “Shining Through Broken Glass,” expertly wrought by Klein on his Fender Rhodes, encourages that peculiar kind of melancholy that might best be described as luxurious. (Perhaps this is where Klein most closely approximates the blues.)

Listen to ‘Shining Through Broken Glass’:

The album’s title track, which Klein writes that he composed in Tel Aviv during the 2006 Lebanon War, is appropriately haunting: assorted percussion noises call to mind debris being blown around in the wind; a lilting, uncertain piano tune competes with ominous growls from the bass. The thought of the artist working to the sound of missile-fire is certainly a grim one, and yet, happily, this is music that transcends that particular circumstance. Listening to it, one can certainly picture a war zone. But, if not for the title, “Rockets on the Balcony” might just as easily be used in, say, the score for a French film about a doomed love affair. I’m not sure whether that makes the piece Jewish or not-Jewish, about daily life or about the horrors of war — but this kind of ambiguity is something that Klein’s best music richly deserves.