Book Claims Gandhi Was in Love With a Jewish Bodybuilder 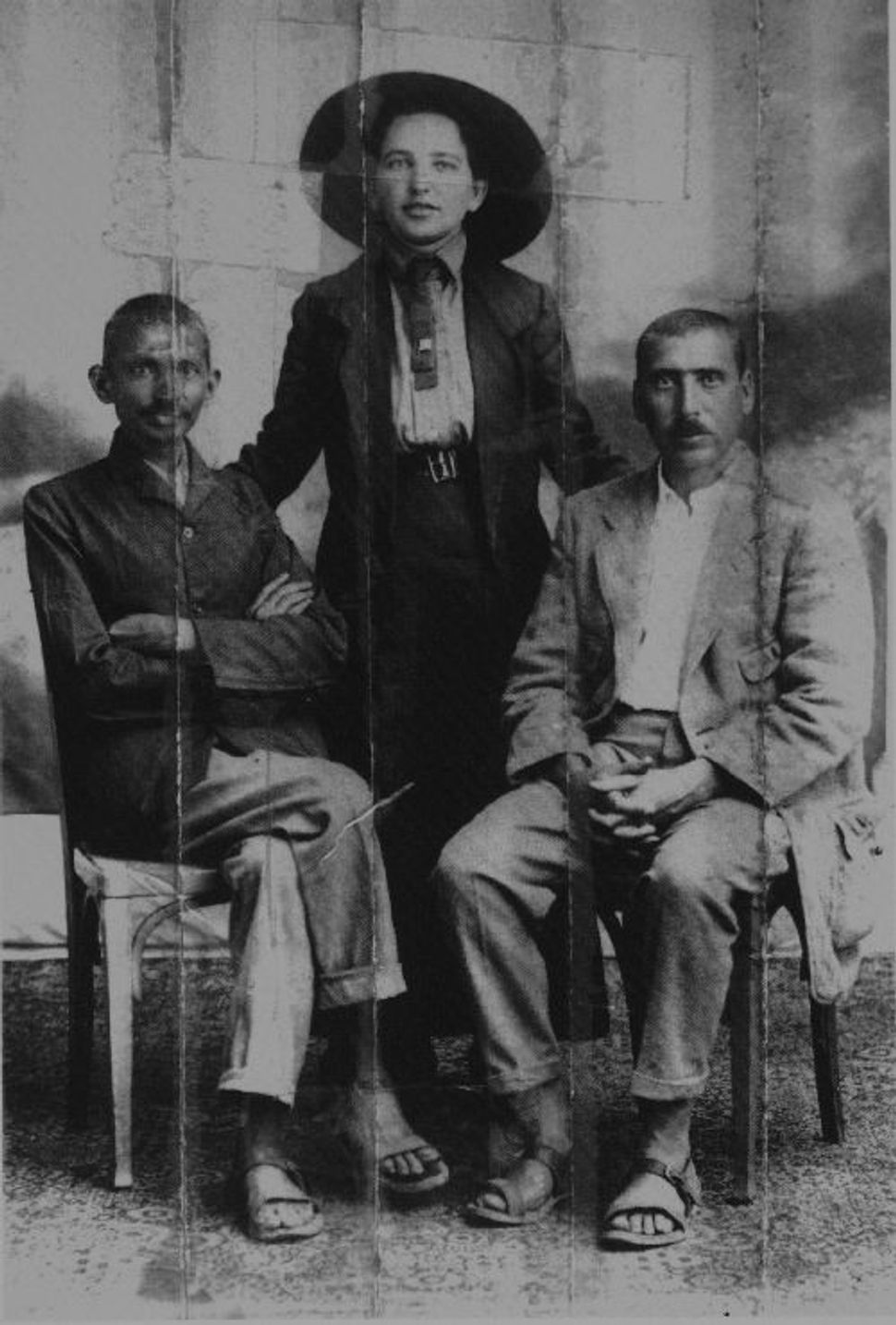 Gandhi (Left), Sonia Schlesin, his secretary (Center), and Dr. Hermann Kallenbach. Kallenbach sewed this photo in the collar of his jacket before joining Gandhi in England during the First World War. Image by Wikimedia

There are many things The Shmooze has yet to learn about Gandhi, but it’s hard to imagine anything more surprising than this: “the love of his life” was a German-Jewish bodybuilder named Hermann.

So says a new biography, “Great Soul: Mahatma Gandhi and His Struggle With India,” which reports that the anti-colonial leader left his wife for the man, one Hermann Kallenbach, in 1914, keeping a portrait of him opposite his bed. A review in the Wall Street Journal quotes from a letter in which Gandhi wrote that he considered Vaseline to be, umm, “a constant reminder” of his beloved.

Largely focused on Gandhi’s political travails, the book also includes other details from his private life, including his habit, in his 70s, of sleeping nude with young naked women, including his great-niece.

It also notes Gandhi’s belief that “a single Jew standing up and refusing to bow to Hitler’s decrees” might “melt Hitler’s heart,” and his suggestion that Jews in pre-state Israel “rely on the goodwill of the Arabs” “till Arab opinion” was ready for a Jewish state.

The review doesn’t mention the ultimate fate of Kallenbach, with whom Gandhi stayed in touch at least until the year Hitler came to power.

Book Claims Gandhi Was in Love With a Jewish Bodybuilder