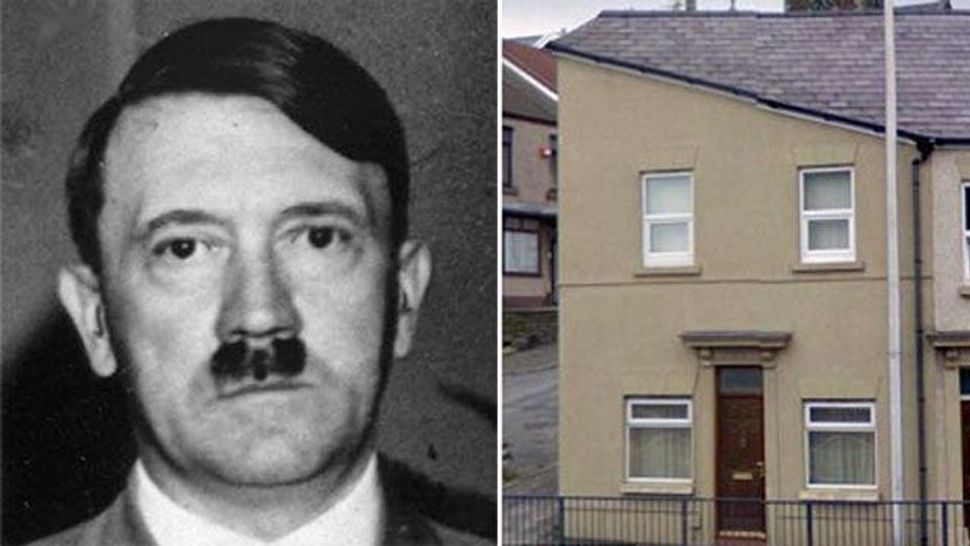 Someone call the Simon Wiesenthal Center: Hitler has been spotted in Wales!

Well, not Hitler, exactly, but his likeness — in the form, if you can believe, of a two-story house. A 22-year-old in Swansea noted the resemblance between the suburban home and the German dictator during a routine traffic stop, then set off a media frenzy by tweeting an image of the house.

Sure enough, with its slanting rooftop “hairline” and above-door “mustache,” the house looks a little like the fuhrer. (You know, if he were, um, a house.)

The Sun quotes a resident as saying he wasn’t aware of the Hitler look-alike in his midst, telling the paper, “You’d never know from this side of the street, but from a bit of a distance, it could almost be him. How funny that I never even noticed before.”

Wales Online identified the Hitler spotter as Charli Dickenson. The Shmooze is sure she’s good at her job as a “youth worker,” but rather than wasting her talents in Wales, we recommend someone send her off to Argentina or Brazil. We sense a Nazi hunter extraordinaire.