Friday Film: In ‘The Calling,’ the Mysteries of Faith Stay Mysterious 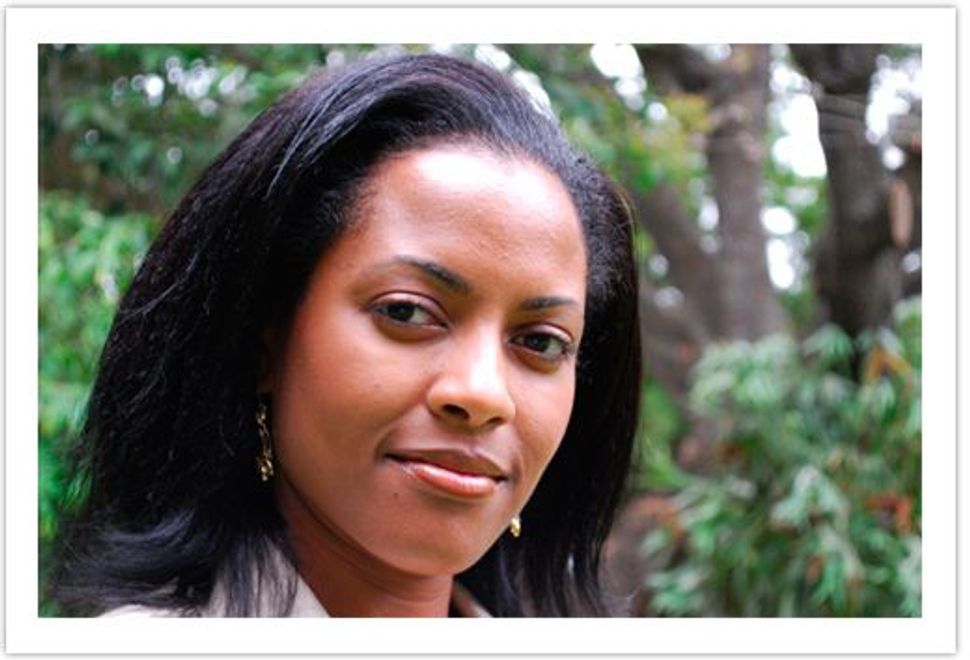 “The Calling,” a four-hour documentary that aired on PBS in December and screens this month in San Francisco and at Knesseth Israel Congregation in Birmingham, Al., profiles seven young Americans who have chosen to become leaders of their faiths. While the film’s intentions are good and it has interesting moments, seven lives are too many to examine in a meaningful way.

As might be expected, “The Calling” is balanced in a politically correct way, with two Muslims, three Christians (two Protestants and a Catholic) and two Modern Orthodox Jews. It is largely a fascinating group: Catholic priest Steven Gamez admits to reservations about celibacy. Jeneen Robinson, an African Methodist Episcopal minister, seems more interested in preaching than ministering. Rob Pene, a Samoan, is caught between two worlds. His father, a chief back home, dies, and Rob is elected to take his place — though it’s not clear what that entails.

Or consider Bilal Ansari, a divorced father of four enrolled in the Hartford Seminary’s Muslim Chaplaincy program. He is the son of a pastor, yet there is no explanation of how he came to Islam.

Ansari has been working as a prison chaplain for some time — how long is not clear. However, there is no light shed in how one studying to be a chaplain can already be working as one. Nor does anyone spell out what the responsibilities of a chaplain are and how these differ from being an Imam.

The two Jewish participants seem the most interesting (from a prejudicial point of view), though some of what they do is as likely perplexing to non-Jews as Christian and Muslim activities are to Jews.

Yerachmiel Shapiro is a graduate of Yeshivat Chovevei Torah (YCT) in New York. He’s married to a pregnant dentist and intends to be their child’s primary care giver. As his teachers make clear, that will prove a detriment to his employment opportunities.

Shapiro is a big teddy bear of a guy who is always smiling and enthusiastic, even when an older woman approaches him after he’s conducted his first wedding ceremony to tell him that she didn’t like his explanation for the breaking of the glass. Still Shapiro thanks her; he values her criticism.

He lands with an extremely tiny temple in Red Bank, N.J., located in a former house of ill repute. Despite the congregation’s small size and budget — or perhaps because of it — he approaches his job with vigor. He’s shown cooking a Shabbos meal for congregants and leading a service, dancing and with the mostly older congregation.

Shapiro even picks up the white pages of the phone book and calls everyone with a Jewish name, asks if they are affiliated, and if they are not, invites them to spend the High Holidays at his synagogue. Once there, he holds the first of what he says will be an annual shofar blowing contest. In short, he is inspirational, innovative and dedicated — a wonderful combination.

The other Jewish subject is Shmuly Yanklowitz, still a student at YCT. His emphasis as a rabbi to more on Tikkun Olam than on having a pulpit. “The old model of a rabbi is not really what I do,” he says.

We see him protesting at Free Tibet Rallies and travelling to Postville, Iowa, home of the infamous kosher meat processing plant, to help the workers.

More important, he starts Uri Le’Tzedek, an organization to certify that workers at kosher plants are treated properly.

Interestingly, Yanklowitz’s mother is Christian and his religious aunts still hope he will find Jesus before it’s too late.

Though “The Calling” takes on an interesting topic, one wishes for a more in depth treatment. Unfortunately, the film’s potential just makes it’s disappointments more obvious.

Watch a clip from ‘The Calling’:

Friday Film: In ‘The Calling,’ the Mysteries of Faith Stay Mysterious