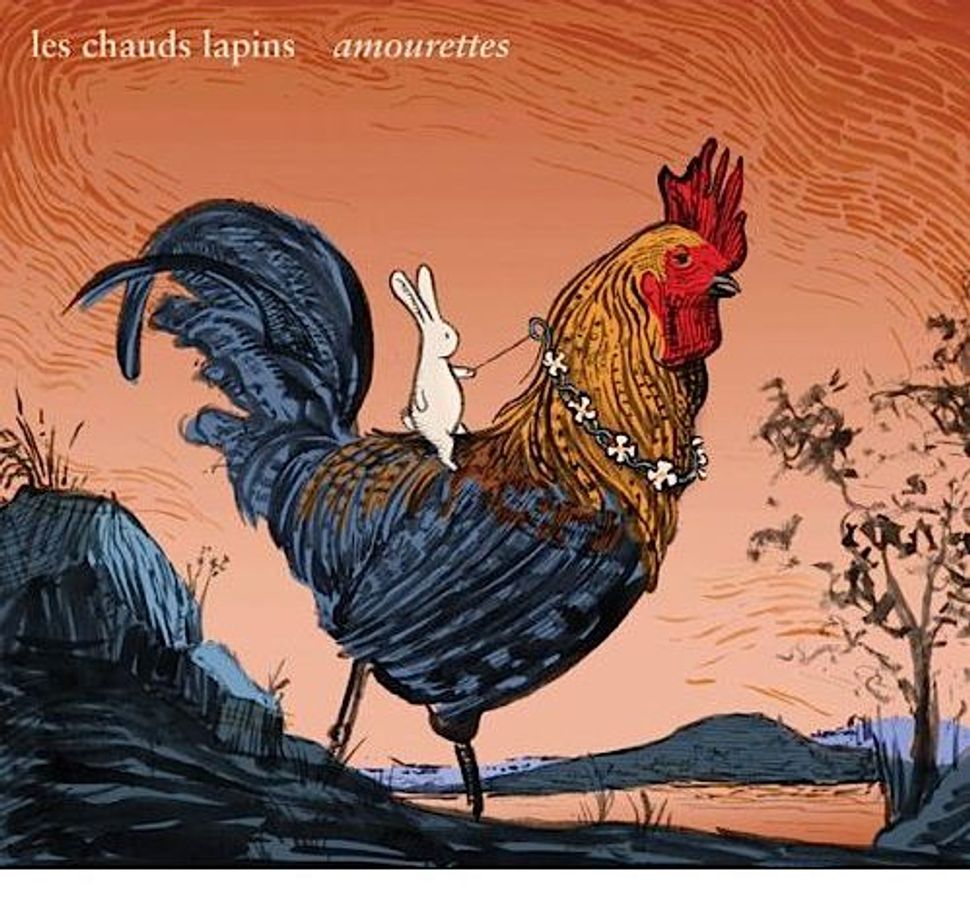 Is there a grouch in the world who can maintain a proper scowl while listening to French swing? There is something about the sound of this music (is it the sweet, kaleidoscopic chord changes, or the bouncy, peripatetic bass lines?) that seems to rob even the devout pessimist of any meaningful sense of gloom. Wistfulness is possible, yes: One sighs with vague nostalgia for some half-forgotten past, but it’s difficult to concentrate on the horrors of the present or the hopelessness of the future with all those guitars and ukuleles thrumming in one’s ears. 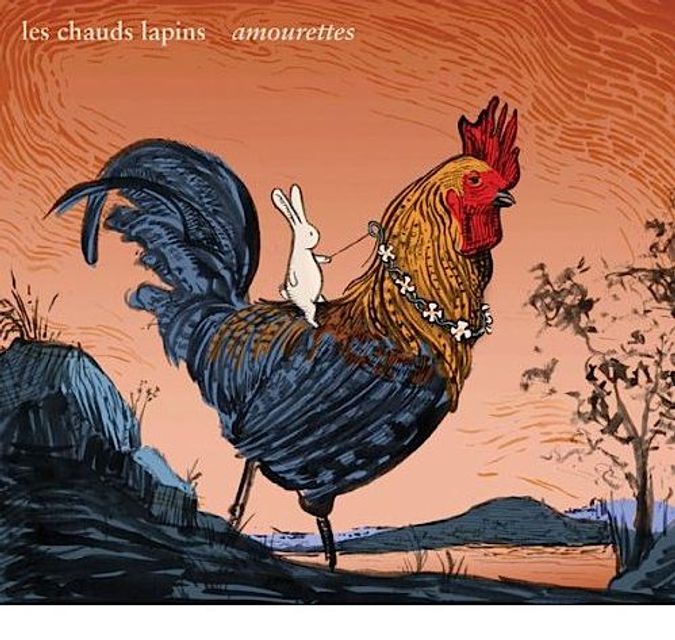 The New York-based band Les Chauds Lapins, led by Meg Reichardt and Forward art director Kurt Hoffman, specializes in this sort of mood-lifting music, and their new album, “Amourettes,” is a repository of hits from the French pop charts of the 1920s, ‘30, and ‘40s re-imagined and rearranged to maximum grin-inducing effect. Love is the subject of this collection, of course, but we sense — even before glancing at the English translations of the French lyrics — that these aren’t, for the most part, songs about pining, whining, or serious regret. Here is ardor at its most cheerily casual: We picture couples dancing on breezy evenings after too much wine, or whiling away sunny afternoons with books and teasing and naps.

Reichardt and Hoffman are fine vocal soloists, purring in amiably relaxed, almost sleepy tones (if not always in perfect French accents). They’re at their best in the tunes they sing together: The two voices weave in and out of harmony in a way that suggests easy — and at times cheeky — familiarity. Hoffman’s arrangements, often featuring a full string quartet along with two ukuleles (soprano and banjo), guitar, and winds, give this album a luxurious quality that the tinny recordings of the original tunes often lack. Soulful string solos and saucy interjections from the trumpet (Frank London, of The Klezmatics) balance any hint of ponderousness with a healthy dose of mischief. (The band’s name means “hot rabbits”; clearly, these are people who have a sense of humor about sex and love.)

Another theme here (albeit a less obvious one) is the often-overlooked role of Jewish composers and musicians in the popular music of Paris in the 1930s. “Amourettes” includes three songs written by Mireille Hartuch, a French-Jewish composer of what Hoffman aptly describes as “droll, Cole Porter-ish” melodies. (Following the German occupation of Paris, she hid in the south of France and worked for the Resistance.) Another piece on the album, “Quand j’étais Petit,” was the result of one of Charles Trenet’s many collaborations with the Jewish arranger Wladimir Rosenberg, better known as Wal-Berg. When the Germans arrived Wal-Berg was allowed to keep working — but only under the condition that his name be left off of all record labels. The knowledge that these and other Jewish musicians participated in, but are so often absent from, the historical record of this particular musical movement makes the joy in the music seem all the more fleeting. Is it wrong to ache for this moment — Paris poised on the brink of calamity?

The album kicks off with a playfully mysterious introduction to “Nouveau Bonheur,” a song that was originally written in both French and English for Maurice Chevalier to sing in the 1930 film “The Big Pond.” (Sammy Fain, who wrote the music, was the son of a cantor.) In this arrangement, a low, nervous cello riff, punctuated with chords from the other strings, makes an introduction; all the strings swoop up theatrically, arriving on a shimmering chord that announces Reichardt’s first vocal entrance. Ukuleles offer jaunty and delicate accompaniment, with the bowed strings sighing between and along with the singer’s lines. A surprisingly sultry viola solo later in the piece leaves the listener wondering why that instrument’s satisfyingly full-bodied sound (like the violin’s sadder-but-wiser sister) isn’t put to use more often in jazz.

My favorite track on this disc is the group’s rendition of “Le Fils de la Femme Poisson,” a rollicking account of the son-of-the-fish-woman’s quest for love and self-actualization. (His brother was the lion tamer! He loves the headless woman!) In this arrangement, prim tinklings from the ukulele and rich, somber statements from the strings alternate with the increasingly frenzied circus waltz (BOOM chic chic, BOOM chic chic) of the tune’s chorus. The underlying harmonic sequence from the self-consciously buttoned-up passages is instantly recognizable as the same one from Pachelbel’s Canon, which makes the contrast with the raucous carnival scene even more fun.

The album’s last piece — “Pluie,” written by Jean Lenoire and Bernard Zimmer — strikes an altogether different mood. The usual bouncing bass line is gone, replaced with a gently rocking lullaby tune played by the strings. Melancholy lyrics are delivered in reverent tones, with none of the playful irony that characterizes the rest of the album. A section in the middle of the piece has an almost liturgical quality, with each freely sung phrase coming to rest for a few beats in the stillness of a single chord. The song lyrics reference a lover, but we can easily hear this as an ode to other types of loss. Listening to this album is a bit like taking a field trip to another time and place — somewhere that we imagine being more colorful and romantic than our own. This last song is the one that reminds us that it’s time to come home, and that time — no matter how much we daydream — keeps marching on.

Watch a video for ‘Presque Oui’: