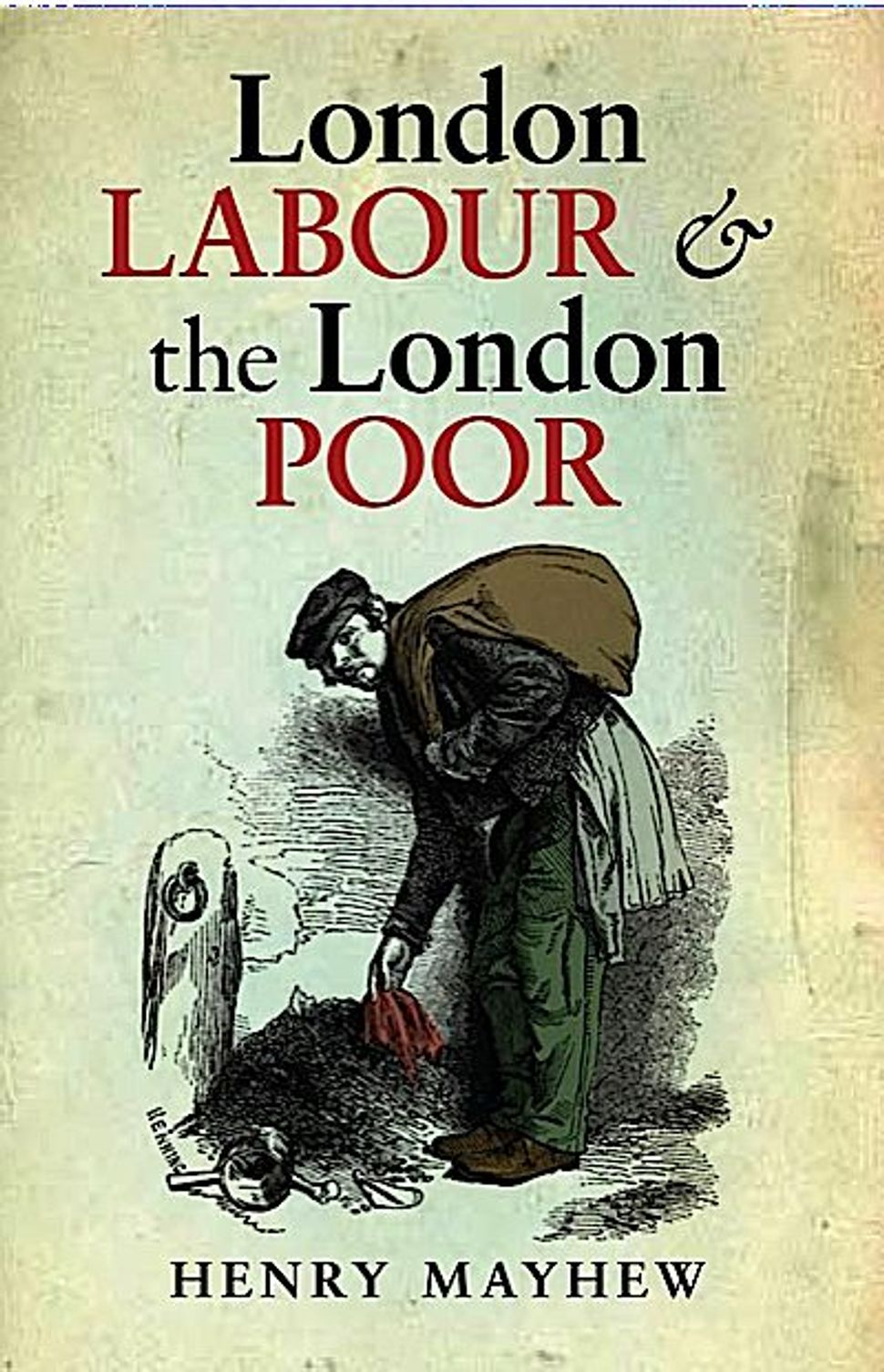 The vivid scenes of a bustling and brutally poor metropolis at the heart of Empire make Henry Mayhew’s masterpiece “London Labour and the London Poor,” first published in 1851 compelling reading. With or without Jews.

The Victorian social researcher originally published his work in three volumes and augmented it to four volumes in 1861 so reprints, apart from a long-unavailable complete version from Dover Publications decades ago, and current print-on-demand services, are by necessity abridgements. One such, in 1968, evoked a rave review from poet W. H. Auden, later collected in his “Forewords and Afterwords” lauding Mayhew’s “amazing ear for speech”; establishing that even the most caricature-like of Dickens’ characters seem to be inspired by reality as notated by Mayhew; and for giving a voice to the voiceless. (Even the stone-hearted poet Philip Larkin was moved by one of the monologues of misfortune in Mayhew to write a 1950 poem, “Deceptions.”)

So a smartly presented abridgement of Mayhew from Oxford University Press, published on November 17, 2010, following up on a handy, still-available Penguin Classics selection from 1985 is highly welcome, with the single caveat that both shortened presentations omit Mayhew’s London Jews. For the complete Mayhew includes short chapters interviewing and describing the Jew Old-Clothes Men; Jew-Boy Street-Sellers; the Street-Jews; the Jew Street-Sellers of Accordions; the Street Jewesses and Street Jew-Girls, etc. There is enough material for a separate edition of “Mayhew on the Jews,” which could feature such observations as the following:

There are a few adult Jewesses who are itinerant traders, but very few. I met with one who carried on her arm a not very large basket, filled with glass wares; chiefly salt-cellars, cigar-ash plates, blue glass dessert plates, vinegar-cruets, and such like… She peeped in at each shop-door, and up at the windows of every private house, in the street in which I met her, crying, “Clo’, old clo’!” She bartered her glass for old clothes, or bought the garments, dealing principally in female attire, and almost entirely with women… “When I hawk,” she said with an English accent, her face being unmistakably Jewish, “I hawk only good glass, and it can hardly be called hawking, as I swop it for more than I sell it. I always ask for the mistress, and if she wants any of my glass we come to a bargain if we can. O, it’s ridiculous to see what things some ladies — I suppose they must be called ladies — offer for my glass. Children’s green or blue gauze veils, torn or faded, and not worth picking up, because no use whatever; old ribbons, not worth dyeing, and old frocks, not worth washing. People say, ‘as keen as a Jew,’ but ladies can’t think we’re very keen when they offer us such rubbish.”

Or, when Mayhew quotes a boy sponge-seller whose “physiognomy was decidedly Jewish, but not of the handsomer type,”:

I believe I’m twelve. I’ve been to school, but it’s long since, and my mother was very ill then, and I was forced to go out in the streets to have a chance… Can I speak Hebrew? Well, I know what you mean. O, no, I can’t. I don’t go to synagogue; I haven’t time. My father goes, but only sometimes; so he says, and he tells me to look out, for we must both go by-and-by.” [I began to ask him what he knew of Joseph, and others recorded in the Old Testament, but he bristled up, and asked if I wanted to make a Meshumet (a convert) of him?] “I have sold all sorts of things,” he continued, “oranges, and lemons, and sponges, and nuts, and sweets. I should like to have a real good ginger beer fountain of my own; but I must wait, and there’s many in the trade. I only go with boys of my own sort. I sell to all sorts of boys, but that’s nothing. Very likely they’re Christians, but that’s nothing to me. I don’t know what’s the difference between a Jew and Christian, and I don’t want to talk about it. The Meshumets are never any good. Anybody will tell you that… I’ve heard of Baron Rothschild. He has more money than I could count in shillings in a year. I don’t know about his wanting to get into parliament, or what it means; but he’s sure to do it or anything else, with his money. He’s very charitable, I’ve heard. I don’t know whether he’s a German Jew, or a Portegee, or what. He’s a cut above me, a precious sight. I only wish he was my uncle. I can’t say what I should do if I had his money. Perhaps I should go a travelling, and see everything everywhere. I don’t know how long the Jews have been in England; always perhaps. Yes, I know there’s Jews in other countries. This sponge is Greek sponge, but I don’t know where it’s grown, only it’s in foreign parts. Jerusalem! Yes, I’ve heard of it. I’m of no tribe that I know of. I buy what I eat about Petticoat Lane. No, I don’t like fish, but the stews, and the onions with them is beautiful for two-pence; you may get a pennor’th. The pickles — cowcumbers is best — are stunning. But they’re plummiest with a bit of cheese or anything cold — that’s my opinion, but you may think different. Pork! Ah! No, I never touched it; I’d as soon eat a cat; so would my father. No, sir, I don’t think pork smells nice in a cook-shop, but some Jew boys, as I knows, thinks it does. I don’t know why it shouldn’t be eaten, only that it’s wrong to eat it. No, I never touched a ham-sandwich, but other Jew boys have, and laughed at it, I know.”

There aren’t many ways to recapture the sound of Jewish life in Victorian London and Mayhew is a uniquely personalized source.

Watch an appreciation by Jonathan Miller of Henry Mayhew below.

Watch another British television programme recreate one of Mayhew’s interviews below.