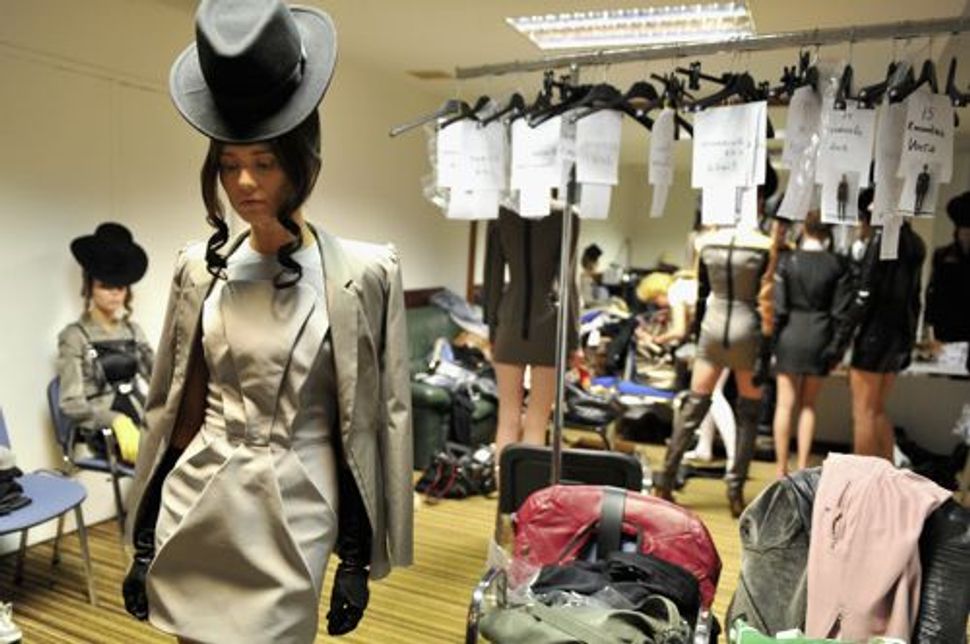 Looks like religious chic is becoming a bona fide trend.

Sure, H&M has their own Tallit, but now haute couture is getting its own Jewish flavor.

At this week’s Moscow Fashion Week, Russian fashion house St. Bessarion — which, ironically, is named for a Christian saint — dressed models in clothes inspired by Orthodox Judaism. Models wore structured black hats that rested on the front of their heads and their hair was styled to look like peyes.

It’s been nearly 18 years since Jean-Paul Gaultier sent his models down the runway in Hasidic garb (see below), so it seems about time for the trend to make a comeback.