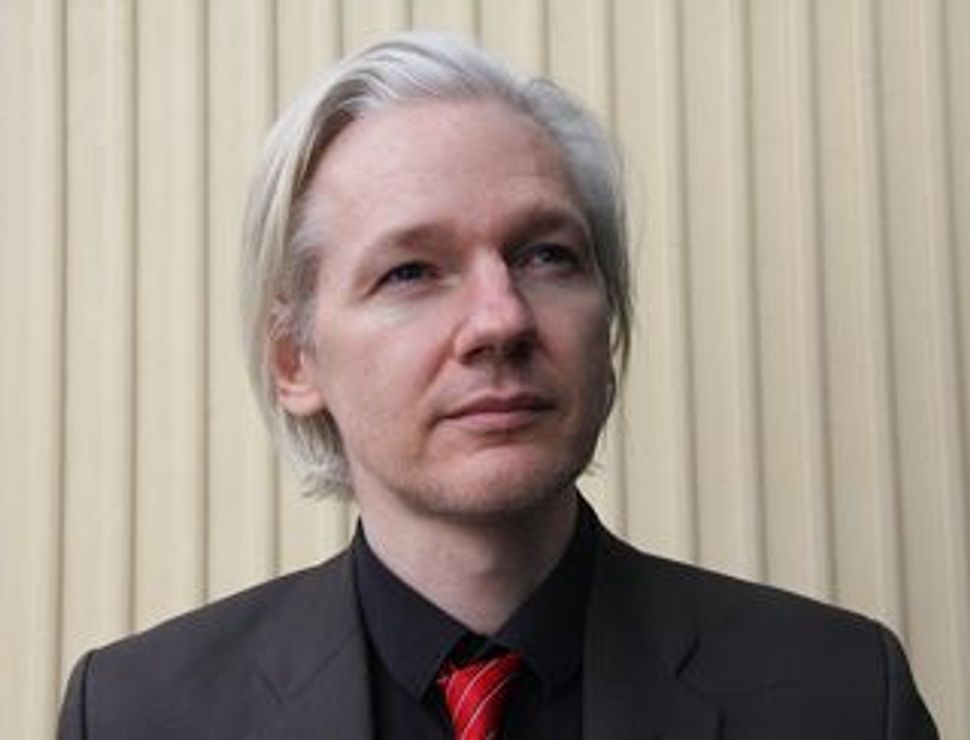 After keeping a relatively low profile in recent months, Julian Assange has re-emerged with a lengthy interview in this weekend’s edition of Israeli newspaper Yediot Aharonot. Speaking from the English estate where he’s under house arrest, the Wikileaks founder denied recent accusations of anti-Semitism, and promised more embarrassing revelations on his controversial Web site — which this time will focus on Israel.

As he awaits a British court’s decision about whether to extradite him to Sweden to face sexual-assault charges, Assange is speaking about the documents he has yet to release on Israel. The country survived Wikileaks’ massive “intelligence dump” last summer relatively unscathed, but could sustain more damage from the 6,000 documents Assange claims he’ll release in the near future.

Demonstrating his flair for suspense, the Australian Assange refused to get too specific about what the documents contain, but said they cover a wide range of topics, including Israel’s efforts to prevent Iran from gaining nuclear weapons. Other subjects include its efforts to rescue soldier Gilad Schalit from captivity in Gaza, as well as its potential involvement in assassinations of key Hezbollah and Hamas operatives in Dubai and Damascus.

In addition to information that could potentially damage the Mossad and Israeli army, the documents may also embarrass Israel’s secret allies, detailing what the article describes as unexpectedly tight intelligence cooperation between the Jewish state and unnamed Arab countries. Israel’s political leaders may also take a hit – as could their relationship with their counterparts in the U.S. The documents allegedly include American reports mocking internal “ego wars” taking place within Israel’s leadership, as well as documents reflecting America’s harsh view of Israel’s settlement program.

While declining to say when the documents might be leaked — or where Wikileaks received them — Assange denounced allegations of anti-Semitism lobbed at him earlier this year. Assange, who immediately condemned the story at the time, told the Israeli newspaper that the accusations were “completely false,” and speculated that they may have been designed to damage Wikileaks’ relationship with Jewish donors and partners.