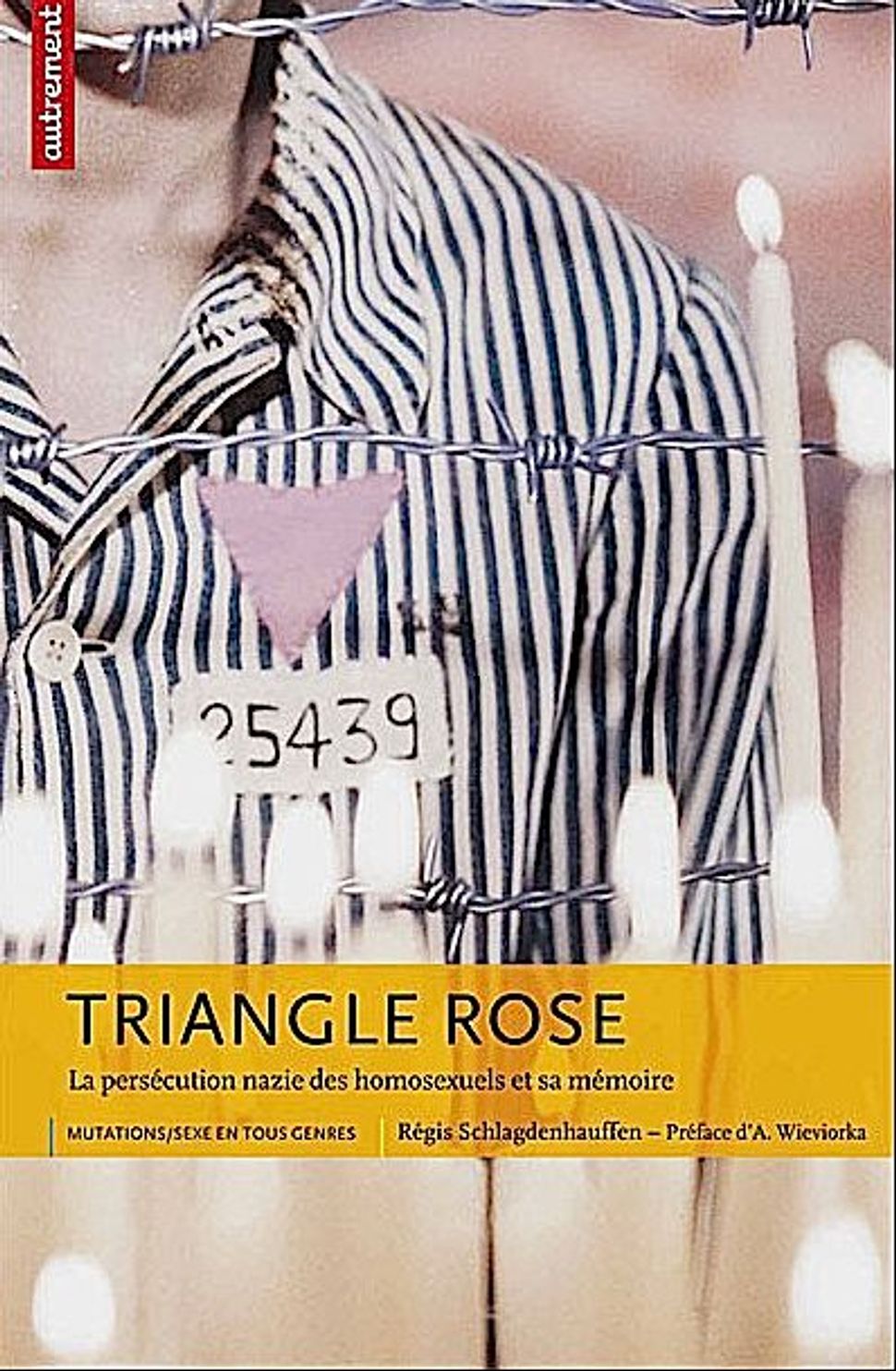 Published on January 26 by Les éditions Autrement, “Pink Triangle,” written by Régis Schlagdenhauffen, a post-doctoral student at the University of Strasbourg, explains that the pink triangle, widely adopted during the 1970s as a symbol of gay people’s ordeals during the Fascist era, was worn by only a small minority of Nazi victims. In concentration camps, green, black, and red triangles were also used to label gay people. In a preface, Holocaust historian Annette Wieviorka praises Schlagdenhauffen’s “powerfully innovative” research, which establishes that there was no Europe-wide mass deportations of gay people.

Nazis imprisoned large numbers of gay people only in Germany and areas annexed to Germany, such as Alsace. Nazi-occupied countries such as France and Poland did relatively little to deport their own gay citizens. Yet Nazis closely identified gays and Jews, attacking such gay Jews as the pioneering German sexologist Magnus Hirschfeld and a Swiss wine importer, Leopold Obermayer. The latter was arrested in Germany in 1936 and murdered in Mauthausen in 1943. The weekly Nazi newspaper Der Stürmer ran the headline: “Trial of the Jew Obermeyer, Corrupter of Men. Horrific Infamies of a Real Talmudic Jew.”

Nazis officially saw homosexuality as a Jewish plot to undermine Aryan population growth. Obsessed with demography and eugenics, in 1936 the Nazis established a “Reich Center for Fighting Homosexuality and Abortion (Reichszentrale zur Bekämpfung der Homosexualität und Abtreibung). These tragic events only began to be recognized publicly in the 1970s and 80s, often over strenuous objections from surviving deportees who suffered for political or religious reasons. At a 1985 commemoration of Nazi deportations from the city of Besançon, a group of gays who wished to participate were attacked by deportees, who shouted

The ovens should be reopened for [gays] to be put inside…They should have all been exterminated.

By contrast, the historian Pierre Vidal-Naquet opined that it is “legitimate that homosexuals commemorate the deportation which victimized them.” Philosopher André Glucksmann agreed: “Everyone has the right to place commemorative wreaths to honor martyred victims, whether they are Jewish, Communist, or homosexual.” These triangles provide a focus for a fascinating study of evolving historical perspectives.