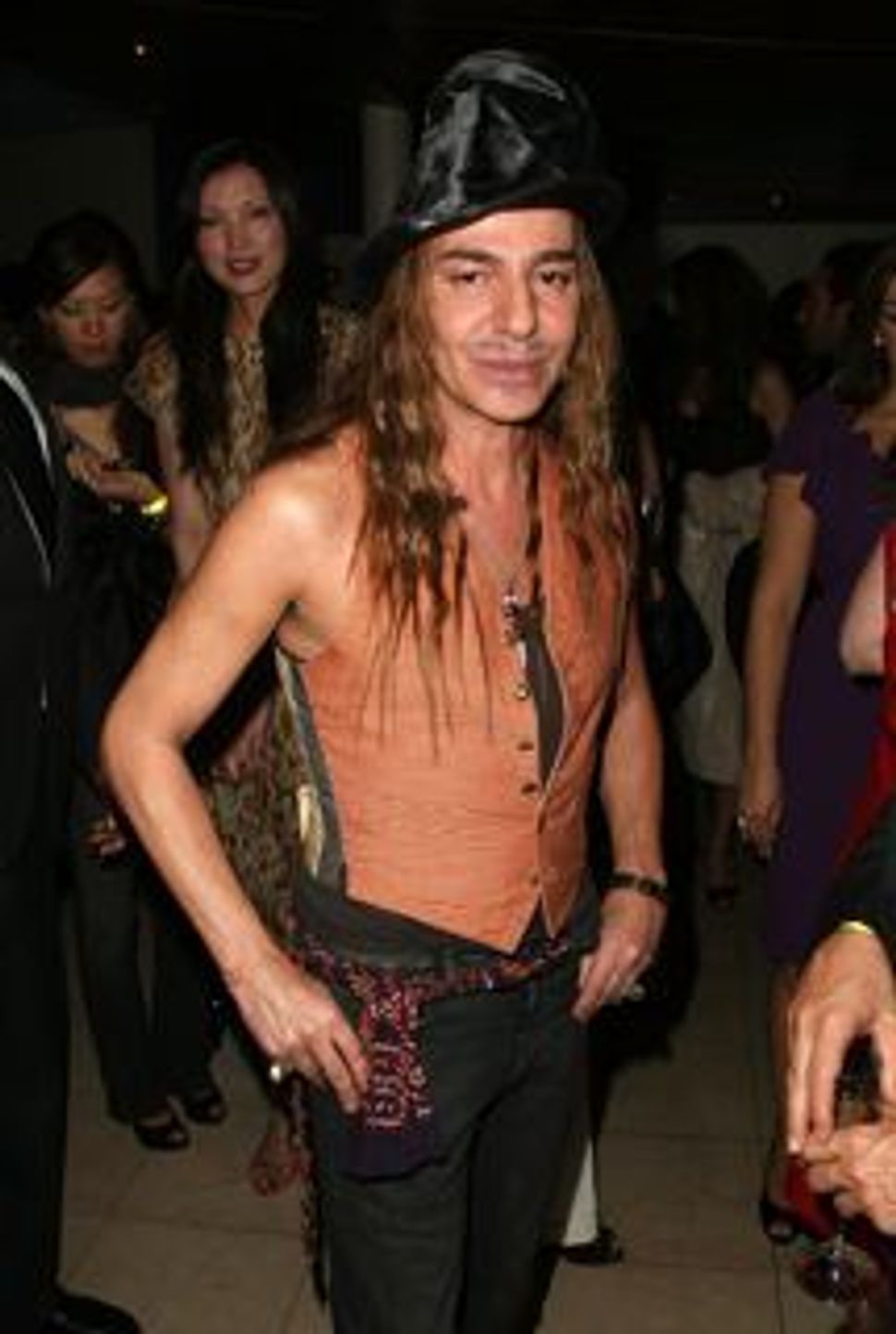 John Galliano must be pretty sorry for his anti-semitic rant.

The British designer has been ousted as head designer of his namesake line, John Galliano. Women’s Wear Daily is reporting that the board of the label has met and decided to fire him. This comes about six weeks after Galliano got the boot from Christian Dior. Galliano’s label is 91 percent owned by Dior.

In February, a video in which Galliano said he “loved Hitler” took the Web by storm. In the video, the once-star designer is seen sitting in a Paris bar and telling someone, “People like you would be dead. Your mothers, your forefathers, would all be f***|*| gassed.” He has reportedly been receiving treatment in Los Angeles for substance abuse.