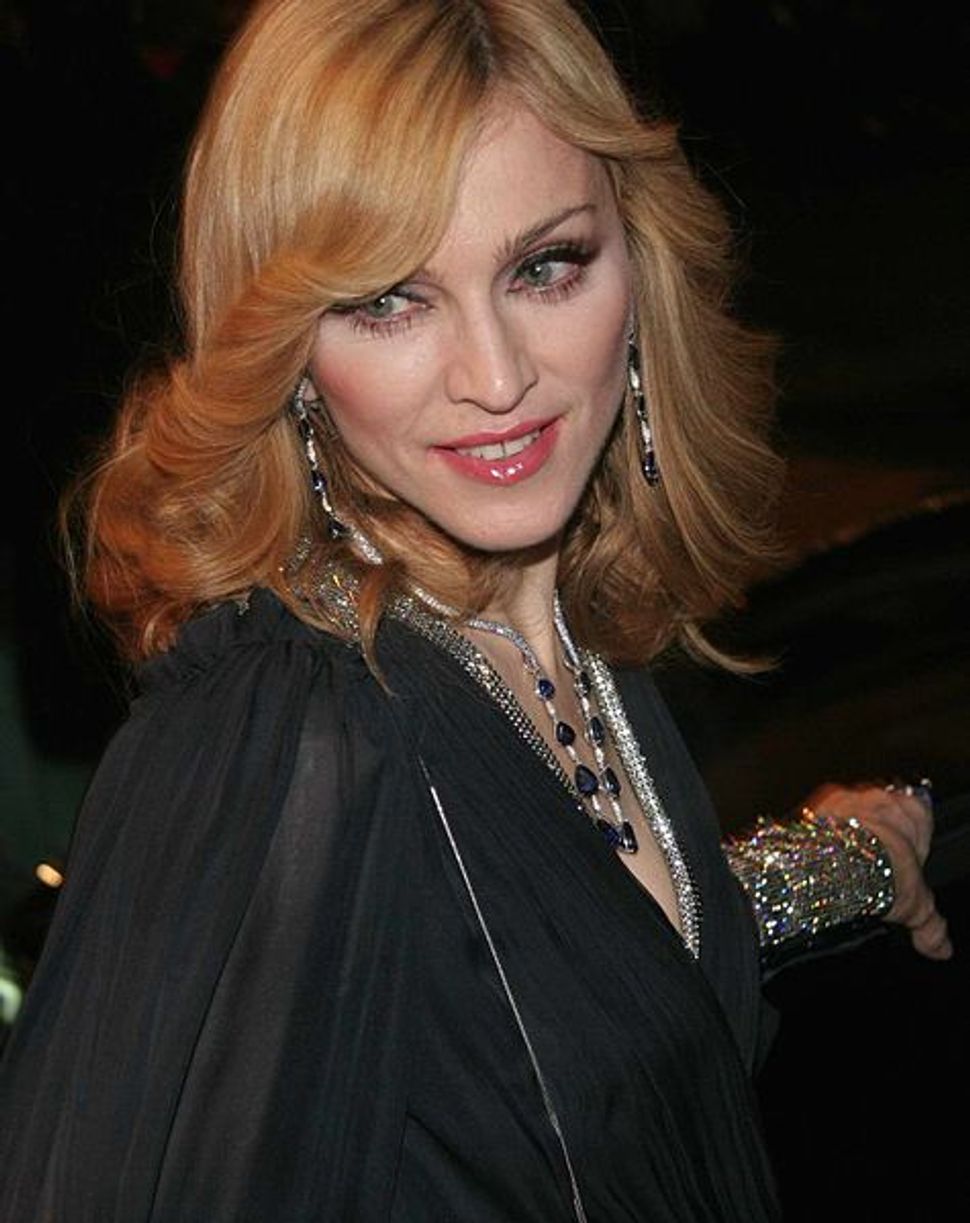 Is kabbalah losing its most famous student?

No one can say for sure, but reports are spreading that Madonna is considering a switch to Opus Dei, the conservative Catholic sect arguably most famous for protesting its own vilification in “The Da Vinci Code.”

The rumors suggest that Madonna sought out the group in reaction to recent embarrassments involving her charity, which collapsed amid reports of major monetary waste and mismanagement. The singer co-founded the organization, Raising Malawi, with Michael Berg, a friend and mentor from the Kabbalah Centre, the object of her religious devotion for the past 15 years.

A number of other Kabbalah Centre adherents were involved in the charity fiasco, which England’s Daily Mail pointed out while reporting last week that the singer had met with Opus Dei officials in London, a meeting her publicist wouldn’t confirm.

With no word from the singer, other outlets are investigating the claims, though none have reached a truly conclusive conclusion. Catholic blog OSV Daily Take comes closest, detailing its own efforts to get clarification. The site spoke with the communications director for Opus Dei’s US branch, who told the blog, “We are doing our own checking into this story and it appears to be simply untrue. We are trying to reach the journalist to find out how this got started.”