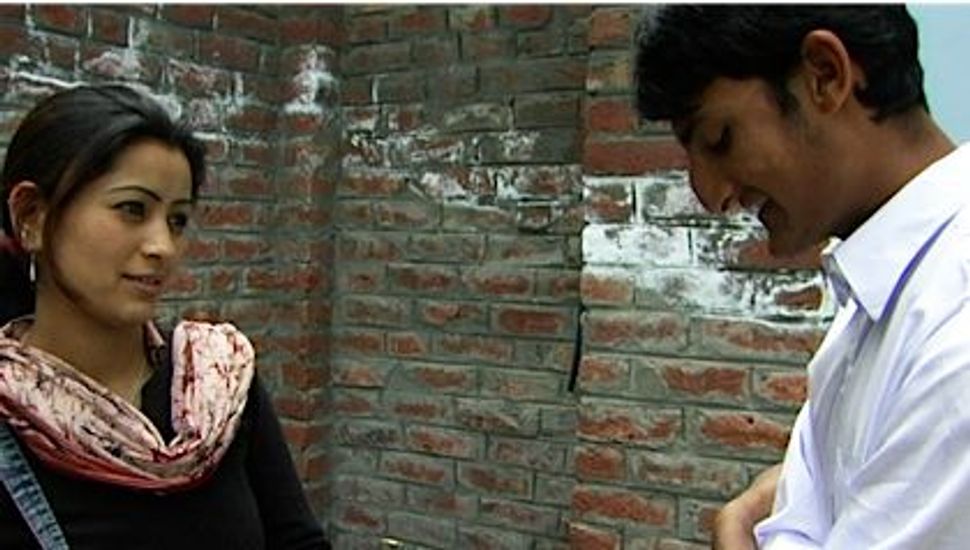 As a child, Tariq Tapa learned to read while traversing Manhattan’s First Avenue to and from school. His mother designed logos for a living (Sky-Line Taxi and Limousine in the Bronx still uses the one she created for the company 25 years ago), and as they walked she would pay particular attention to the signs lining their route, asking her son to sound out the letters he saw. It’s fitting that a couple decades later Tapa, who turned 30 in March and is now a director and screenwriter based in northern California, sees his job partly as a call to animate marks on a page. “The characters you see on a piece of paper, the letters — those can’t be the same as the characters you see before you on the screen, the people,” he said. “I always want to try to turn the abstractions into flesh and blood.”

In his debut film, “Zero Bridge,” which opened at New York’s Film Forum on February 16 and has upcoming screenings in Chicago, Seattle and Pittsburgh, Tapa has succeeded in creating unforgettably vital characters. Set in Srinigar, Kashmir, the film features Dilawar, a misguided 17-year-old smarter than almost everyone around him but incapable of making good choices, and Bani, a young woman whose passport Dilawar has stolen and who unwittingly befriends him. Shaped, like the region they come from, by experiences of violence, oppression and poverty, each represents for the other a source of hope and possible escape. Whether their hopes are fulfilled or escape is achieved remains poignantly ambiguous.

For Tapa, ambiguity is an essential part of storytelling, a truer representation of reality, he says, than any offered by resolution. Raised by a Jewish mother from Atlantic City and a Muslim father from Srinagar (where Tapa spent childhood summers before the insurgency erupted in 1989), he felt a sense of ambiguity in his own life from an early age. Every Saturday, throughout his childhood, he attended Workmen’s Circle meetings and sang songs in Yiddish; every Sunday, he went to the mosque on First Avenue and uttered prayers in Arabic.

But he did not consider himself fully a part of either religion. “When you’re a kid,” he said, “you think, well the only way to access God is, I’ve got to belong either to this treehouse or to that treehouse, whichever one will throw down the ladder and let me up. And if I’m not let into the treehouse, then I don’t get to be close to God.” Never sure which of the treehouses available to him he should climb to, Tapa approached neither.

Instead he turned to cinema. Hiking to the Film Forum (“It’s very, very special,” he said, “to have my own film opening there now”) as often as possible when he was a kid, he felt that the best movies he saw afforded him more of an opportunity for a spiritual understanding of the world than anything else in his life. That feeling deepened when he later studied film at California Institute of the Arts and began his own creative process of bringing to life characters on the screen. As he put it: “The privilege of telling stories and of imagination, and the opportunity to indwell with other consciousnesses, had for me, when I discovered it, every aspect of the gratification of the experience of God.”

Watch the trailer for ‘Zero Bridge’: