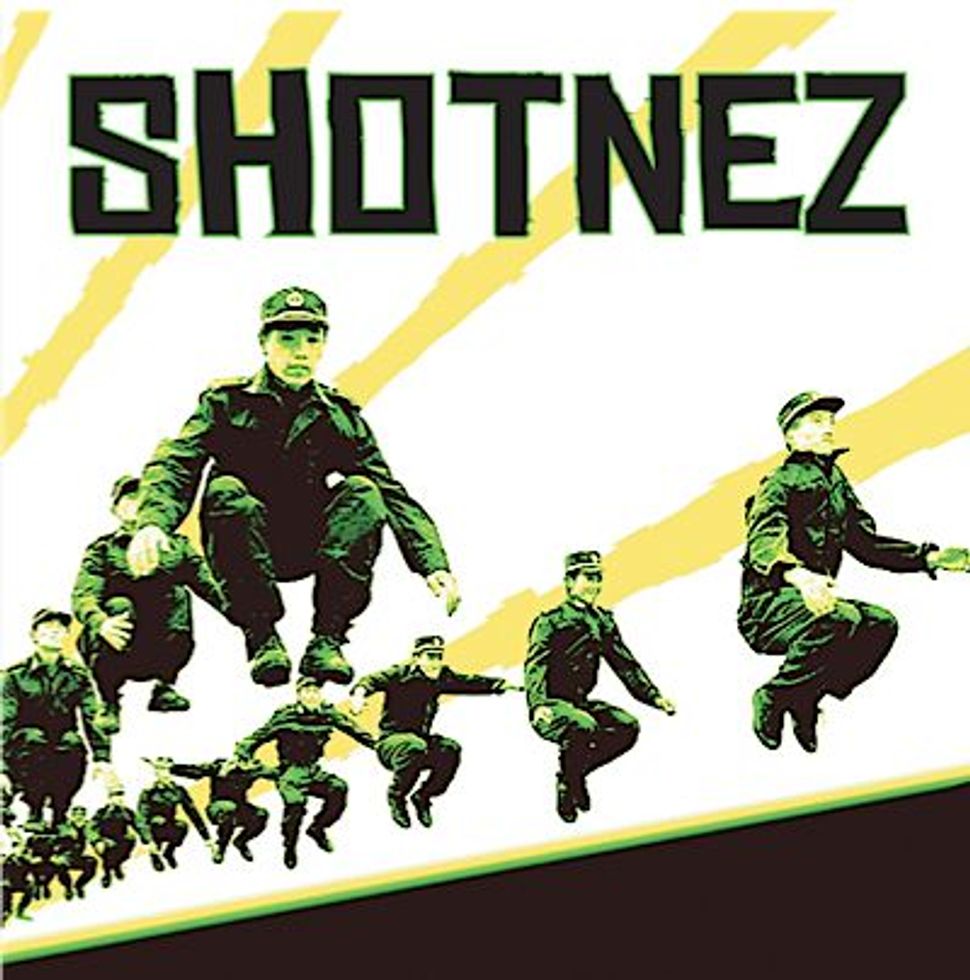 In the late 1960s the term jazz fusion became a popular way of referencing music that borrowed heavily from both jazz and funk, or jazz and rock, or really any two genres that musicians troubled to smash together. If you hadn’t already noticed, fusion has been a dominant mode of expression in Jewish music over the last few decades. Reviews of new albums can tend to sound like exercises in proper noun naming; sometimes it’s easier just to list the influences on an album than it is to explain what they’re all doing together. Klezmer and rock. Klezmer and metal. Ladino and jazz.

JDub Records and John Zorn’s Tzadik label have split the difference on these fusion experiments. Tzadik headed in a more avant-garde direction, where jazz is piled on experimental guitar pieces or post-apocalyptic klezmer piano riffs, and JDub participated more in globe-trotting world music excavations or pseudo-jam acts. On Shotnez’s self-titled debut album on JDub, the band bridges the distance between world music and the avant-garde. Unlike comparable acts, however, Shotnez puts that genre mix-and-matching in the limelight. The band’s name refers to the halachic prohibition of mixing wool with linen, and with tracks like “Stolen Goods” or “Chaos” it suggests that there’s a dark blasphemous heart beating in Jewish fusion music.

On the album opener, “Stolen Goods,” a famous klezmer riff is punctuated by spoken word blasts (“ladies and gentlemen, we interrupt this program to bring you important news” — the news? klezmer!), baritone sax, and surf-style lap steel guitars. On other tracks they borrow sounds from crime jazz soundtracks of the 1950s. Unlike more successful acts, these influences never really gel beyond calling attention to themselves. I don’t know of another klezmer-crime jazz outfit in the world, but Shotnez has trouble convincing listeners that even one is needed.

On the album’s best moment, a lonesome sax plays. Our Humphrey Bogart memories fill in the details — a dark alley, a criminal transaction, men with secrets and femmes fatales. And then a klezmer riff begins to play and the daydream is shattered. At its best, Shotnez sounds like “Fiddler on the Roof” noir. At its worst it’s a grab bag of influences that don’t come together. Why is Bogart listening to Naftule Brandwein? I guess because Lauren Bacall was trying to get back to her Yiddishe roots.