Anne Frank Gets the Musical Treatment 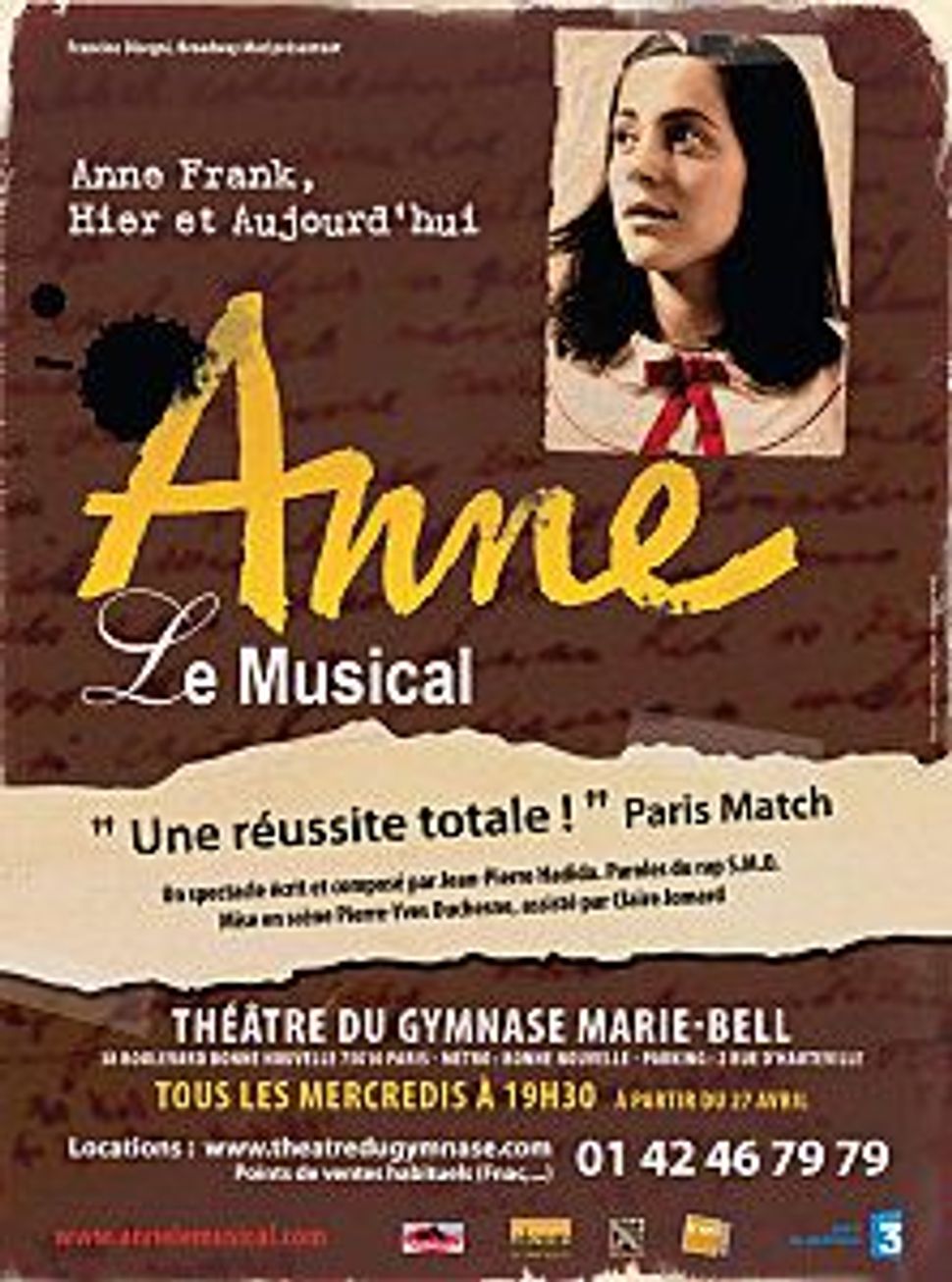 You’ve read Anne Frank’s “Diary of a Young Girl,” but what about her blog? 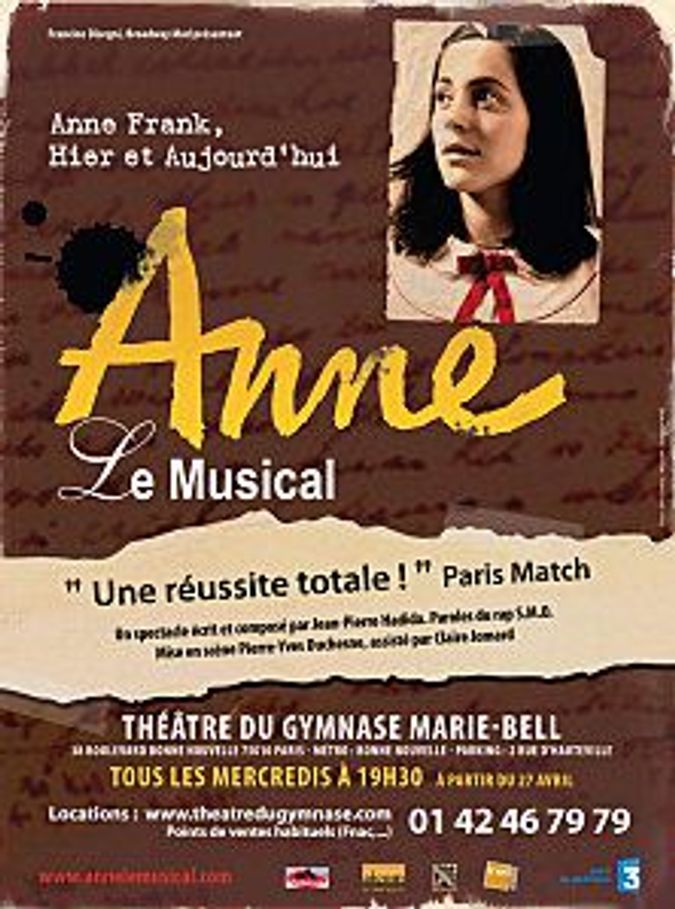 If you’re weirded out by the idea, you may not instantly love “Le Blog de Anne,” part of a promotional Web site for “Anne le Musical,” a song-filled new play about — you guessed it — the murdered Jewish teen.

Premiering today in Paris, the show has stirred controversy with its retelling of Frank’s famous story, in a production that includes rap, among other musical genres.

Somewhat miraculously, “Anne le Musical” turns out not to be in horrible taste, at least if French theater critics are to be believed. Hailed by Paris Match as a “great success,” the show was described by Le Figaro as “most stirring,” and as “a wonderful vocal performance” by Periscope.

A Jewish audience member agreed, telling Israeli news site NRG that the show “really touched my heart. I think … it very much honors the diary and the memory of the Holocaust.”

NRG notes that “Anne le Musical” is not the first musical about Frank, whose diary inspired a non-musical Broadway show that won the Pulitzer and a Tony.

Another musical debuted in Spain several years ago, attracting attention across Europe.

The star of the current show, Chloe Horry, told NRG that the production was in good taste. “It’s not a cheerful musical like ‘Grease,’ ” she said. “It’s not a funny musical. What’s important here is that it demonstrates that she had a full life in the attic.”

You can decide whether you agree with clips from the show’s Web site.

Anne Frank Gets the Musical Treatment