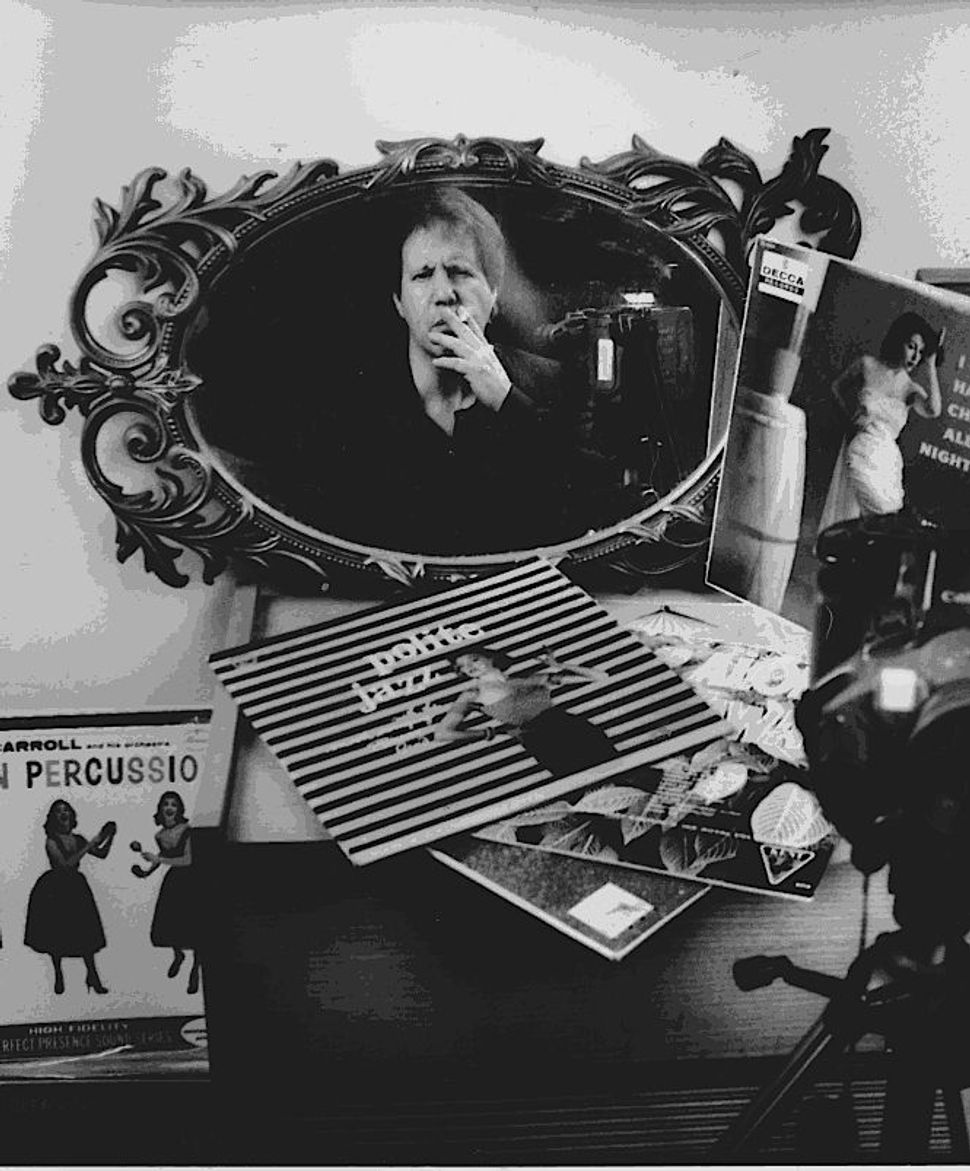 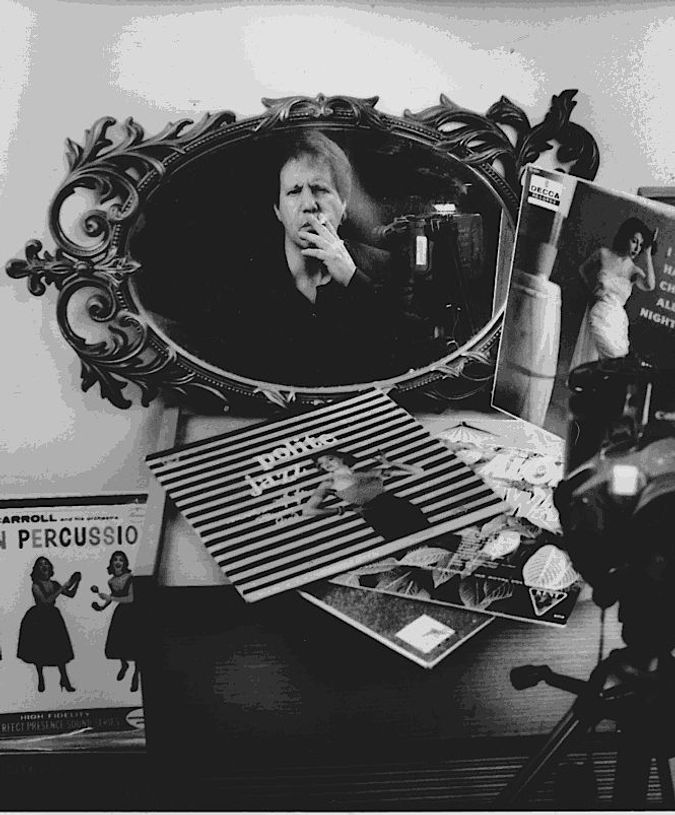 It’s a style that Zweig — a former taxi-cab driver who shares an affinity with the bare-all first-person narratives of Charles Bukowski and Harvey Pekar — would employ in his subsequent studies of human loneliness: 2004’s “I, Curmudgeon,” 2007’s “Lovable,” and 2009’s “A Hard Name.” In the post-“Bowling For Columbine” climate of documentary filmmaking that favours glossy production values, didactic voice-overs, and dumbed-down argumentation, Zweig’s films reek of bluntness and sincerity. Their ostensibly slapdash quality (he doesn’t light his subjects or use crews; it’s all Zweig and his camera) suits their anxious, candid approach — the cinema of emotional crudity.

Now Zweig, 59, is being honoured with a retrospective of his work at the 2011 Canadian International Documentary Film Festival (more colloquially, Hot Docs), which runs from April 28 to May 8 in his native Toronto. It’s a fitting homage, given Zweig’s cult status in the Toronto film scene. I spoke with Zweig in a coffee shop in the Roncesvalles neighbourhood, one of the city’s less gentrified quarters, where the he makes his home.

John Semley: How did you land on the particular style, or non-style, that defines your work?

Alan Zweig: The only thing I was conscious of was the stuff I was doing myself in the mirror. I reserved a right not to include any of it. I was worried about whether people would like or get it, or whether or not it would work. I have this experience often with people where I say, “Well this new film, I really don’t know how this is going to work.” And they say, “Yeah but you always say that.” But one time I’ll be right. It’s not like I’m incapable of making crap. Or incapable of making a bad decision.

Maybe with documentary people are used to certain modes of presentation. There’s the super-vérité fly-on-the-wall style, or the higher-gloss stuff where you can get away with fancy editing.

I don’t know if it’s a matter of what people are used to… I remember when I was making “I, Curmudgeon,” my nephew, I guess, by marriage, who was kind of a Republican born-again type, said, “Are you presenting the other side?” I laughed at that but people ask that about docs all the time. Did you ask that about the re-run of Seinfeld last night? Did they show the other side? But I do think people are bringing conventions that they don’t even know they have. They’re thinking of, like, 60 Minutes. That that’s what a documentary is. But the people are much more open. They either like it or they don’t like it.

Would you say your Jewish identity informs your work in any meaningful way?

Somebody would say that the curmudgeonly thing is the most Jewish thing about me. Jews wouldn’t say, “You’ve got to give 110%.” They know there’s no such thing. The Jewish ideal is: right now, I’m not in pain, so let’s be happy with that… My mother used to say to my dad, “Sid, how’s the roast this week?” and he’d say, “Well I’m eating it aren’t I?” It’s like, “it’s good enough to eat — let’s not have a parade. If it’s bad, I’ll complain. But be happy I’m eating it and don’t push your luck.”

I’m kind of embarrassed, but I have those moments where you say “cha-ching”… But I want to feel full. When I feel full, I stop [shooting]. There’s another part to it, which is that when I’m shooting a film I’m doing something I don’t get to do except then. There’s like two months out of every three years that you’re shooting your film. You’ve got to hunker down and get in the zone. I often compare it to feeling like a repo man. I’m not myself.

You’ve got to get into character.

Right. And as I’ve got older, getting into character has gotten slightly more intimidating. Like, “Oh sh—t, today I gotta do that.” It’s like putting on a cloak. Once I get the cloak on, I’m okay.

It seems like the older you get, the more comfortable you’d become with the whole procedure.

I don’t want to feel sorry for myself, like nobody asked me to do this. But there’s something unnatural about the whole thing.

Filmmaking period. Like you’re writing an article about me and I’m a featured artist in this retrospective and I’m in my films. But I wouldn’t mind retiring to something a little more humdrum, in a way. In my case, I had 22 or 23 good, solid years of what I could call failure, before I had some success with “Vinyl.” In those years when I was a failure, I had energy. I’d have an idea and feel like the expression of that idea was so important to me that I’d just do it. By the time I had success, it was like that made me tired. By the time it wasn’t for nothing anymore… I don’t know. I just have a lot of thoughts that, like, today I pitched a new film and if they didn’t say yes to that film, I wouldn’t have a job.

Well when you’re slumming it and want to express something and climb out of the gutter, for lack of a better phrase, there’s more motivation.

Yeah, you have the energy. You have the true belief. Like who knows why you want to do something? Some people say they were born to do things. I don’t believe that. My life could have taken any number of paths. But one of the reasons I wanted to do it, which I would have denied when I was a failure, was that I wanted some recognition. And when I got it — well, I never got a lot of it. But I got some of it. And I realized if that was the reason I wanted to do it then it’s not a reason anymore. Now a lot of the reason I make films is because I’m too old to find something else to do.

Watch the introduction to ‘Vinyl’: