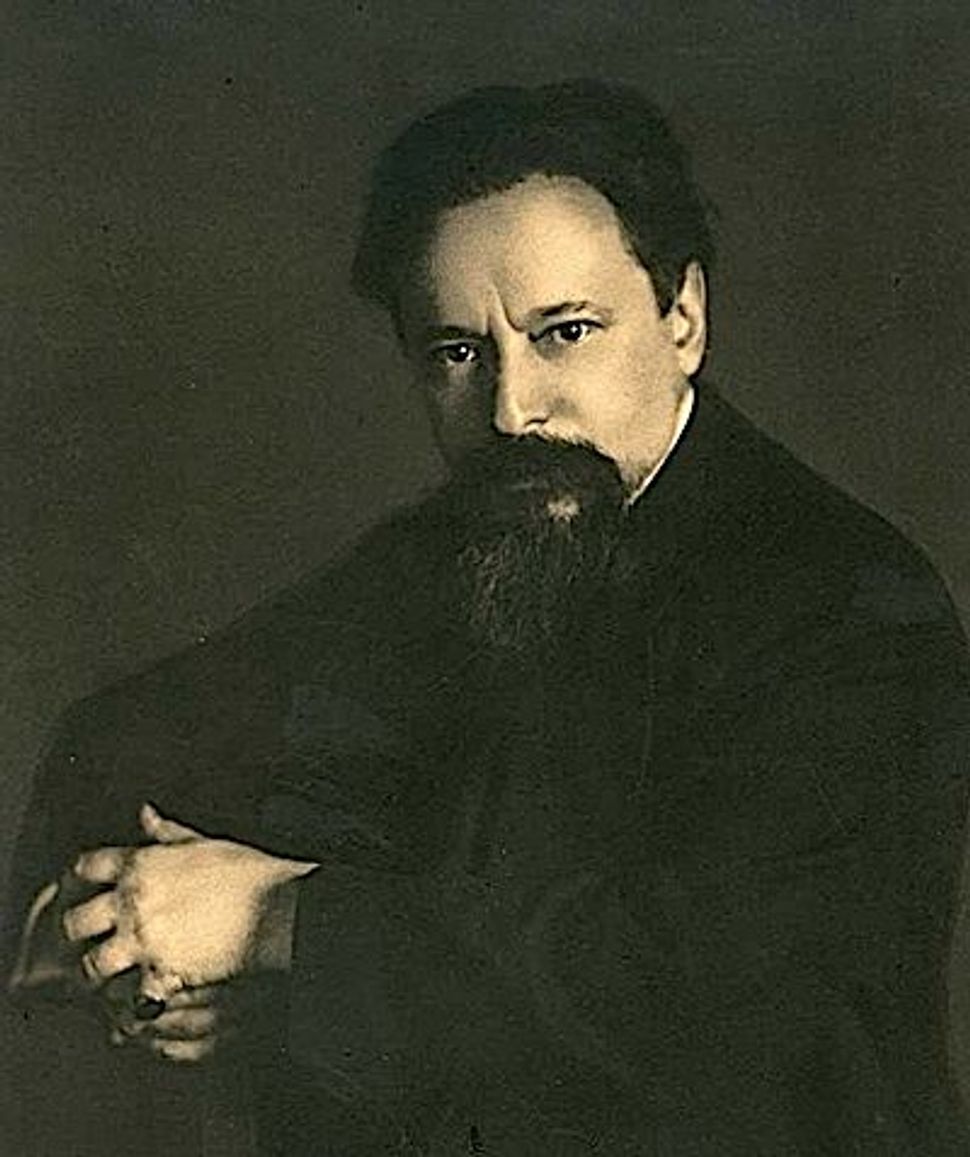 The German Jewish philosopher Theodor Lessing was a firebrand, author of profoundly unsettling books such as 1930’s “Jewish Self-Hatred” (Der jüdische Selbsthaß), a welcome new edition of which has just appeared from Agora from Presses Pocket in France.

It’s translated and introduced by Maurice-Ruben Hayoun, a Germanist who teaches Jewish philosophy at the University of Geneva and publishes frequently on historical questions of Jewish identity and Jewish philosophy. Also a specialist on The Zohar, Hayoun explains that Lessing irked his contemporaries, but posterity has often proven him correct, such as when “Jewish Self-Hatred” states that German Jewry’s quest for social assimilation was a lethal delusion.

Lessing cites a series of exceedingly unhappy Jews, including two Austrian Jewish philosophers, Arthur Trebitsch and Otto Weininger — the hysterical author once described by the Jerusalem Post as “auto-anti-Semitic.”

Lessing’s Zionist foresight made him eventually flee to Marienbad, Czechoslovakia, where he was murdered in 1933 by Nazis who clearly saw him as an early enemy (Czech President Tomáš Masaryk called Lessing “Nazism’s first victim”). Hayoun places Lessing alongside Gershom Scholem — especially in Scholem’s much-admired memoir “From Berlin to Jerusalem: Memories of My Youth” — as a critic of assimilation, although Lessing did not live long enough to be able to pronounce any I-told-you-so’s.

Lessing is less well known for a curious, if less life-or-death, cause that he presciently embraced around the turn-of-the-century: noise abatement. In 1907 he founded the first German anti-noise society (Antilärmverein), to combat urban bedlam.

Certainly Lessing fought exhausting battles to put his ideas across; one student recalled Lessing as “resembling a somewhat fatigued actor” in class, which is understandable given his unrelieved pugnacity, even with people who might ordinarily have agreed with some of his views. For instance, Lessing attacked the now-largely forgotten Prussian Jewish critic Samuel Lublinski for “selling himself’ to the German literary establishment. Part of that establishment, the novelist Thomas Mann, whose work had been lauded by Lublinski, then published a 1910 article stating that Lessing was a “disgraceful dwarf who should consider himself lucky that the sun shines on him, too.”

The controversy, as recounted in Hermann Kurzke’s 2002 “Thomas Mann: Life as a Work of Art. A Biography” does not make any of the participants look good. Like most prophets, who are rarely pleasant people to know personally, Lessing looks better today than he did during his lifetime, especially since his writings may now be read “in the Shadow of Auschwitz,” as one 1994 German study plausibly situates him.

Watch Hayoun analyze the prewar crises in the German Jewish community, including Lessing’s, at a 2003 Paris colloquium.