Rabbi and Father of 11 on Trial for Molesting IDF Officer 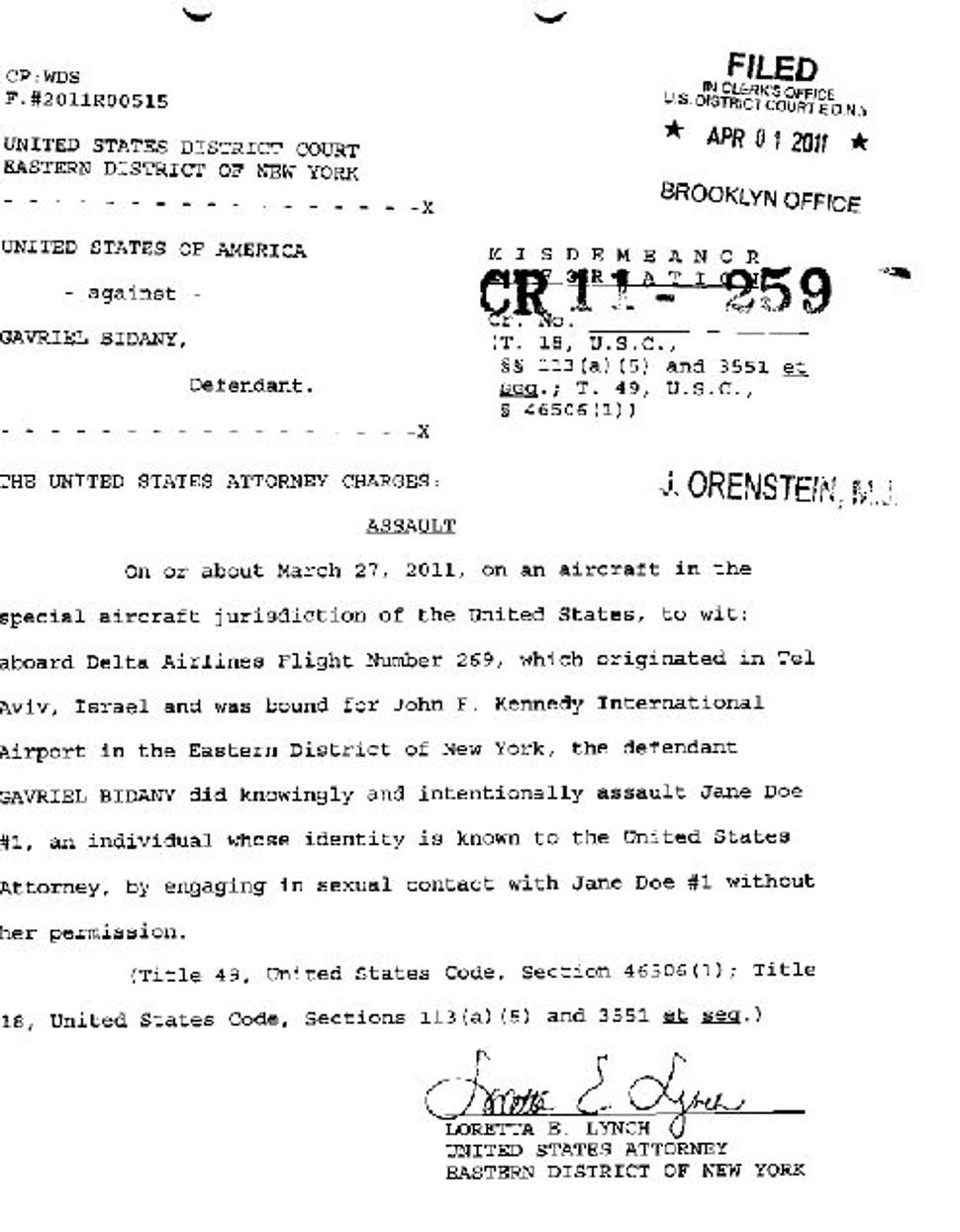 A female IDF officer is not taking an alleged case of misdemeanor sexual contact sitting down — especially not while sitting on an airplane.

The NY Daily News reported that the 23-year-old officer, who commands a missile defense unit, has accused an Orthodox rabbi and father of 11 of groping her groin and breast while sitting next to her on Delta flight 269 en route from Tel Aviv to New York last March 27. The rabbi, Gavriel Bidany, is currently standing trial in Brooklyn Federal Court, and faces six months in prison if found guilty by Magistrate Ramon Reyes.

The woman has testified that Bidany, who was in the seat next to hers, first touched her groin and later her breast, both times bogusly claiming to have been asleep when it happened. The first time, he took his hand away when she was startled awake by the groping after having put her head down on the tray table to rest. The second time, she reportedly asked him what he was doing, and he said, “No, no, it’s a mistake. I’m asleep.”

The woman reported the alleged incident to the flight crew, and Bidany, sporting glasses and a long white beard, was arrested upon landing at JFK airport.

The case’s prosecutor claims that the rabbi, who lives in Israel and also does marriage counseling in New York, was leering at the woman with open eyes. While the rabbi’s defense counsel maintains that his client did not “knowingly” touch the woman, the rabbi himself testified on the stand that he did not touch her at all.

Rabbi and Father of 11 on Trial for Molesting IDF Officer