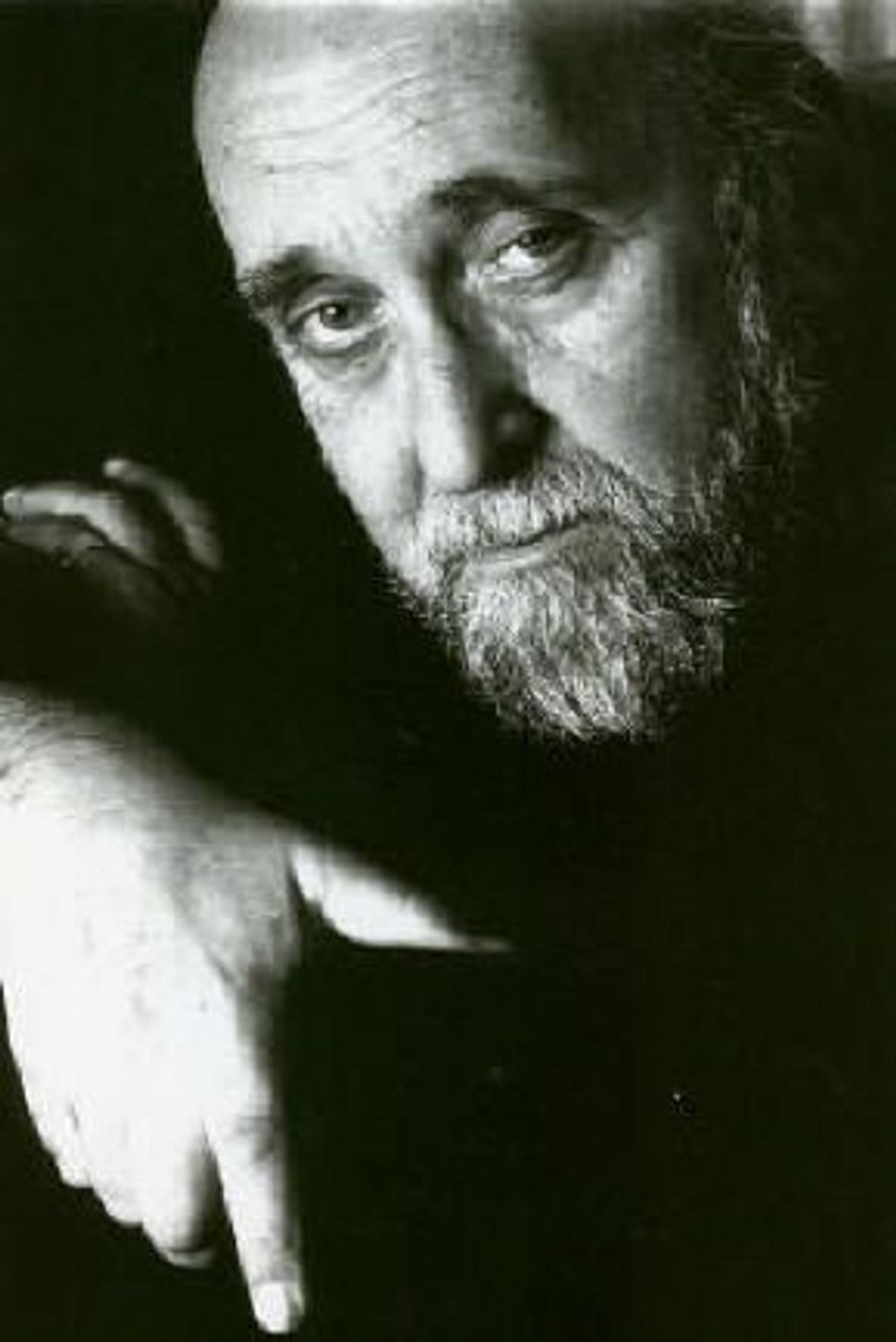 To last week’s “The Thinking Person’s Guide to Holocaust” published here in the Forward, another significant contribution can be added: Jerome Rothenberg’s “Triptych,” which assembles three serial poems — “Poland/1931,” “Khurbn” and “The Burning Babe.”

Today on The Arty Semite, we’re featuring an excerpt from the middle section. As Rothenberg poignantly points out in the preface, the word “Holocaust” never quite captured the experience for him, being “too Christian & too beautiful, too much smacking of a ‘sacrifice,’” while Khurbn (Yiddish for “destruction”) projected the meaning more vividly. Indeed, a “sacrifice” is something torn from the self and forever given up on, while the ruins implied by the Yiddish term remain as a phantom limb, the ever-living other-worldly part that continues to exist and communicate.

This communication, for Rothenberg, happens through poetry: “poetry as the language of the dead.” Poet and critic Charles Bernstein, in the introduction to the volume (republished in The Brooklyn Rail), points to the fact that Rothenberg “never fails to open onto a void or negation or absence.” Moreover, one could say, the poet is constantly re-inventing new ways in which the absence can speak. Repetition of the word “empty” in “Dos Oysleydikn” (“The Emptying”) becomes a void-ridden chorus. It is the point where the poem turns most musical, and approaching music, it sheds physicality and brings readers towards the realm of the ghosts the poem is seeking to access and amplify.

In 1987 I was a decade, more, past Poland/1931. I went to Poland for the first time & to the small town, Ostrow-Mazowiecka, sixty miles northeast of Warsaw, from which my parents had come in 1920. The town was there and the street, Miodowa (meaning “honey”), where my father’s parents had a bakery. I hadn’t realized that the town was only fifteen miles from Treblinka, but when we went there (as we had to), there was only an empty field & the thousands of large stones that make up the memorial. We were the only ones there except for a group of three people — another family perhaps — who seemed to be picnicking at the side. This was in sharp contrast to the crowds of tourists at Auschwitz (Oswiecim / Oshvietsim ) & to the fullness of the other Poland I had once imagined. The absence of the living seemed to create a vacuum in which the dead — the dibbiks who had died before their time — were free to speak. It wasn’t the first time that I thought of poetry as the language of the dead, but never so powerfully as now. Those in my own family had died without a trace — with one exception: an uncle who had gone to the woods with a group of Jewish partisans and who, when he heard that his wife and children were murdered at Treblinka, drank himself blind in a deserted cellar & blew his brains out. That, anyway, was how the story had come back to us, a long time before I had ever heard a word like holocaust. It was a word with which I never felt comfortable: too Christian & too beautiful, too much smacking of a “sacrifice” I didn’t & still don’t understand. The word with which we spoke of it was the Yiddish-Hebrew word, khurbn [khurban], & it was this word that was with me all the time we stayed in Poland. When I was writing Poland/1931, at a great distance from the place, I decided deliberately that that was not to be a poem about the “holocaust.” There was a reason for that, I think, as there is now for allowing my uncle’s khurbn to speak through me. The poems that I first began to hear at Treblinka are the clearest message I have ever gotten about why I write poetry. They are an answer also to the proposition — raised by Adorno & others — that poetry cannot or should not be written after Auschwitz. Our search since then has been for the origins of poetry, not only as a willful desire to wipe the slate clean but as a recognition of those other voices & the scraps of poems they left behind them in the mud.

In the Dark Word, Khurbn

all their lights went out
their words were silences,
memories
drifting along the horse roads
onto malkiner street

returning to a single word
the child word
spoken, redeyed on
the frozen pond

was how they spoke it,
how I would take it from your voice
& cradle it

at honey street in ostrova
where did the honey people go?
empty empty
miodowa empty
empty bakery & empty road to warsaw
yellow wooden houses & houses plastered up with stucco
the shadow of an empty name still on their doors
shadai & shadow shattering the mother tongue
the mother’s tongue but empty
the way the streets are empty where we walk
pushing past crowds of children
old women airing themselves outside the city hall
old farmers riding empty carts down empty roads
who don’t dispel but make an emptiness
a taste of empty honey
empty rolls you push your fingers through
empty sorrel soup dribbling from their empty mouths
defining some other poland
lost to us the way the moon
is lost to us
sorrel in gardens mother of god at roadsides
in the reflection of the empty trains
only the cattle bellow in
like jews the dew-eyed wanderers
still present still the flies
cover their eyeballs
the trains drive eastward, falling
down a hole (a holocaust) of empty houses
of empty ladders leaning against haystacks no one climbs
empty ostrova & empty ostrolenka
old houses empty in the woods near vyzhkow
dachas the peasants would rent to you
& sleep in stables
the bialo forest spreading to every side
retreating the closer we come to it to claim it
empty oaks & empty fir trees
a man in an empty ditch who reads a book
the way the jews once read
in the cold polish light the fathers sat there too
the mothers posed at the woods’ edge
the road led brightly to treblinka
& other towns beaches at brok
along the bug
marshes with cat tails
cows tied to trees
past which their ghosts walk
their ghosts refuse to walk
tomorrow in empty fields of poland
still cold against their feet
an empty pump black water drips from
will form a hill of ice
the porters will dissolve with burning sticks
they will find a babe’s face at the bottom
invisible & frozen imprinted in the rock