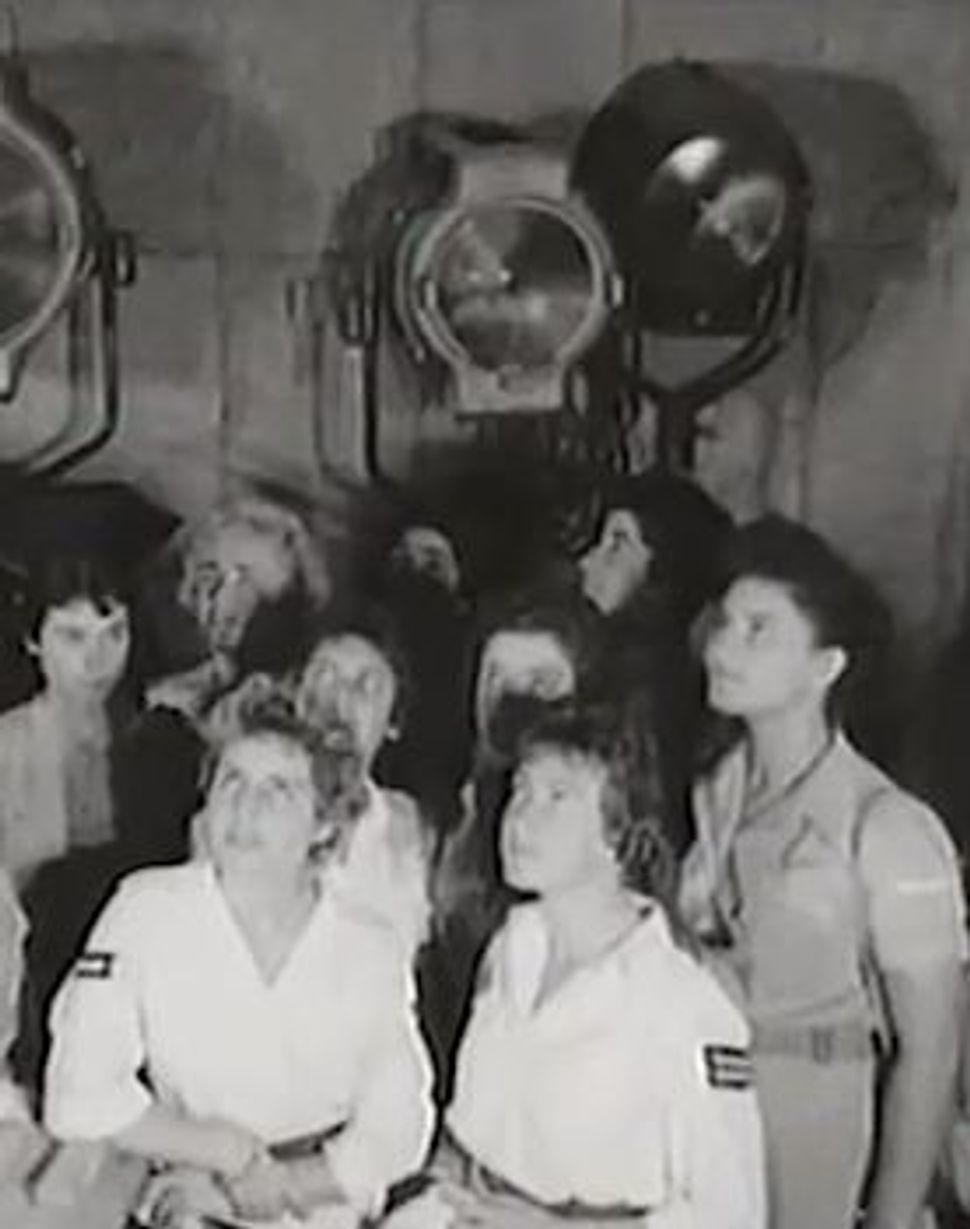 Founded in 1950 by two young filmmakers, Mordechai Navon and Yitzhak Agadati, Geva Studios produced the “Diaries” along with films about Kibbutzim, the Histadrut Labor Union, and new settlements. The studios also produced many narrative films, starting with Larry Frisch’s “A Cab Story,” (“Ma’aseh B’Monit”) about travelers stranded between Tel Aviv and Jerusalem. Artistic films, including Uri Zohar’s satiric “Chor Ba’levana” (“A Hole in the Moon”), were joined by historical epics, films about the 1948 War of Independence, cult films such as “Kazablan” and many “Bourekas” films — ethnic comedies and musicals that, despite their stereotypical portrayals, played an important role in forging Sephardic awareness and pride. Many of Israel’s leading directors and actors had their start at the Studios, including Menahem Golan, whose later career as a Hollywood director and producer included Arnold Schwarzenegger and Sylvester Stallone’s early films.

The birth of Israeli TV, the move from film to video, and squabbles between new owners led to the studios’ closure in the early 1990s. Ya’akov Gross, a film historian, documentarian and the son of Nathan Gross, one of the original filmmakers, tried to preserve the buildings and create a national film museum on the site as a center for young filmmakers and television studios, but the land’s owner and the municipality of Givatayim preferred to give the location to developers. Gross was granted use of the space for a month and created an extensive and moving exhibit as a homage to the bygone era.

When the bulldozers move in, the place where the record of Israel’s early history and many artistic and popular films were created will vanish. During our meeting at the Studios, Gross recollected his participation in many of the films, starting as a 3-year-old bathing in a tin bathtub in “Mayim Chaim” (“Living Waters”), a film about the importance of water for the new nation. While disappointed, Gross said: “This is not the end. The memories embedded in the visions of the creators of the diaries and the films, as well as in all who viewed them and saw themselves and their dreams presented, remain.”